In just the first nine months of 2019 overall, UNAMA counted more than 8,200 civilian casualties - 2,563 killed and 5,676 injured - similar to figures in the corresponding nine-month periods from 2014 onwards. But the last three months, has seen an “unprecedented number of civilian casualties”, UNAMA said.

United Nations figures released today show record-high levels of civilian casualties in #Afghanistan and indicate an urgent need for all parties to the conflict to do more to protect civilians from harm. Read more: https://t.co/hdWH6Qjl1k#HumanRights #ZeroCivilianCasualtiesNow pic.twitter.com/MzESO4f98x

In July, the Mission documented the country’s bloodiest month on record, with the highest number of civilian casualties in a single month since the UN began systematic documentation in the country, in 2009.

“Civilian casualties at record-high levels clearly show the need for all parties concerned to pay much more attention to protecting the civilian population, including through a review of conduct during combat operations,” said Tadamichi Yamamoto, the Secretary-General’s Special Representative for Afghanistan.

The harm done signals the importance of peace talks for a ceasefire, Mr. Yamamoto added, calling for a political settlement to the conflict. “There is no other way forward”, he said.

This year the country saw an overall decline in civilian casualties during the first six months, largely due to a decrease in the number of casualties caused by anti-Government militants, but brutal clashes reignited around the time civilians headed to the ballot box in late September, with election-related violence claiming at least 85 lives, and injuring hundreds more, UNAMA revealed  in special investigation published on Tuesday.

The Thursday quarterly report documented that from the New Year through 30 September, anti-Government elements were responsible for more than 5,000 civilian casualties, comprising 62 per cent of total civilian casualties for the time period.

As for technical causes, suicide and non-suicide improvised explosive devices (IEDs) claimed 42 per cent of all casualties, while ground engagements were the second leading cause of harm to civilians, at 29 per cent, followed by aerial attacks which caused the majority of civilian deaths, and made up 11 per cent of total casualties.

In addition to detailing casualties and their causes, UNAMA’s figures indicate that 41 per cent of all civilian casualties in Afghanistan were women and children.

Fiona Frazer, Human Rights Chief at UNAMA called the impact of the conflict on Afghan people “appalling” and said the UN will continue its advocacy work until the country sees the number of civilians injured or killed, at zero. 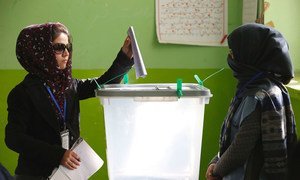 Eighty-five people were killed and another 373 injured during attacks related to the recent presidential election in Afghanistan, a report by the UN Assistance Mission in the country, UNAMA, reveals. 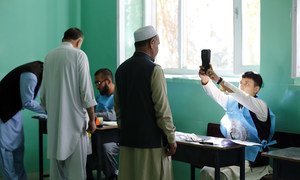 UN Secretary-General António Guterres has welcomed the conduct of presidential elections in Afghanistan on 28 September and commended all Afghans “who exercised their democratic voice and upheld their right to vote, braving security concerns”.