Welcoming the development, UN Special Envoy for Yemen, Martin Griffiths, said he hoped that it would lead to both sides meeting “in the nearest opportunity” to resume the discussions on a future exchange, as per the UN-led deal signed by their representatives in the Swedish capital last December.

"I welcome the release of detainees by Ansar Allah &amp; hope this will lead to initiatives to facilitate the detainees exchange as per the Stockholm Agreement. I welcome previous steps by GoY &amp; Arab Coalition leading to release #Yemeni minors"#Yemen https://t.co/3WXtcU9xcj pic.twitter.com/gp535ldQsD

Describing the release of conflict-related prisoners as a “unilateral” move by Ansar Allah - the official name of the Houthis - Mr. Griffiths said he hoped that the move “will lead to further initiatives that will facilitate the exchange of all the conflict-related detainees as per the Stockholm Agreement”.

In addition, he urged the parties “to expedite the release, transfer and repatriation” of prisoners, while welcoming “previous steps” taken by the Government of Yemen and the Arab Coalition that led to the release of Yemeni minors”.

Under the terms of the Stockholm Agreement, some 7,000 prisoners were due to be swapped by both sides.

The other key elements of the deal covered the pull-back of troops from the Red Sea port of Hudaydah – a vital aid, fuel and medical lifeline for millions of Yemenis – and the deescalation of fighting in Taizz city.

Since fighting escalated in Yemen in March 2015 when a Saudi-led coalition lent its support to the embattled Government of President Hadi, UN data indicates that out of nearly 20,000 civilians injured, 7,537 non-combatants are confirmed to have been killed.

It also noted that the highest civilian casualties were recorded in Hudaydah, where it described the situation as “alarming - particularly in terms of on-ground armed clashes”.

The same two-week period also saw three extrajudicial killings in Aden; two by the Security Belt Forces (SBF) and one case attributed to forces loyal to President Hadi, OHCHR said, citing hostilities and armed clashes “in many parts of the country”.

In a statement, the International Committee of the Red Cross (ICRC) confirmed that the prisoner release had taken place on Monday, describing it as a “positive step”.

In total, 290 detainees were freed, ICRC noted, including 42 survivors of an attack reportedly by the Saudi-led coalition, on Dhamar detention facility in central Yemen earlier this month; a former community college building.

“We are always ready to act as a neutral facilitator in the release of detainees when we receive a request from the parties to the conflict,” said Franz Rauchenstein, ICRC head of delegation in Yemen.

The hope is that “this operation opens the door to further releases to bring comfort to families awaiting reunification with their loved ones”, he added.

According to the Red Cross, a medical staff member was present prior to the release to make sure the detainees were fit to travel.

Two released detainees were transferred to their areas of origin by Yemeni Red Crescent Society ambulances, it noted.

Between April and August this year, the Red Cross said that it had also secured the transfer of 31 minors previously held in Saudi Arabia, from Ma’rib in northern Yemen, to Sana’a, the Houthi-held capital, where they were reunited with their families.

A Saudi national detainee with a health condition, was repatriated to Saudi Arabia with the Red Cross’s help, it said, while seven Yemeni detainees held in Saudi Arabia who were also suffering from various ailments, were also sent back to Sana’a. 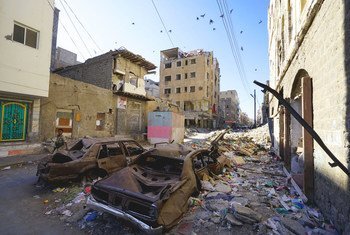 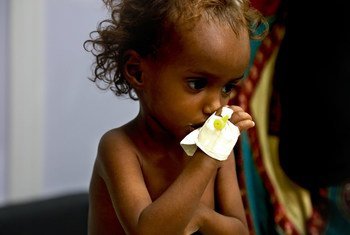 Attacks against oil facilities in Saudi Arabia over the weekend, claimed by rebel fighters in Yemen, are a sign that the war-torn country could be drawn into even greater conflict, the top United Nations official there told the Security Council on Monday.