OCHA/D.Palanivelu
Patients being treated at the Tripoli Government Hospital in Libya.
30 May 2019
UN Affairs

Top stories this Thursday: UN chief Guterres received the Charlemagne Prize for services towards European unification; sexual abuse in Somalia and within the UN; a leap in transgender rights; news from Libya; and new political appointments at the UN. 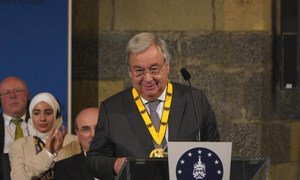 With the post-world war international institutions eroded and under threat, a “strong and united Europe” standing alongside the United Nations, has never been more essential, said UN chief António Guterres in Germany on Thursday.

The Secretary-General was in the ancient continental capital of Aachen, close to the French border, where he received the Charlemagne Prize, awarded each year since 1950, for services towards European unification.

The UN sexual and reproductive health agency, UNFPA, has issued a statement “strongly” condemning a gang rape of a nine-year-old girl on Wednesday, in the central Somali town of Bulo-Burde, some 425 km west of the capital, Mogadishu. UNFPA said that it stands with the girl’s family and called for a speedy investigation into the “grave crime”.

Calling the violation a “gruesome act”, the agency reaffirmed its commitment to the Government and people of Somalia “to ensure that sexual and gender-based violence is eliminated”. Moreover, it underscored it stance that girls and women must “experience their fundamental dignity, human rights and equality”. UNFPA urged everyone to work together for “adequate protection measures for girls and women in Somalia”.

To date, only one of the 37 allegations has been substantiated through an investigation, and referred to the relevant Member State for follow-up; four were not substantiated by the investigation that ensued; 26 are still under investigation; and six are still in the preliminary assessment phase to determine if there is enough information to investigate. 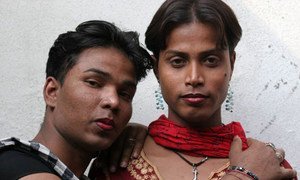 The update to the International Classification of Diseases (ICD-11) has reclassified gender identity disorder, or identifying as transgender, in terms of sexuality, not a “mental disorder”.

Libya: Close to 150 refugees and asylum-seekers evacuated to safety

Against of backdrop of violent clashes in Libya’s capital, Tripoli, 149 vulnerable refugees and asylum-seekers trapped in the hostilities were safely evacuated to Rome on Thursday, according to the UN refugee agency, UNHCR. The evacuees – nearly half of whom are children – are from Eritrea, Somalia, Sudan and Ethiopia, and many need medical treatment after months of dire living conditions in detentions centres in Tripoli.

More than 1,000 refugees and migrants have been evacuated or resettled out of Libya by UNHCR in 2019, while more than 1,200 others have been returned to Libya by the Libyan Coast Guard in just May alone after being rescued or intercepted while attempting to flee by boat.

“More humanitarian evacuations are needed,” said Jean-Paul Cavalieri, UNHCR Chief of Mission in Libya. “They are a vital lifeline for refugees whose only other escape route is to put their lives in the hands of unscrupulous smugglers and traffickers on the Mediterranean Sea.”

Violence in Libya has uprooted the lives of 83,000 civilians, and hundreds have been killed. This week, six health workers were killed and seven injured when two clearly-marked ambulances were hit by shelling on Tuesday and Wednesday.

A new leader for the UN mission in Somalia, and other appointments

Secretary-General Guterres announced on Thursday the appointment of James Swan of the United States as his Special Representative for Somalia and new Head of the UN Assistance Mission in Somalia (UNSOM). He succeeds Nicholas Haysom of South Africa, to whom the Secretary-General expressed deep gratitude.

In addition, Anita Bhatia of India has been appointed as Assistant Secretary-General for Resource Management, Sustainability and Partnerships and Deputy Executive Director of UN Women; Najat Maalla M’jid of Morocco will be the new Special Representative on Violence Against Children; Gilles Michaud has been appointed Under-Secretary-General for Safety and Security; Tatiana Valovaya of Russia, as Director-General of the UN Office in Geneva.

Listen to or download our audio News In Brief for 30 May on SoundCloud:

♦ Receive daily updates directly in your inbox - Subscribe here to a topic.
♦ Download the UN News app for your iOS or Android devices.
sexual exploitation and abuse|PSEA|Secretary-General António Guterres|libya|Somalia|women and girls 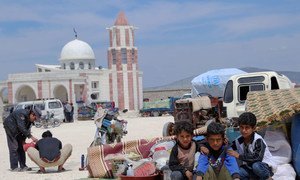 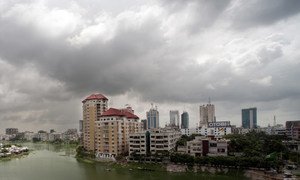