© UNICEF/UN0247721/Arcos
Colombian customs post at Rumichaca, border of Ecuador with Colombia. The UN refugee chief has condemned the toxic language focused on refugees and mingrants

At times - pointing his finger at Security Council members for emphasis - an animated Mr. Grandi said that the stigmatization of refugees and migrants is “unprecedented,” and that traditional responses to refugee crises appear increasingly inadequate.

A refugee crisis…but for whom?

Dissecting the term “refugee crisis” itself, Mr. Grandi asked the Security Council to consider to whom, exactly, that applied: “It is a crisis for a mother with her children fleeing gang violence; it is a crisis for a teenager who wants to flee from war, human rights violations, forced conscription; it is crisis for governments in countries with few resources that, every day, open their borders to thousands. For them, it is a crisis.”

But it is wrong, he continued, to portray the situation as an unmanageable global crisis: with political will and improved responses, as enshrined by the Global Compact for Refugees, adopted last December, it can be addressed, and the Security Council has a critical role to play, particularly in terms of solving peace and security crises, supporting countries that are hosting refugees, and working to remove obstacles to solutions.

Without conflict, most refugee flows would disappear

Conflicts, Mr. Grandi pointed out, are the main drivers of refugee flows: of the nearly 70 million people that are displaced, most are escaping deadly fighting. However, from the point of view of the UN High Commission for Refugees (UNHCR), approaches to peace-building are fragmented; addressing the symptoms, rather than the causes.

The UN refugee chief cited the example of Libya – where UNHCR, along with the International Organization for Migration (IOM), has been working with displaced Libyans, as well as those who have fled conflicts in other countries.

The security conditions, said Mr. Grandi, are “at breaking point”: on Tuesday, the Agency relocated more than 150 refugees from an area heavily impacted by military clashes, the first such relocation since the recent escalation of violence. UNHCR’s view is that conditions in the fractured nation are not safe for rescued or intercepted refugees and migrants, and that these people should not be returned there.

With several staff removed from the country for safety reasons, the Agency’s work is “very, very difficult and dangerous.” The Security Council must, he said, take unified action to end the current military escalation, issue a strong call to spare civilians, including refugees and migrants trapped in the country, and take steps to address the causes of conflict, a necessity if further violence and subsequent displacement, is to be avoided.

The use of the Libyan coastguard was dismissed by Mr. Grandi as an ineffective rescue service, and he condemned the “horrific, unacceptable” conditions for refugees and migrants held in detention camps.

The UN refugee chief went on to exhort the Security council to step up support for the developing countries that host 85 per cent of the world’s refugees, to avoid leaving governments politically exposed, and refugees destitute.

With regards to the return of refugees and migrants to their countries of origin, Mr. Grandi countered the misconception that UNHCR blocks returns: refugees have both a right to return, and also a right to not return, he said, in the absence of security and basic support. The informed choice of refugees must be respected, and returns must be dignified.

Mr. Grandi concluded by returning to the consequences of the toxic language surrounding refugees and migration, citing the example of the recent mosque shootings in Christchurch, New Zealand in March, which left 49 dead.

The response of the New Zealand Government should, he said, be seen as an good example of effective leadership and how to respond to such toxicity, in a firm and organized manner, restating solidarity with refugees, and reaffirming the principle that our societies cannot be truly prosperous, stable and peaceful, if they do not include everyone. 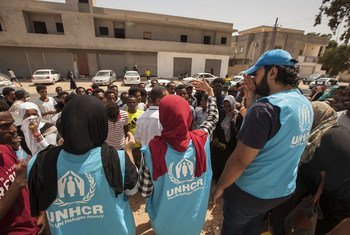 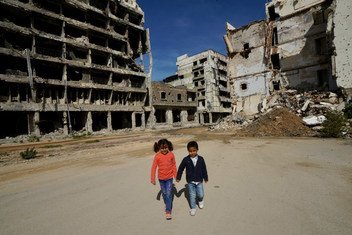