MONUSCO
General Bernard Commins, MONUSCO Force Deputy Commander, in Yumbi, where clashes between Batende and Banunu communities last December caused the deaths of hundreds, and the displacement of many others. The joint mission also visited the site where collective and individual graves had been discovered.
30 January 2019
Peace and Security

A preliminary UN investigation into a massacre reportedly carried out in western Democratic Republic of the Congo (DRC) last month, reveals that “at least 535 civilians were killed in four attacks”, the UN Mission in the country, MONUSCO, said on Wednesday.

In mid-January, UN human rights chief Michelle Bachelet, said that according to “credible reports”, hundreds of villagers from the four communities in Yumbi, had been killed during inter-ethnic clashes between the Banunu and Batende communities, during several days, beginning on 16 December. She deplored the “shocking violence” and highlighted the importance of “investigating and bringing the perpetrators to justice”.

The initial investigation conducted by the Joint UN Human Rights Office (UNJHRO), attached to the mission, has concluded that in addition to the dead, 111 other villagers were wounded.

There has been no confirmation of exactly who carried out the killings but the mission said that “the attacks were conducted in an organized and planned manner, and were extremely violent and fast, leaving little time for the populations to flee”.

The wave of violence was allegedly triggered by a dispute over the burial of the customary chief of the Banunu community.

“The team identified a total of 59 burial sites in two of the attacked towns, but do not rule out more sites,” said a statement from MONUSCO on Wednesday. “Furthermore, 967 properties, including churches, schools and health centers were looted or destroyed, and at least 363 boats were destroyed.”

An estimated 16,000 people reportedly fled Yumbi and the surrounding area, to different locations including “some 7,000 persons who, according to the UN High Commissioner for Refugees (UNHCR), sought refuge by crossing the river into the Republic of Congo. The Mission reports that the security situation is currently relatively calm, with national security forces having deployed to the area.”

The UN and its humanitarian partners have dispatched emergency help in the form of medicine, food, water tablets and malaria kits, and further assistance is on the way.

The head of the UNJHRO has reported that each communal grave discovered so far – reportedly dug initially by local Red Cross workers and returning family members who had fled - likely contained dozens of bodies, while there were more than 40 other individual graves unearthed, following the joint fact-finding mission that was conducted along with local authorities.

The outbreak of inter-ethnic violence in December took place just weeks ahead of crucial Presidential elections, which had been delayed for two years. Voters in Yumbi were unable to cast their votes, as the Electoral Commission building was among those totally destroyed.

MONUSCO said it “strongly condemns” the violence and is calling for a thorough investigation. The mission said it was ready to support the Congolese authorities to “bring justice to the victims, and promote reconciliation between the two communities.”

© UNICEF/UN0264161/Hubbard
On 6 December 2018, at a UNICEF supported crèche in Beni, in the eastern DRC, Kavira Langa Jemima, an Ebola survivor, bathes 6 month old Josue, who's mother is undergoing treatment for Ebola.

In eastern DRC, the outbreak of deadly Ebola virus disease which began six months ago, has now officially become the second largest ever, the UN reported on Wednesday.

More than 740 people, 30 per cent of them children, have been infected so far, and 460 have died, with a total of 258 surviving the disease. UN Children’s Fund UNICEF, said that I was scaling up its response to help victims, as part of the Government and World Health Organization-led effort to end the outbreak – the largest in the country’s history.

“The response to this latest outbreak continues to be hampered by insecurity, frequent movement of people in the affected areas, and resistance from some communities,” said UNICEF.

"While we have been able to largely control the disease in Mangina, Beni and Komanda, the virus continues to spread in the Butembo area, largely because of insecurity and population movement," added Dr. Gianfranco Rotigliano, UNICEF Representative in the DRC. "We are scaling up our response and deploying additional staff in the health zones of Butembo and Katwa, where 65 per cent of the new Ebola cases in the last three weeks have occurred."

♦ Receive daily updates directly in your inbox - Subscribe here to a topic.
♦ Download the UN News app for your iOS or Android devices.
the Democratic Republic of the Congo|monusco|peacekeeeping 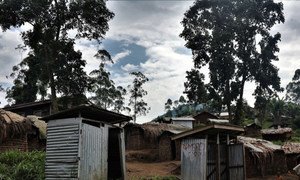 The UN Human Rights Office (OHCHR) said on Wednesday that at least 890 villagers were reportedly killed in the western Democratic Republic of the Congo last month, following brutal inter-communal clashes. 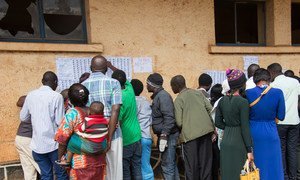