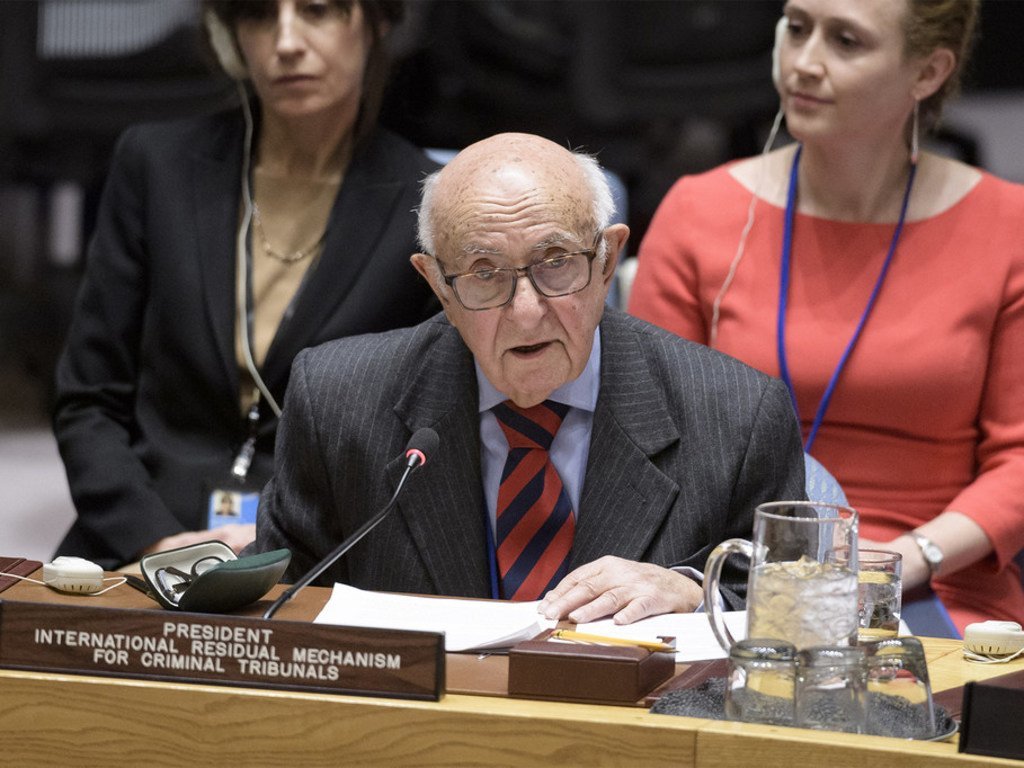 The United Nations should be a role model when it comes to repelling attempts to weaken the rule of law and undermine independent judiciaries around the world, a senior UN judge told the Security Council on Tuesday.

Referring to the conviction, by Turkey, of Aydin Sefa Akay, a justice of the UN International Residual Mechanism for Criminal Tribunals (IRMCT), Mechanism President, Judge Theodor Meron, expressed “profound regret” that a “different and better resolution” had not been found.

“At a time when the world is facing deeply troubling trends related to the undermining of independent judiciaries and the weakening of the rule of law, we at the United Nations simply cannot afford to be anything less than exemplary when it comes to our own handling of interference with judicial independence and actions undertaken in contravention of UN immunities,” he said.

In June 2017, Judge Akay was sentenced to a term of seven years and six months after being convicted of being a member of a terrorist organization.

His arrest, in September 2016, subsequent detention and legal proceedings against him are “inconsistent” with the assertion of his diplomatic immunity by the UN, according to the Residual Mechanism.

President Meron, who was briefing the Security Council for the last time on Tuesday, informed the 15-member body of the “smooth and successful completion” of the first judicial hearing in September at the new, custom-built courtroom in Arusha, Tanzania in the contempt case of Turinabo et al., and thanked the Government of Rwanda for its cooperation in carrying out the arrest and transfer of the accused in that case.

The charges against the group included interfering with witnesses who were under court pretection; knowingly disclosing the identity of protected witnesses in violation of court orders; and having unlawful indirect contact with witnesses.

Such efforts are a reflection of IRMCT’s “unceasing attention to finding ways to improve its methods and work and serve as a model for courts in other jurisdictions,” he said.

President Meron steps down after leading the Residual Mechanism for over seven years, in January, and Judge Carmel Agius will assume the Presidency in January.

In closing, President Meron, who is a Holocaust survivor, recalled that it was the horrors of the Holocaust, the Second World War, and the “untold sorrow” of that conflict that led to the establishment of the United Nations.

It stood as a reaffirmation of faith in fundamental human rights, human dignity, and the rule of law, he said, noting that the Residual Mechanism and the Tribunals before it, serve as reminders of those values for future generations.

“It is a reminder that none of us may stand idly by whilst genocide and other violations of international law are committed or while their commission is denied. It is a reminder today of the chorus of generations from the Poland of my childhood, to the former Yugoslavia, and from Rwanda to so many other places around the world” which “when faced with appalling atrocities, have proclaimed: never again.”

Despite challenges and resource constraints, the International Residual Mechanism for Criminal Tribunals is operating without the support of its two predecessors – criminal tribunals for the former Yugoslavia and Rwanda – and has thus assumed the full scope of their residual functions, the legal body’s President told the Security Council on Wednesday.