His spokesperson, Stephane Dujarric, said on Thursday that one Tanzanian and six Malawian ‘blue helmets’ were killed during joint operations carried out by the UN stabilization mission and the Government’s forces, known by the French acronym FARDC, against the Allied Democratic Forces (ADF) armed group in the east of the country, North Kivu’s Beni territory.

“Initial reports indicate that ten additional peacekeepers were wounded and another one is missing,” said Mr. Dujarric. 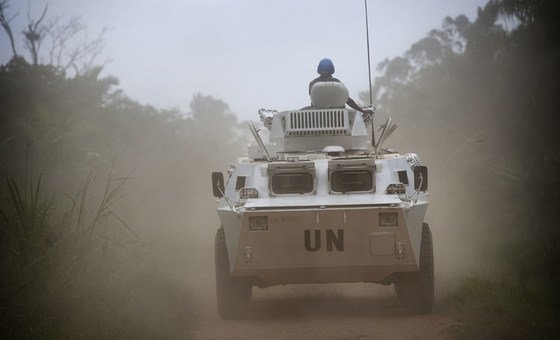 The Secretary-General expressed his deepest sympathy and heartfelt condolences to the peacekeepers’ families and the Malawian and Tanzanian Governments and their people.

He also wished a prompt recovery to the wounded and conveyed his strong support to the Malawian and Tanzanian contingents, which continue to protect local populations against attacks of the ADF and other armed groups.

According to news reports, MONUSCO, as the UN Mission in the country is known, and FARDC have been conducting a joint military operation as the ADF is spreading terror in the country’s east, threatening hopes for trouble-free elections on 23 December.

The Secretary-General called on all armed groups to stop their destabilizing activities that continue to add to the population’s suffering and further complicate the Ebola response.

“He calls on them to disarm immediately,” stressed his spokesperson.

“The Secretary-General encourages the Congolese authorities to continue taking the necessary measures to apprehend and bring to justice the perpetrators of attacks against civilians, national security forces and peacekeepers in the DRC,” concluded Mr. Dujarric.

In a Press statement, the UN Security Council expressed its strong support for the Malawian and Tanzanian contingents, which council members said  "continue to operate in an exceptionally difficult environment to protect local populations against the attacks of the ADF and other armed groups."

The statement "praised the bravery of the peacekeepers engaged in this joint Operation and paid tribute to those killed in action, who made the ultimate sacrifice in the service of peace and stability in the DRC, and to their comrades wounded during this operation." 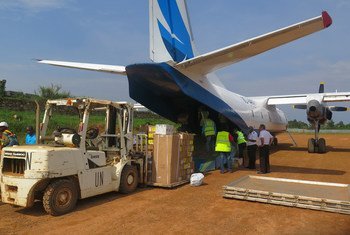 With key national elections due next month in the Democratic Republic of the Congo (DRC), armed groups in the east of the country still threaten to derail the vote, the top United Nations official in the country told the Security Council on Tuesday.