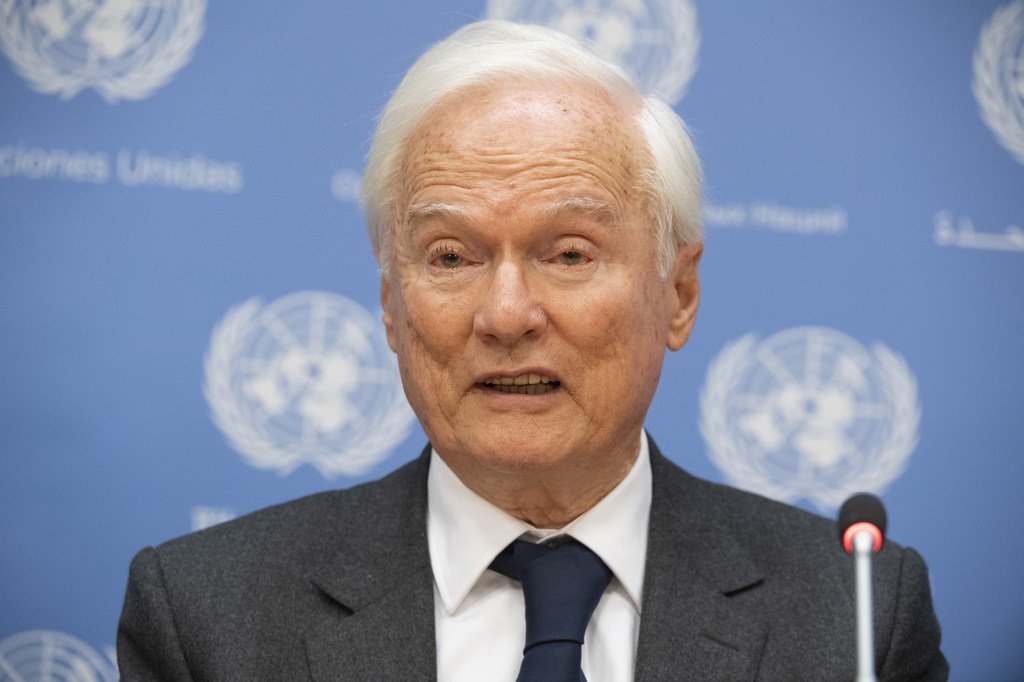 Innocent civilians must not be exposed to “collective punishment” in disputes between two States, a United Nations human rights expert has said, calling for greater protection for ordinary people affected by punitive sanctions imposed by one country on another.

Idriss Jazairy, the UN Special Rapporteur on effects of sanctions on human rights, said that measures that seek to block a country’s trade altogether, amount to economic warfare against civilians, with devastating consequences.

“Under economic sanctions, people also die but from lack of food and medicine, rather than from explosive devices,” said the UN rights expert in a news release on Thursday.

This form of warfare that relies on starvation and disease “deserves the same concern” on the part of the international community as any other conflict, he added, noting protections guaranteed under the Fourth Geneva Convention, which applies during times of war.

Under economic sanctions, people also die but from lack of food and medicine, rather than from explosive devices – UN rights expert Idriss Jazairy

Referring to Iran, Mr. Jazairy said that while US sanctions - fully re-imposed earlier this week - included humanitarian exemptions, aid is currently frozen as businesses await more clarification from the US Government. There are reports that the SWIFT mechanism of bank-to-bank money transfer could make such exemptions inoperative.

Import of food, medicine and other necessities must be protected and not subjected to lengthy and complex approval processes, he reiterated. “I am deeply concerned that it is the poor who are bearing the brunt of these actions,” Mr. Jazairy continued, adding that Iran’s currency, the rial, had lost more than 70 per cent of its value in the past year, and food prices had risen by half.

“More people are losing their jobs as the economy suffers,” he said.

Ready to assist US and Iran ensure humanitarian aid

Mr. Jazairy went on to note that while States’ right to disagree with each other should be respected, civilians must not be harmed or used as means of “political pressure” on a targeted Government.

“This is illegal under international human rights law,” he said, adding that he is ready to “serve as facilitator” to assist the US and Iran “in finding concrete ways to ensure that urgently needed humanitarian exemptions whose observance is unchallenged by the source country, are made effective and workable.”

UN Special Rapporteurs and independent experts are appointed by the Geneva-based UN Human Rights Council to examine and report back on a specific human rights theme or a country situation. The positions are honorary, and the experts are not UN staff, nor are they paid for their work.