The top United Nations human rights official has called on Burundi to “immediately retract” its threat to try and prosecute members of a UN Commission of Inquiry into rights abuses in the central African nation.

High Commissioner for Human Rights, Michelle Bachelet, said on Thursday that comments made by Burundi’s UN ambassador the previous day, were “deeply regrettable in both tone and substance”.

“Burundi’s belligerent and defamatory response to the findings of the Commission of Inquiry, and its repeated and wholly unsupported assertions that the commission was the puppet of mysterious external forces […] are reprehensible,” said Ms. Bachelet, in a statement.

She also raised concern over the Burundian Government’s “complete failure” to address the very serious findings of the Commission of Inquiry.

On Wednesday, the Ambassador and Permanent Representative of Burundi to the UN, Albert Shingiro, attacked the independent international inquiry team, threatening to prosecute its members and compared Commission Chair, Doudou Diène, to a participant in the slave trade.

In the statement, Ms. Bachelet also called on Burundi, as a UN Member State, to “show respect” to its institutions and the various bodies, laws and mechanisms it has established. Burundi is also a current member of the Geneva-based Human Rights Council.

“I urge the Government of Burundi to issue an immediate retraction of this inflammatory statement and to offer a full apology to Mr. Diène and the other Commissioners, as well as to the Human Rights Council, which created the Commission, and its President who selected and appointed the three Commissioners,” she said.

Established by the Human Rights Council in 2016, the Commission has been tasked with a thorough investigation into human rights violations and abuses in Burundi since April 2015 and identify perpetrators with a view to ensuring full accountability.

The Commission was also asked to engage with the Burundian authorities and all other stakeholders, including national, regional and global rights bodies, to provide the support and expertise for the immediate improvement of the situation of human rights and the fight against impunity.

Burundi has been embroiled in crisis since April 2015 when widespread protests erupted after the country’s President announced he would seek a third term in office, in defiance of constitutional law at the time. The protests were followed by an attempted coup, disputed elections, and alleged crackdown on political opponents. 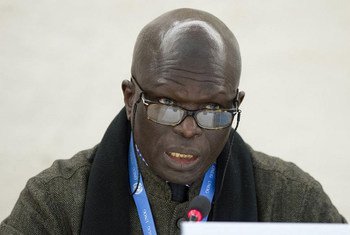