Half of all people living in poverty are younger than 18 years old, according to estimates from a new report released on Thursday by the United Nations Development Programme (UNDP) and partners.

The new figures in the 2018 global Multidimensional Poverty Index (MPI) show that in 104 primarily low- and middle-income countries, 662 million children are considered poor according to multiple different indicators. In 35 of these countries. Children account for at least 50 per cent of the total.

The 2018 MPI, produced by UNDP and the University of Oxford’s Poverty and Human Development Initiative, provides the most comprehensive view of the many ways in which 1.3 billion people worldwide experience poverty in their daily lives.

The MPI looks beyond income to understand how people experience poverty in multiple and simultaneous ways across the three key dimensions of health, education and living standards; taking in factors such as a lack of clean water, sanitation, adequate nutrition or primary education.

Although the level of poverty – particularly in children – is staggering, so is the progress that can be made in tackling it - UNDP chief, Achim Steiner

According to the index, those who are deprived in at least one-third of the MPI’s components are defined as “multidimensionally poor”. The 2018 figures, which are closely aligned with the Sustainable Development Goals (SDGs), cover almost three-quarters of the world’s population.

Some 1.3 billion people live in multidimensional poverty, which is almost a quarter of the population of the 104 countries used to calculate the 2018 MPI. Of these, 46 per cent are thought to be living in severe poverty.

“The Multidimensional Poverty Index gives insights that are vital for understanding the many ways in which people experience poverty, and it provides a new perspective on the scale and nature of global poverty while reminding us that eliminating it in all its forms is far from impossible,” said UNDP chief Achim Steiner.

While the latest figures paint a stark picture of just how many are still left behind, they also demonstrate that progress can happen quickly with the right approach.

“Although the level of poverty – particularly in children – is staggering, so is the progress that can be made in tackling it,” he added, pointing out that in India alone some 271 million have escaped multidimensional poverty “in just ten years.”

The poverty rate there has nearly halved, falling from 55 per cent to 28 per cent over the ten-year period.

Although similar comparisons over time have not yet been calculated for other countries, the latest information from UNDP’s Human Development Index, which was released last week, shows significant development progress in all regions, including many Sub-Saharan African countries.

Between 2006 and 2017, the life expectancy increased over seven years in Sub-Saharan Africa and by almost four in South Asia. Moreover, enrollment rates in primary education are up to 100 per cent.

The data shows that in addition to the 1.3 billion classified as poor, another 879 million risk slipping further into multidimensional poverty due to conflict, sickness, drought, unemployment and other setbacks.

Sri Lanka's misery should be warning to us all on global food, fuel and finance crisis: UNDP 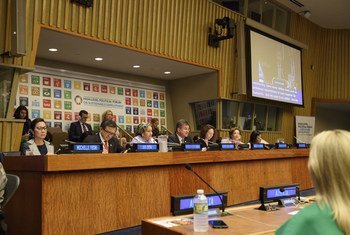 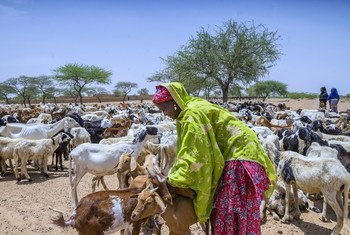