Amid a backdrop of protests in the English-speaking north-west and south-west regions of the West African country, that escalated in late 2017 into clashes between State military forces and armed groups, Zeid condemned an ambush on a Government convoy that took place earlier this month.

But he cautioned that the Government’s “heavy-handed response…will only make matters worse for the women, children and men caught in the middle”.

To date, the violence has forced more than 21,000 people to flee to neighbouring countries, according to UN humanitarian staff, while 160,000 have been internally displaced, many reportedly hiding in forests to protect themselves.

I am deeply worried that these killings … may not be isolated cases — UN human rights chief, Zeid Ra’ad Al Hussein

“There are reports that armed elements have carried out kidnappings, targeted killings of police and local authorities, extortion and have torched schools,” the UN High Commissioner for Human Rights said. “There are also reports that Government forces are responsible for killings, the excessive use of force, burning down of houses, arbitrary detentions and torture.”

To prevent the situation from deteriorating further, Zeid urged the Government to launch independent investigations into alleged violations by State security forces and abuses by armed elements.

In a statement, the High Commissioner also noted serious violations in the far north of the country, where the authorities continue to confront the terrorist group Boko Haram.

Zeid said that he was “utterly appalled” by a video reportedly showing members of State armed forces executing a woman, a child and a baby who were accused of belonging to the separatist militants, and insisted the Government had an obligation to investigate the crime.

“I am deeply worried that these killings captured on camera may not be isolated cases,” he said.

Given the seriousness of the reported violence by State and armed actors, the UN official added that it was “regrettable” that the Government had failed to grant the UN Human Rights Office (OHCHR) access, despite repeated requests.

“We will now need to explore other options, including remote monitoring,” Zeid noted. 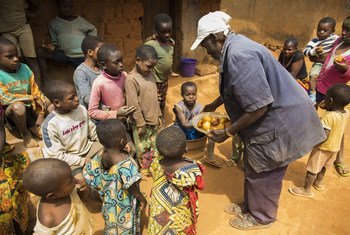 As more and more Anglophone Cameroonians flee a violent crackdown in the region and seek asylum in Nigeria, the United Nations refugee agency warned on Tuesday without more funding and assistance, their situation and that of the Nigerian communities hosting them, will become even more desperate.