Around 1.8 million people became newly infected with HIV and around 50 countries experienced a rise in new HIV infections during last year, according to Michel Sidibé, Executive Director of UNAIDS, who was speaking at the ongoing International AIDS Conference in the Netherlands.

“Health is a human rights imperative and we are deeply concerned about the lack of political commitment and the failure to invest in proven HIV programmes, particularly for young people and key populations,” said the UNAIDS chief, in a press release. “If countries think they can treat their way out of their epidemics, they are dangerously mistaken,” he added.

According to a new UNAIDS report, 47 per cent of new HIV infections globally affect key vulnerable populations, such as sex workers, and people who inject drugs. Although a combination of HIV prevention approaches could mitigate this — such as harm reduction, pre-exposure prophylaxis (PrEP), better social care and condoms — many countries are unwilling to invest in approaches which they view as culturally or religiously inappropriate.

In some Southern African countries for example, where HIV prevalence can be as high as 70 per cent among sex workers, it is reported that condoms are often confiscated by the police, said the agency.

In Eastern Europe and Central Asia, one third of all new HIV infections occur among people who inject drugs, as the criminalization of drug use often leads them to use unsterilized needles.

Gay men and other men who have sex with men, accounted for 57 per cent of new HIV infections in Europe and North America in 2017, and 41 per cent in Latin America. However, the criminalization of same-sex intercourse in many countries often prevents access to HIV services for these groups.

To urgently address this “HIV prevention crisis” and increase political commitment for HIV prevention, a Global HIV Prevention Coalition of United Nations Member States, donors, civil society organizations and implementers was established in 2017 that includes the 25 countries which bear the highest HIV burden. Their goal is to reduce new HIV infections by 75 per cent by 2020.

According to UNAIDS, countries and cities that have adequately invested are seeing results. Helsinki in Finland and San Francisco in the United States, are stark examples where bold policies for HIV prevention have led to sharp declines in the number of new infections.

The UN agency stresses that women and youth need targeted approaches as they are often more vulnerable and, therefore, more at risk of exposure.

While most countries have significantly scaled up their HIV treatment programmes, some to the extent of reaching 80 per cent of people living with HIV with antiretroviral therapy, many are not being diagnosed and treated soon enough, allowing transmissions to occur before they start treatment or if treatment is interrupted. 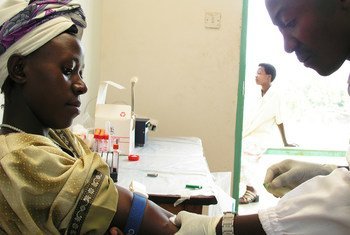 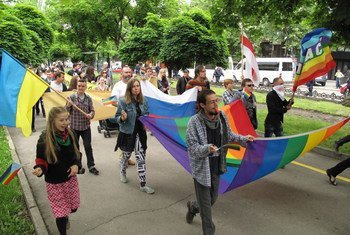