WHO CE.Onuekwe
A WHO official vaccinates a child against cholera during an OCV campaign in Borno state, northeastern Nigeria.
24 December 2017
Health

According to the UN World Health Organization (WHO), the feat is a “major accomplishment” in the region hit hard by violence perpetrated by the Boko Haram terrorist group that has displaced millions and driven hundreds of thousands to severe food insecurity.

“No single measure would have worked on its own. This was a joint effort employing a range of tools by many partners under the leadership of the state Ministry of Health,” Wondimagegnehu Alemu, the head of WHO programmes in the country, said in a news release Saturday.

The end of the outbreak (which began in August) was formally announced by the Nigerian Government on Thursday after no new cases had been reported in two weeks.

A massive oral cholera vaccine campaign – the first of its kind in the country, providing some 1.8 million doses to immunize some 900,000 people between September and December – played a key role in containing the deadly disease.

In addition to the campaign, a WHO-supported early warning and surveillance system provided vital data on suspected cases in different locations, ensuring effective and targeted interventions.

However, due to the ongoing conflict, many people across northeastern Nigeria remain cut off from basic healthcare and routine immunization services. Health conditions in many camps for internally displaced persons are sub-standard.

Future risks of disease outbreaks, therefore, cannot be ruled out, warned WHO.

“While the achievements of the cholera programme in Borno state are a significant milestone, cholera is endemic to northeastern Nigeria and future outbreaks remain likely,” said Dr. Alemu.

“We must be vigilant to the warning signs that could signal another outbreak of cholera or other epidemic-prone diseases.” 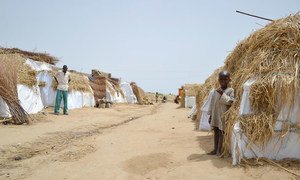