On Day of Solidarity, UN reaffirms two-state solution as only answer to ‘question of Palestine’

The Question of Palestine is inextricably linked with the history of the United Nations and is one of the longest-standing issues on the Organization's agenda, United Nations Secretary-General António said in his message commemorating the International Day of Solidarity with the Palestinian People.

The Question of Palestine is inextricably linked with the history of the United Nations and is one of the longest-standing issues on the Organization's agenda, United Nations Secretary-General António said in his message commemorating the International Day of Solidarity with the Palestinian People.

Seventy years since General Assembly Resolution 181 was adopted, a sovereign and independent State of Palestine has yet to emerge alongside the State of Israel.

“I remain convinced that the two-state solution is the only one for a just, lasting and comprehensive peace between Israelis and Palestinians. The resolution of this conflict would also create momentum for greater stability throughout the region,” stated Mr. Guterres.

Recalling his August visit to Israel and Palestine, the UN chief said leaders on both sides restated their commitment to a negotiated peace.

"I encourage them to tangible challenge this commitment and create conditions for a meaningful negotiation. The recent positive developments in intra-Palestinian unity should be taken up by the leadership,” he asserted.

The Secretary-General also reiterated his readiness “to work with all stakeholders, including the Middle East Quartet and countries in the region, to support a serious political process, drawing on all under UN resolutions, international law and agreements, that will achieve a two-State solution, end half a century of occupation and resolve all final status issues.”

Deputy Secretary-General Amina Mohammed read Mr. Guterres’ message at a Special Meeting of the Committee on the Exercise of the Inalienable Rights of the Palestinian People, before adding her own words. 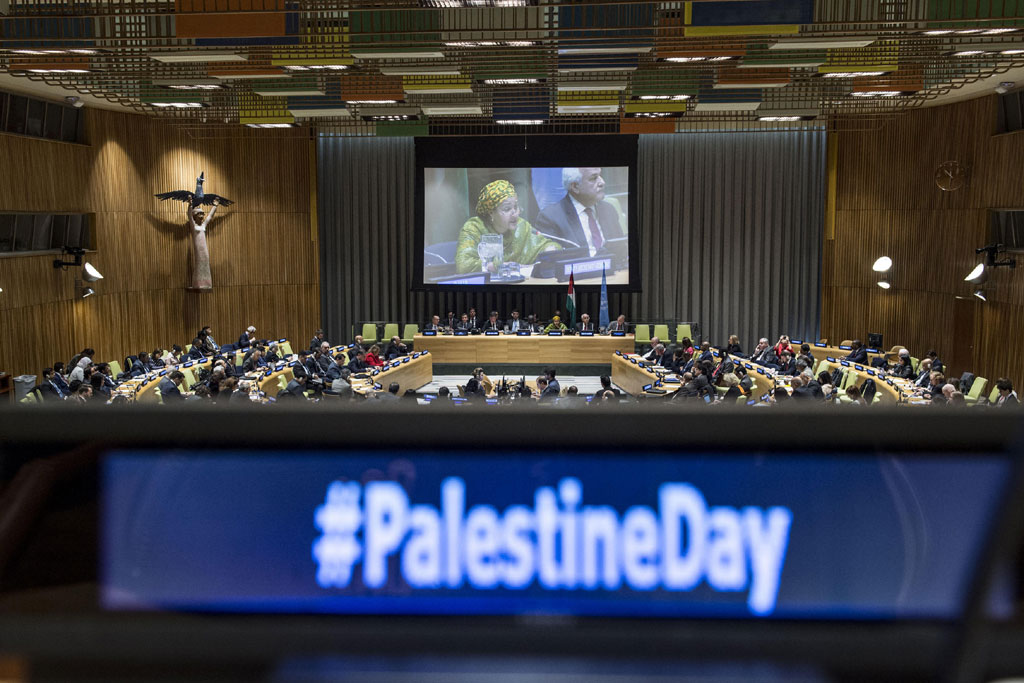 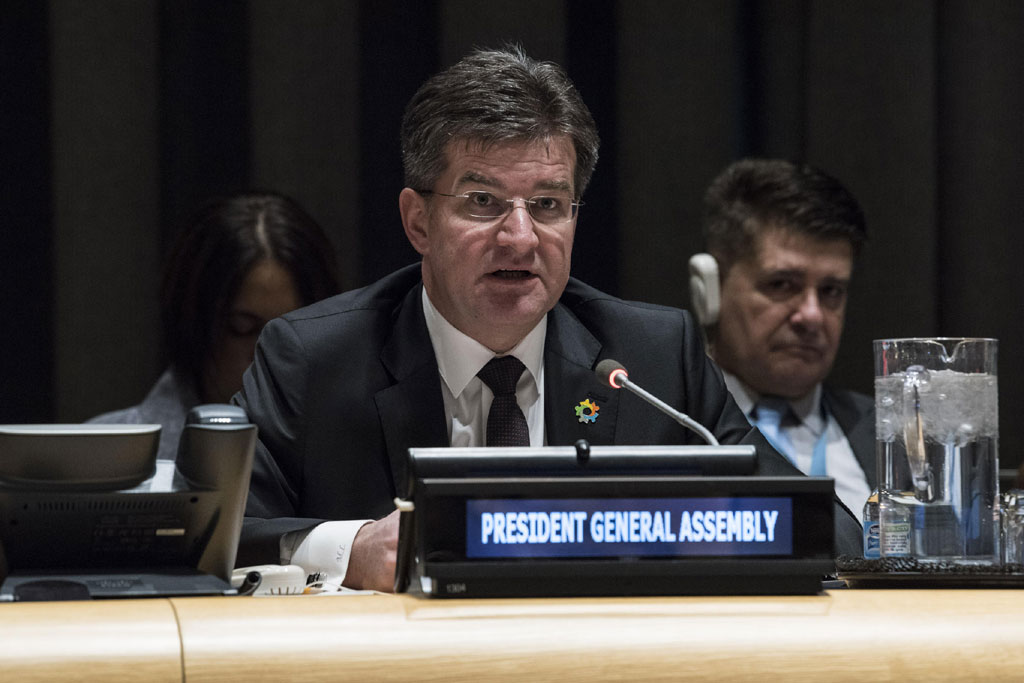 Miroslav Lajvak, President of the 72nd session of the General Assembly, addresses a special meeting of the Committee on the Exercise of the Inalienable Rights of the Palestinian People 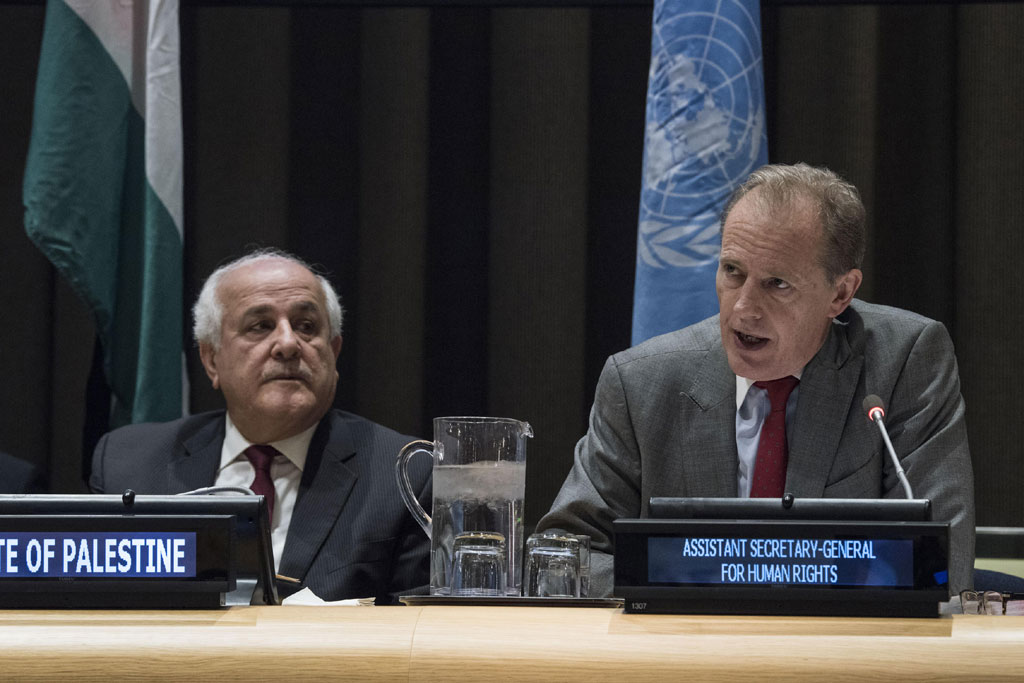 Riyad H. Mansour, Permanent Observer of the State of Palestine to the United Nations and Andrew Gilmour, Assistant Secretary-General for Human Rights participate in the commemoration the International Day of Solidarity with the Palestinian People 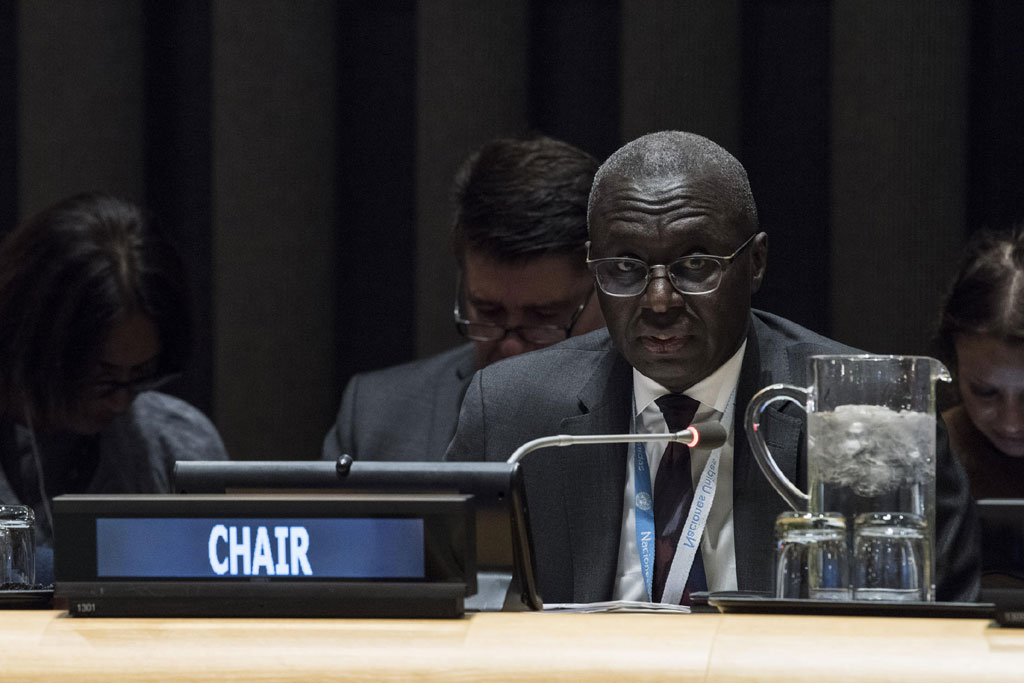 Ms. Mohammed observed that for 70 years the UN has gathered on 29 November to support the Palestinian right to self-determination and independence and the establishment of a Palestinian state.

“Ending illegal Israeli settlement activity and demolitions in the occupied West Bank, including East Jerusalem, is crucial to the viability of a future Palestinian state and to realizing the legitimate national and historic aspirations of both people. Eliminating violence and incitement is essential to building trust,” she told the participants.

Ms. Mohammed stressed that with crumbling infrastructure, chronic unemployment and a paralyzed economy, Gaza is in a state of constant humanitarian emergency.

“This unsustainable reality demands urgent humanitarian, economic and political measures to support the Palestinian population. We must not leave women, children and youth behind,” she asserted.

“Ending the occupation and achieving a two-state solution is the only path to enduring peace between Israelis and Palestinians. There is no other option,” emphasized Ms. Mohammed.

For his part, General Assembly President Miroslav Lajčák underscored that the situation needs full-time attention that extends beyond humanitarian support, to facilitate a peaceful resolution.

“I firmly believe that a two-state solution is the only answer to what we call the question of Palestine,” he underscored.

According to Mr. Lajčák, the international community must support conditions conducive to a successful peace process. In addition to immediately halting settlement expansion, other actions encompassed the cessation and condemnation of all acts of violence, including terrorism, as well as the incitement to these acts.

“When it comes to the question of Palestine, we have a responsibility and we have an interest. Palestinian people do not need our sympathy – they deserve our solidarity,” he declared.

♦ Receive daily updates directly in your inbox - Subscribe here to a topic.
♦ Download the UN News app for your iOS or Android devices.
Palestine|UN International Days

Negotiated two-State solution still ‘the only option’ for Palestine: Guterres

United Nations Secretary-General António Guterres today reiterated that he would continue to work to help Israelis and Palestinians achieve a two-state solution, and vowed to denounce hate speech aimed at Israelis.