The Council “strongly condemned” the continued flow of weapons, military equipment, unmanned aircraft systems (UASs) and their components, and improvised explosive device (IED) components to and between the Islamic State of Iraq and the Levant (ISIL/Da'esh), Al-Qaida, their affiliates, and associated groups, illegal armed groups and criminals.

UN Member States were encouraged to prevent and disrupt procurement networks for weapons, systems and components between and among such groups and entities. Member States were specifically urged to ensure the ability to take appropriate legal actions against those who are knowingly engaged in providing terrorists with weapons and to ensure proper physical security and management for stockpiles of small arms and light weapons.

It also encouraged the implementation of marking and tracing procedures of small arms and light weapons to improve traceability of such weapons which could be provided to terrorists through illicit trafficking.

UN Member States were also urged to strengthen their judicial, law enforcement and border-control capacities, and develop their capabilities to investigate arms-trafficking networks in order to address the link between transnational organized crime and terrorism.

The Council also called on all States to consider becoming party to the related international and regional instruments, with a view to help eliminate the supply of weapons to terrorists, and to fully implement their respective obligations under those to which they are a party.

Before the adoption of the text, three leading UN officials involved in counter-terrorism, briefed the Council on the complex efforts being undertaken by multiple agencies and committees to fulfil the Organization's promise to take an “all-of-UN” approach to tackle terrorism and prevent terrorists from acquiring weapons. 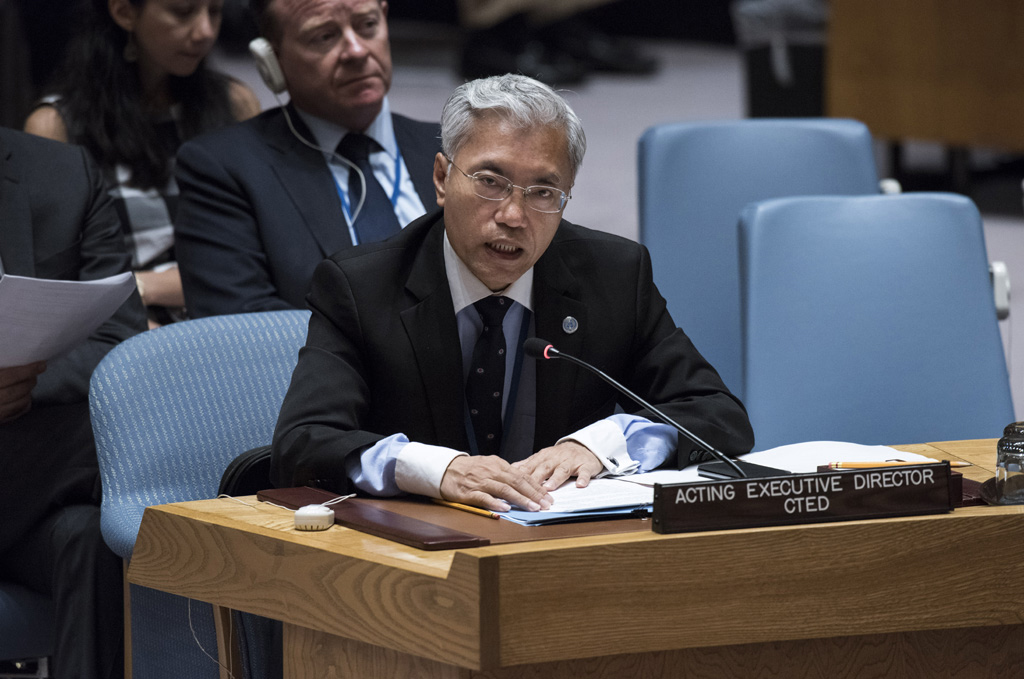 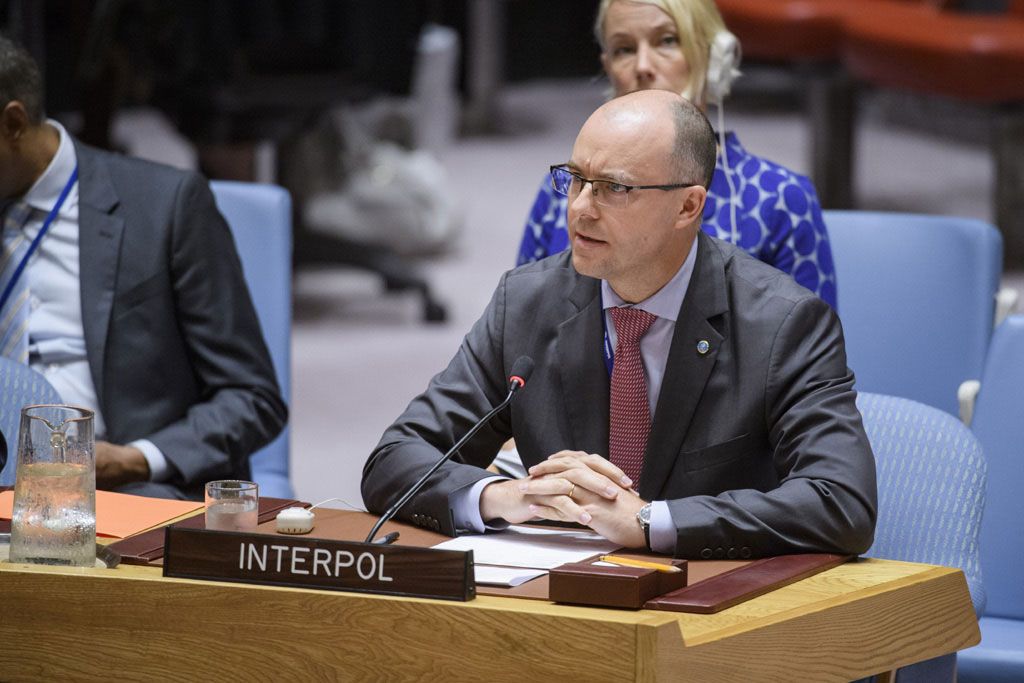 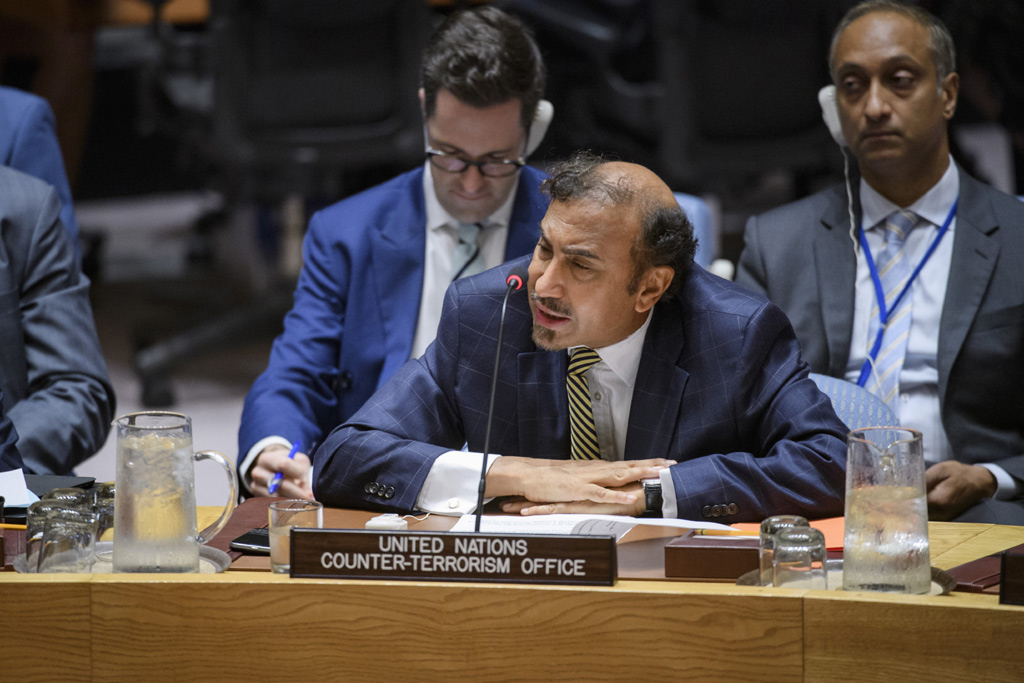 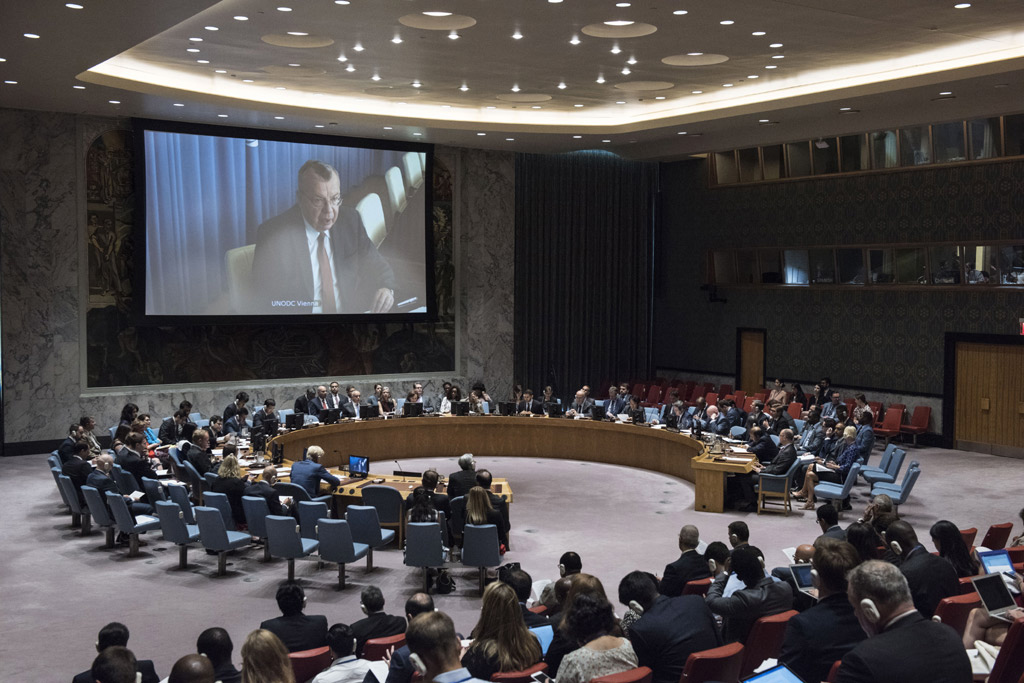 Jehangir Khan, the Officer-in-Charge of the newly created UN Counter-Terrorism Office, told Council members that “the spectre of terrorists acquiring lethal technologies and new weapons, including weapons of mass destruction, poses a serious threat to international peace and security.”

This initiative goes to the heart of the Secretary-General's efforts to make prevention the core mission of the United Nations.Jehangir Khan

Welcoming the consideration of the resolution before the Council today, he said “this initiative goes to the heart of the Secretary-General's efforts to make prevention the core mission of the United Nations.”

For his part, the Deputy Director of the UN Security Council Counter-Terrorism Committee Executive Directorate (CTED), Weixiong Chen, explained how the resolution would add further tasks to CTED's mandate.

Citing a wide range of vulnerabilities in the mechanism to prevent terrorists' access to weapons, he stressed the need for further efforts, such as reviewing and strengthening national legislation on countering the supply and trafficking of weapons to terrorists and preventing the flow of weapons to conflict-affected regions and conflict zones.

“Preventing and eliminating the supply of weapons to terrorists is a complex task,” he said. “But please rest assured that CTED will continue to strengthen its engagement with its UN and international and regional partners, in accordance with the relevant Council resolutions, to assist Member States to deny terrorists access to weapons.”

Speaking via video-teleconference from Vienna, Austria, Yury Fedotov, the Executive Director of the UN Office on Drugs and Crime (UNODC), stressed the importance of cross-border partnerships.

He cited many challenges with preventing, detecting, investigating and successfully prosecuting illicit trafficking in weapons, including inadequate regulatory environments and data collection; lack of specialized skills and equipment; and lack of coordination within and between countries and regions.

“Looking ahead, we need to further strengthen cross-border partnerships and operational responses, promote the involvement of diverse stakeholders, including the private sector, and step up tailored assistance to address gaps in capacity,” he said.

UNODC remains fully engaged in providing comprehensive support through its integrated country, regional and global programmes and network of field offices, in coordination with UN partners as well as partners such as the International Criminal Police Organization (INTERPOL).

Emmanuel Roux, Special Representative of INTERPOL to the United Nations, also delivered a statement on behalf of the body's Secretary-General, Jürgen Stock.

Mr. Roux highlighted the importance of tracing weapons back to their sources. “Traditionally, investigations would end at this point, with the seizure of a firearm. INTERPOL suggests that the recovery of a weapon is just the beginning,” he explained, stressing the need to strengthen and integrate border management to prevent the mobility of the individuals using weapons, such as foreign terrorist fighters.

“The capabilities I have described hold enormous potential in assisting law enforcement officers to prevent terrorist access to weapons,” he said, asking delegations to reach back to their respective capitals and national security services, to “inquire whether this potential is being maximized, at a time of unprecedented threat.”

The global nature of aviation puts everyone at the same level of risk from potential terrorism, senior United Nations officials said today, calling for greater information sharing, resources and political will to keep flights safe.