In Yemen, the world's worst cholera outbreak is unfolding amid the world's largest humanitarian crisis, crippling health, water and sanitation facilities in the country, and creating ideal conditions for diseases to spread, according to the heads of three United Nations agencies.

“The country is on the brink of famine, with over 60 per cent of the population not knowing where their next meal will come from,” said UN Children's Fund (UNICEF) Executive Director Anthony Lake, World Food Programme (WFP) Executive Director David Beasley and World Health Organization (WHO) Director-General Tedros Adhanom Ghebreyesus.

Wrapping up their joint visit to the crisis-torn nation, the agency chiefs pointed out that nearly two million Yemeni children are acutely malnourished, and “malnutrition makes them more susceptible to cholera; diseases create more malnutrition […] a vicious combination.”

Together in Yemen they witnessed the scale of the humanitarian crisis, observing that over the last three months, 400,000 cases of suspected cholera and nearly 1,900 associated deaths have been recorded.

“At one hospital, we visited children who can barely gather the strength to breathe. We spoke with families overcome with sorrow for their ill loved ones and struggling to feed their families,” they lamented, adding that as they drove through the city, “we saw how vital infrastructure, such as health and water facilities, have been damaged or destroyed.” 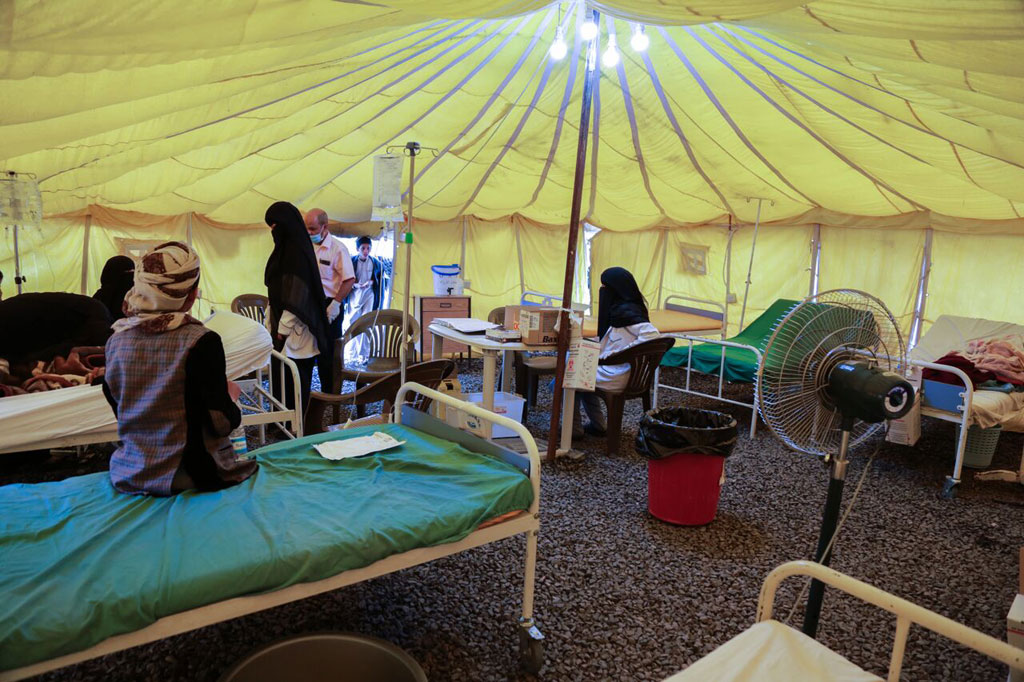 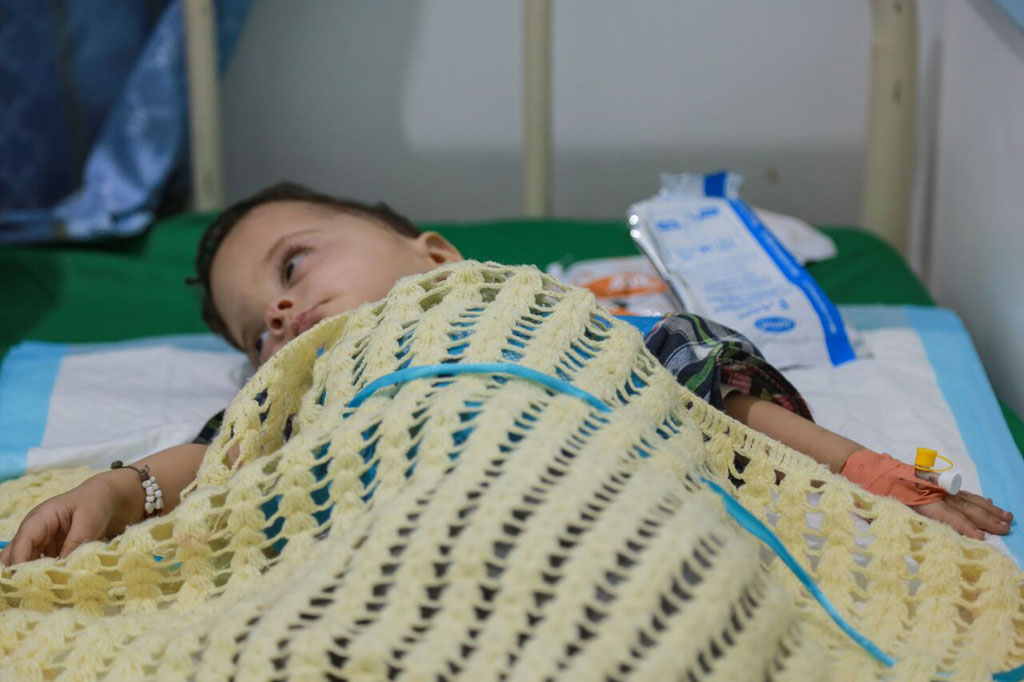 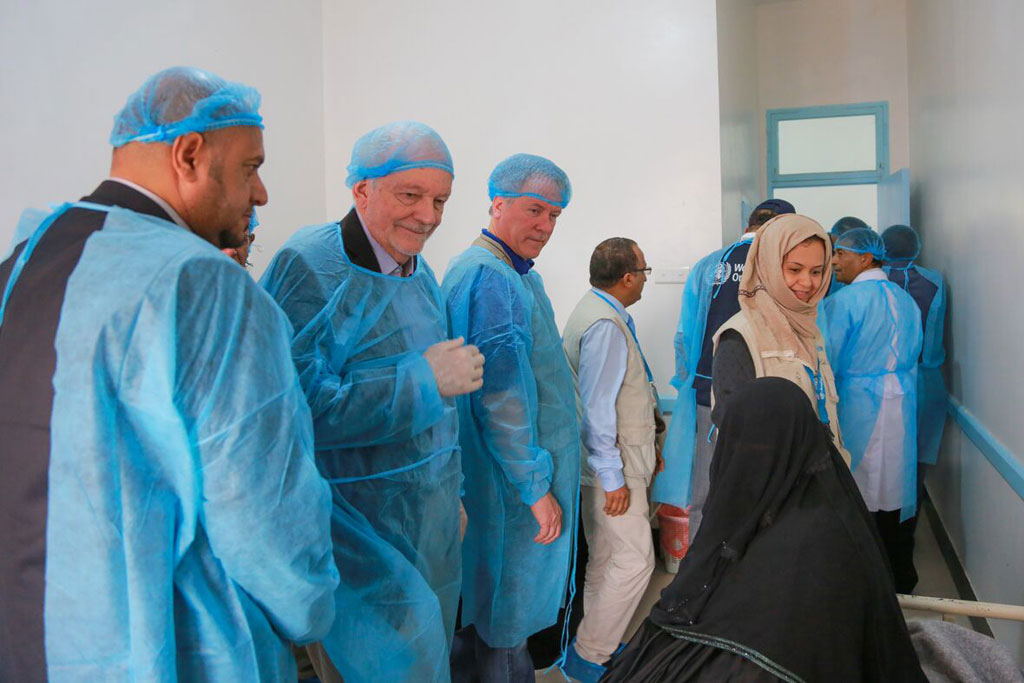 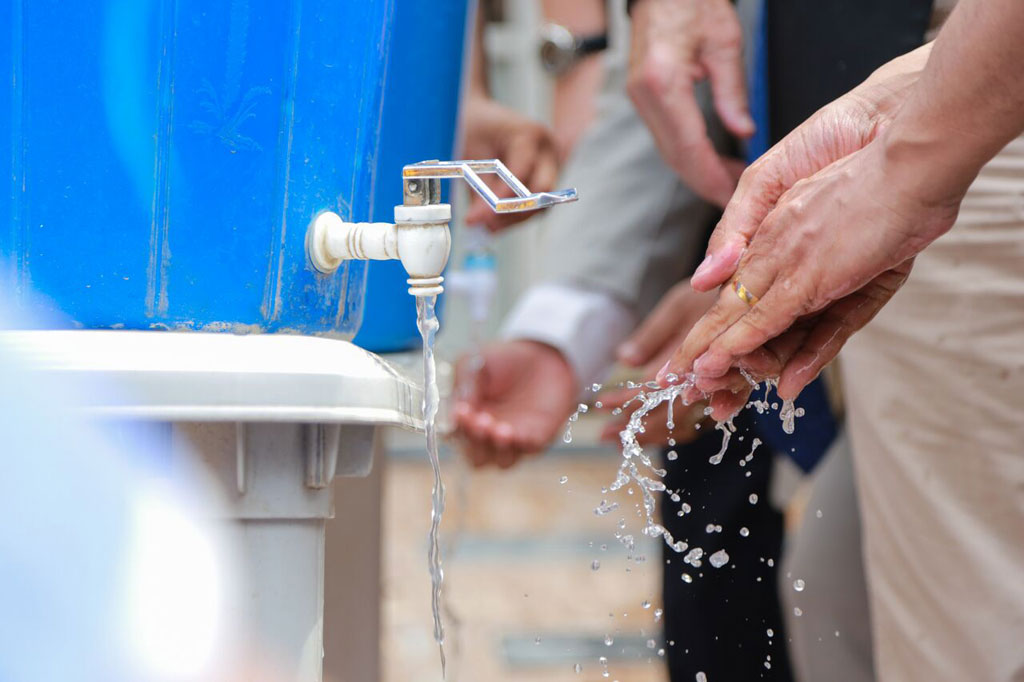 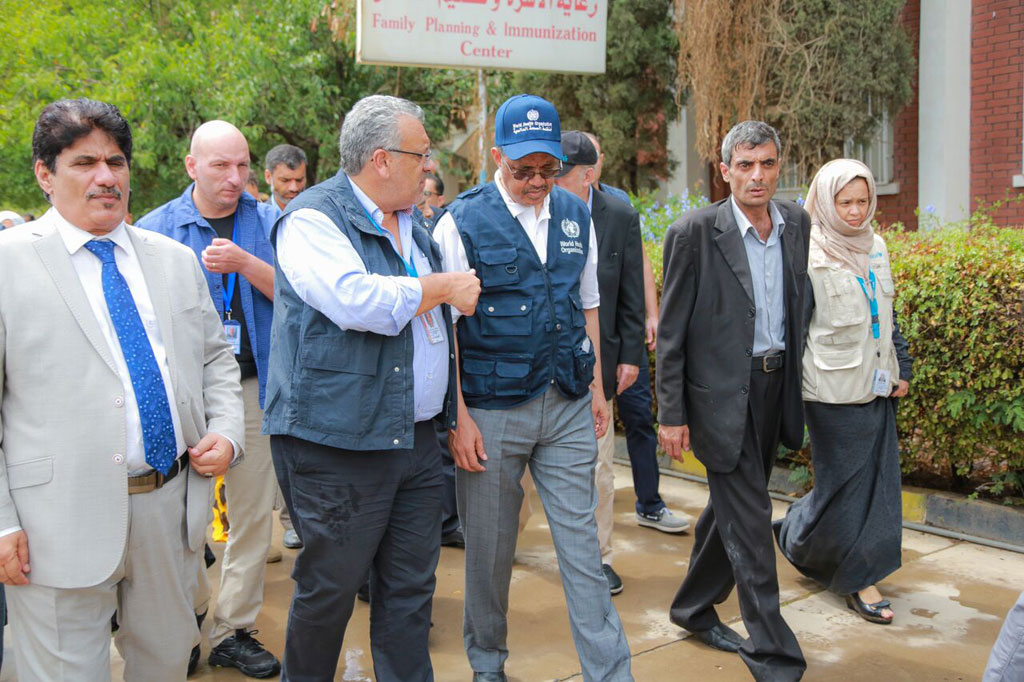 Thousands of health workers, unpaid for nearly a year, still show up for duty

Amid the chaos, some 16,000 volunteers go from house to house, educating families on how to protect themselves from diarrhoea and cholera while doctors, nurses and other health staff work around the clock to save lives.

Highlighting that in spite of not having been paid for over 10 months, many of the 30,000 health workers continue to labour, the senior UN officials said they have asked the authorities to pay them.

“As for our agencies, we will do our best to support these extremely dedicated health workers with incentives and stipends,” they stated.

“We also saw the vital work being done by local authorities and NGOs (non-governmental organization), supported by international humanitarian agencies, including our own. We have set up more than 1,000 diarrhoea treatment centres and oral rehydration corners,” they noted.

The UN agency heads underscored that the delivery of food supplements and medical supplies is ongoing, as is the rebuilding of infrastructure, including hospitals, health centres and the water- sanitation network.

“We are working with the World Bank in an innovative partnership that responds to needs on the ground and helps maintain the local health institutions,” they continued.

While the UN officials also offered hope – noting that more than 99 per cent of cholera-infected people with access to health services are surviving and the number of children afflicted with severe acute malnutrition this year was estimated to be 385,000 – they maintained that as thousands fall sick every day, the situation remains dire.

They flagged that nearly 80 per cent of Yemen's children need immediate humanitarian assistance, underlining the importance of sustained efforts to stop the spread of disease.

Drawing attention to their meeting with Yemeni leaders in Aden and Sana'a, the UN officials pressed for humanitarian access to fighting-affected areas and urged for a peaceful political solution.

“The Yemeni crisis requires an unprecedented response,” they stressed, explaining that the three agencies have teamed up with the Yemeni authorities and other partners “to coordinate activities in new ways of working to save lives and to prepare for future emergencies.”

“We now call on the international community to redouble its support for the people of Yemen. If we fail to do so, the catastrophe we have seen unfolding before our eyes will not only continue to claim lives but will scar future generations and the country for years to come,” concluded the UN heads.

Yemen is facing the world's largest cholera outbreak, the United Nations health agency today warned, with 5,000 Yemenis falling sick every day – the majority of them children and the elderly.