Lack of funding is among the biggest challenges for the world’s 47 least developed countries (LDCs) in their implementation of sustainable development targets, according to a United Nations report released today.

“While we continue to see mixed progress for this group of countries, there is tremendous potential to close the gaps and achieve momentum toward their investment needs,” said Fekitamoeloa Katoa ‘Utoikamanu, the newly-appointed High Representative for the Least Developed Countries, Landlocked Developing Countries and Small Island Developing States, in a press release.

Under-Secretary-General ‘Utoikamanu urged these Governments to work with development partners, civil society and the private sector to alleviate poverty, cut inequality and save the environment.

Launching the 2017 edition of the State of the Least Developed Countries report at the UN Headquarters in New York, she noted that the LDCs are among the most vulnerable countries in the world with large segments of their population living in extreme poverty with few prospects to improve their situation.

This year’s report, compiled by her office (UN-OHRLLS), focuses on the financing of the Istanbul Programme of Action (IPoA), which charts out the vision and strategy for the sustainable development of LDCs through 2020, on the Sustainable Development Goals (SDGs), which were adopted by all countries in 2015 with a view to create a peaceful, inclusive world free of poverty by 2030.

Achieving the goals of IPoA complements efforts to achieve the SDGs, she stressed.

However, due to large gaps in investment, including for sustainable energy and ICT, the report notes that access to all modes of financing needs to increase for LDCs.

The average gross domestic product (GDP) growth for LDCs remained low at 3.8 per cent in 2015, the lowest rate in the past two decades and well below the 7 per cent target set by the Istanbul Programme, according to the report.

Despite the significant challenges, the report also highlights progress in a few key areas including in the transport sector, and access to electricity, which rose from 32.3 per cent of the population in 2010 to 38.3 per cent in 2014.

In addition, a greater share of the total amounts of climate finance flowing from developed to developing countries needs to be allocated to LDCs, especially for adaptation projects that result in reduced vulnerability.

In June 2017, Equatorial Guinea graduated from the group, bringing the number of LDCs to 47. Nine LDCs reached the graduation thresholds in 2015, while several others aspire to graduate by 2020 or shortly thereafter. 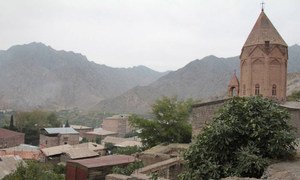 A United Nations-backed report released today stressed the need for greater recognition of tourism as a key service export in order to attract technical assistance to the sector in least developed countries (LDCs).