The United Nations Human Rights Office in Yemen continues to document reports of civilian casualties in the conflict and had verified 49 civilian deaths over the past month, a UN spokesperson said today.

“All incidents resulting in civilian casualties […] must be thoroughly investigated to ensure accountability when breaches of international law have been found to have taken place,” Ravina Shamdasani, spokesperson for UN High Commissioner for Human Rights Zeid Ra'ad Al Hussein, told a news briefing in Geneva.

She said 19 civilians were killed in Taiz between 21 May and 6 June. According to witnesses interviewed by the High Commissioner's Office (OHCHR), the victims were hit by shelling attacks by a group affiliated with the Houthis rebels.

Seven civilians were killed reportedly as a result of mortar attacks from areas controlled by fighters affiliated with forces loyal to President Abdrabbuh Mansour Hadi.

She went on to say that at least 23 civilians were killed on 17 June by an airstrike, helicopter attack and shelling on a house and nearby market area located just a few hundred metres from the Yemeni-Saudi border in Shada District in Sa'ada Governorate.

On cholera, she said the outbreak of disease has affected eight prisons and detention centres in six governorates. Some 50 prisoners have contracted cholera and there are 72 other suspected cases. “In the best of circumstances, prisoners are among the most vulnerable members of society,” she said. 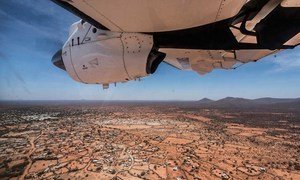 Humanitarian aid workers want to help people in some of the biggest war zones, but extreme risks and threats are paralyzing their operations, a United Nations-backed report today concluded.