The Italian Coastguard/Massimo Sestini
Hundreds of refugees and migrants aboard a fishing boat moments before being rescued by the Italian Navy as part of their Mare Nostrum operation in June 2014.
26 May 2017

As Head of Communications and Chief Spokesperson for the United Nations High Commissioner for Refugees, Melissa Fleming listens to stories of people fleeing for their lives every day. Although she has met many refugees and gotten to know several stories of resilience, when she came across Doaa’s story, she couldn’t sleep at night.

“I envy the mountains and the trees and the rocks because they will be able to breathe Daraa’s air and I won’t.” Those were the thoughts going through Doaa Al Zamel, when she and her family reached the Jordanian border. It was November 2012, one year and eight months since the violence in Syria first began.

Doaa is a refugee from Syria who now lives in Sweden. She survived one of the worst refugee shipwrecks on the Mediterranean Sea. In August 2014, aboard an overloaded ship carrying more than 500 refugees, Doaa became an unlikely hero.

“Doaa’s story is particularly remarkable; the resilience and the strength of the human spirit is so evident through her story that it is one that people are really not just moved by but also inspired by,” Ms. Fleming told UN News following a recent event at the UN Bookshop in New York.

Doaa al Zamel was a refugee in Egypt before she embarked on a deadly boat journey and saw her fiancé and hundreds of passengers die at sea. Photo: Elena Dorfman

War and persecution have driven more people from their homes than at any time since records began, with over 65 million men, women and children now displaced worldwide. According to the latest Global Trends report issued by the UN refugee agency, known as UNHCR, one in every 113 people on earth is either an asylum-seeker, internally displaced or a refugee.

In order to get away from the idea of refugees as statistics, Ms. Fleming believes in a communication strategy of telling individual human stories. That is why she would “love to tell all 65 million stories of all the forced displaced people in the world.”

But it was the powerful story of Doaa that inspired her to write “A Hope More Powerful Than the Sea,” which gives a human face to the sheer number of human beings trying to escape to seek better lives.

“Refugees are becoming statistics and throughout the world they are being used to fuel xenophobia because of the large numbers and because of their desperation,” Ms. Fleming said.

VIDEO: 'Doaa's story is particularly remarkable,' says UN refugee agency spokesperson and author Melissa Fleming, as she talks to UN News about her book 'A Hope More Powerful Than the Sea.'

Doaa comes from Daraa, in Syria. After war engulfed her city, tanks rolled in and bombs started falling, she and her family became terrified for their lives and left to Jordan and then to Egypt. Through her story, Ms. Fleming also describes the situation in the neighboring countries which are hosting the majority of refugees, some five million.

“Egypt was one of these countries; when Doaa first arrived with her family, Egypt was a very welcoming place, but then the government changed and it became less so. Like in all the countries that host so many refugees, the refugees struggle because those countries themselves are having their own difficulties. UNHCR is always underfunded and can only provide pretty much the basics. So all the dreams of studying and making a good living, they are not just completely destroyed by the war, but also by the fact of being a refugee in a situation like that,” Ms. Fleming explained.

Without a work permit in Egypt, Doaa struggled through day shifts for low wages. The war in Syria that drove her family away was in its fourth year. And the people who once welcomed them in Egypt had become weary of them.

It is also in Egypt that Doaa meets and falls in love with Bassem, a fellow Syrian refugee who convinces her to leave and make the perilous journey across the sea to Europe. “They’d heard from their friends who had already made the journey to Europe that there they could not just be safe, but also she could study and he could find a job,” said Ms. Fleming.

“And so he convinced her – even thought she was terrified of the water, because she had a near drowning experience when she was a young girl – to take this journey. They sold everything and paid the smugglers $2,500 each, which was a fortune for them, and ended up boarding not a luxury liner as the smugglers promised but a really decrepit, rusty, rundown boat packed with 500 refugees, among them 100 children.”

After two days at sea she started to get worried, and on the third day she told Bassem: “We will never reach the shore. We will all sink.” The boat sank near Greece; only 11 people survived, enduring four horrible days floating in the sea. One of them was Doaa. 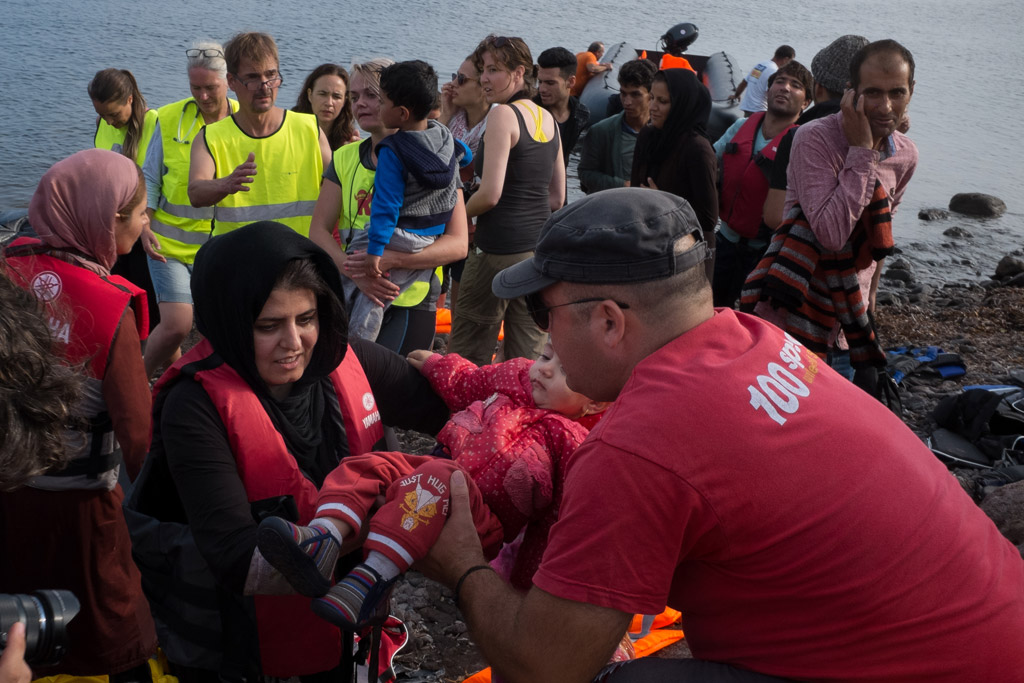 Volunteers help newly-arrived refugees on 28 September 2015, as they disembark from a large rubber boat, on the shores near the town of Mithymna, on the Greek island of Lesvos, in the North Aegean region. Photo: UNICEF/Ashley Gilbertson VII 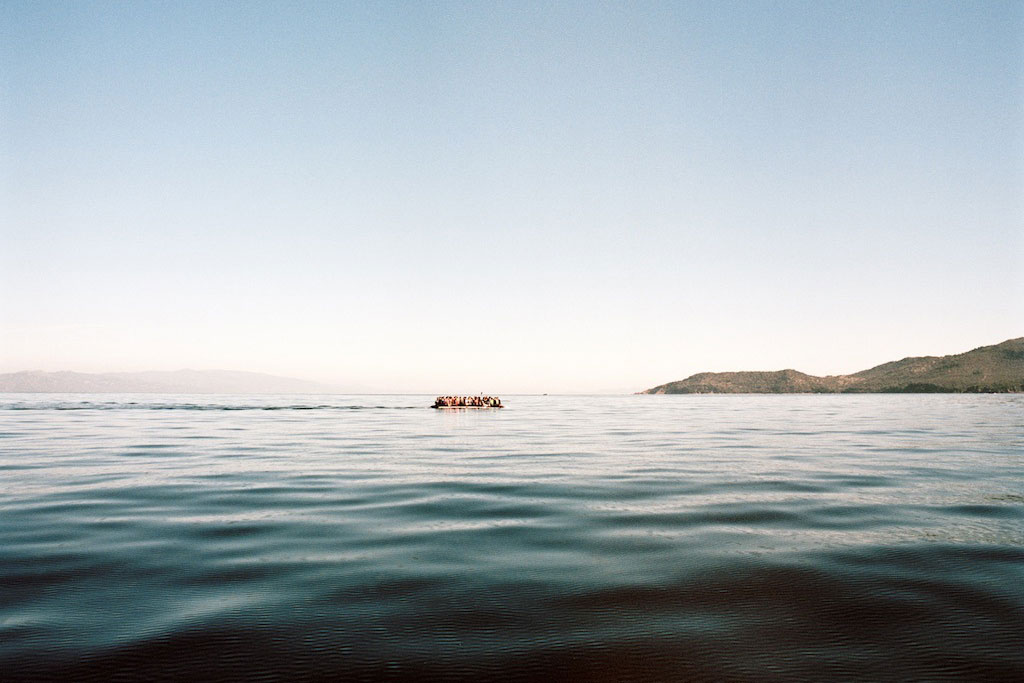 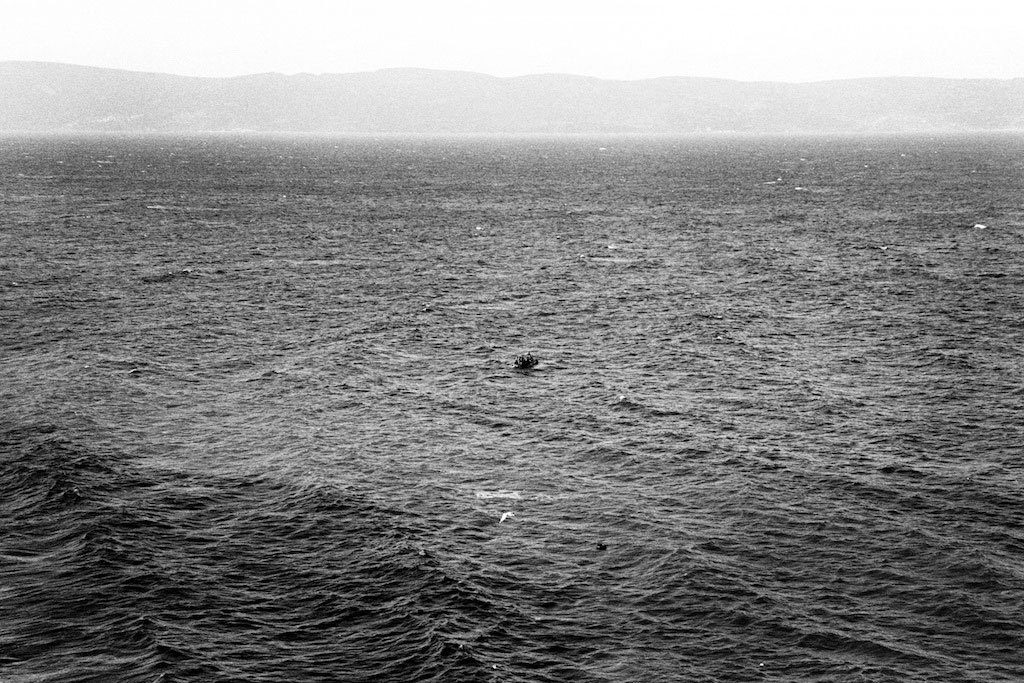 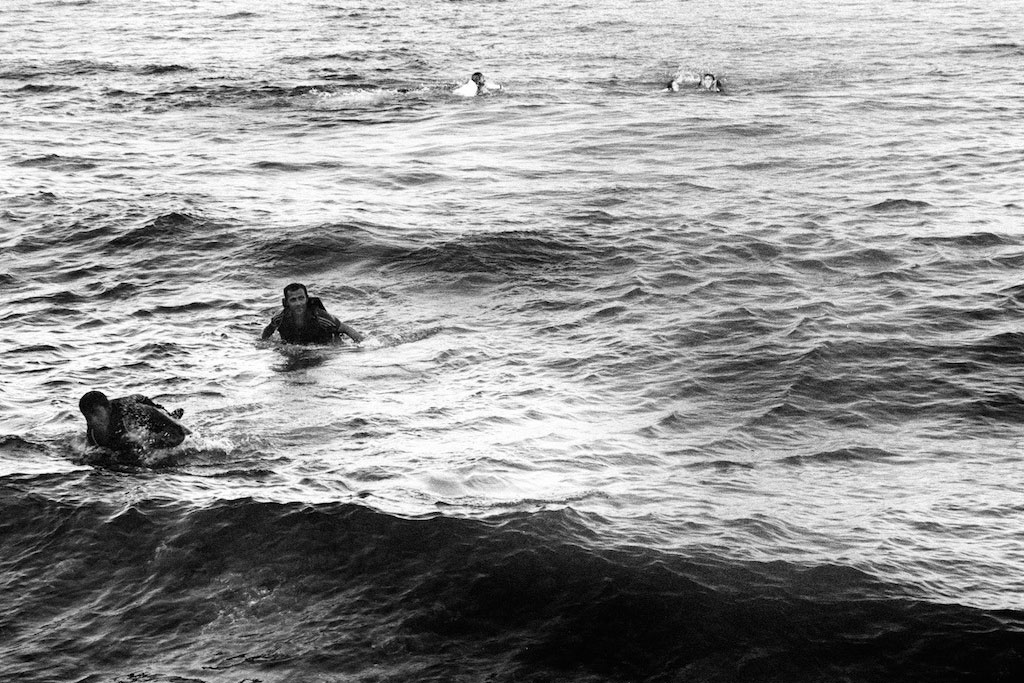 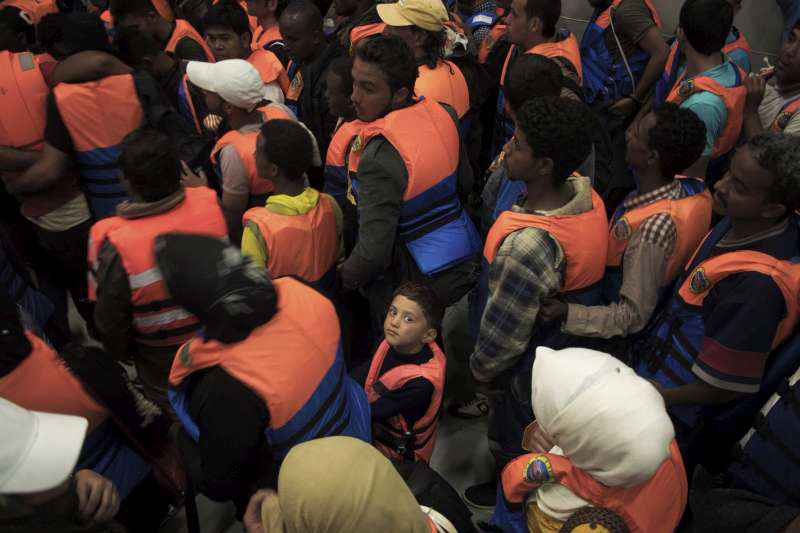 A young boy surrounded by adults after being rescued in June 2014 from a boat on the Mediterranean Sea. Photo: UNHCR/A. D’Amato

When Ms. Fleming first read about Doaa and baby Masa – who survived four days and nights on a child’s floating ring in the middle of the sea with no food and no water and everyone dying around her – she flew to Crete, Greece, to meet her. At the time Doaa was deeply traumatized.

“She lived a nightmare beyond what anyone could possibly imagine. She witnessed the drowning of 500 people, just one after the other before her eyes, including Bassem, who after two days of treading water next to her, slipped from her hands and gave up his struggle.” The fact that 19-year-old Doaa and 18-month-old Masa survived is actually “almost miraculous.”

Through UNHCR’s resettlement programme, which helps resettle refugees in a third country, Doaa was reunited with her family. “We were able to connect them with the Swedish Government and facilitate the move,” said Ms. Fleming. “The Swedish Government settled them in a small snowy village where they are now learning Swedish, she is healing from her trauma and now again thinking of her brighter future.”

As she says in the book, Doaa still feels the same longing she felt in 2012. “One day, I hope to return to Syria so I can breathe again. Even if just for one day. That would be enough. ”

AUDIO: Melissa Fleming talks to UN News about her book 'A Hope More Powerful Than the Sea.'

Ms. Fleming said she never met a single refugee who does not want to go back. “All refugees want to go home someday. Some of them may never go home and live there again… they were forced to flee. It’s one of the worst things that can happen to you, everything that you treasure and it’s not just things, it’s community, it’s friends, it’s atmosphere, it’s the type of food, it’s memories, it’s all been forcibly left behind.

“All refugees long for the chance to be able to go home. I hope one day Doaa will be able to go home and not just go home, but go home to a peaceful Syria, the Syria that has been reconstructed and a Syria that is reconciled with the evils that have happened in the past six years.”

The book is set to reach an even wider audience given that Hollywood directors Steven Spielberg and J. J. Abrams plan to turn it into a film. “That means that the telling of this single human story, a remarkable human story… it’s something that resonates,” Ms. Fleming noted.

Nearly 3,000 migrants were rescued trying to cross the Mediterranean Sea, according to the United Nations migration agency, which also reported that more than a dozen rescue operations were under way in the area yesterday.