World Bank
A laboratory specialist researching on avian influenza at a human health lab. (file)
18 May 2017

With about half of all clinical trial results unreported, some of the world's largest founders of medical research and international non-governmental organizations today agreed to adopt standards – based on United Nations health agency's recommendations – to register and publicly disclose results of all clinical trials they fund or support.

“Research funders are making a strong statement that there will be no more excuses on why some clinical trials remain unreported long after they have completed,” said Marie-Paule Kieny, Assistant Director-General for Health Systems and Innovation at the UN World Health Organization (WHO).

The concern is that unreported trials result in an “incomplete and potentially misleading” understanding of the risks and benefits of vaccines, drugs and medical devices, and could lead to the release of harmful products.

The standards are based on a 2015 WHO published position on public disclosure, which defines timeframes within which the results should be reported.

Today's joint statement that future standards will be in line with that 2015 position, was signed by the Indian Council of Medical Research, the Norwegian Research Council, the UK Medical Research Council, Médecins Sans Frontières and Epicentre (its research arm), PATH, the Coalition for Epidemic Preparedness Innovations (CEPI), Institut Pasteur, the Bill & Melinda Gates Foundation, and the Wellcome Trust.

According to a press release, the entities agreed to develop and implement policies within the next 12 months that require all trials they fund, co-fund, sponsor or support to be registered in a publicly-available registry. 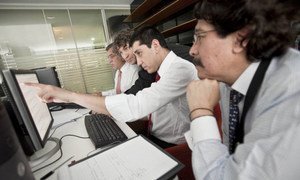 An increasing amount of deaths have recorded causes, but more than half still have incomplete or incorrect information, the United Nations health agency reported.