“It is true, I am a man, but we need all men to stand up for women's empowerment. Our world needs more women leaders. And our world needs more men standing up for gender equality,” Mr. Guterres told the Commission on Status of Women (CSW), which began its annual session this morning.

He was among the UN's several senior leaders addressing CSW, the principal global intergovernmental body dedicated to the promotion of gender equality and the empowerment of women.

Mr. Guterres noted that empowerment of women is about breaking structural barriers. With the nearly one billion women entering the global economy in the next decade, empowerment will unleash the potential of all these women and girls – and they will lead the world to a new future.

He also cited one study showing that women's equality can add $12 trillion to global growth over the next decade.

Furthermore, he stressed, when women meaningfully participate in peace processes, the chance of sustainable peace goes up by 35 per cent over 15 years. He asked UN Member States to move beyond the current level, where women make up just 3 per cent of UN peacekeepers. 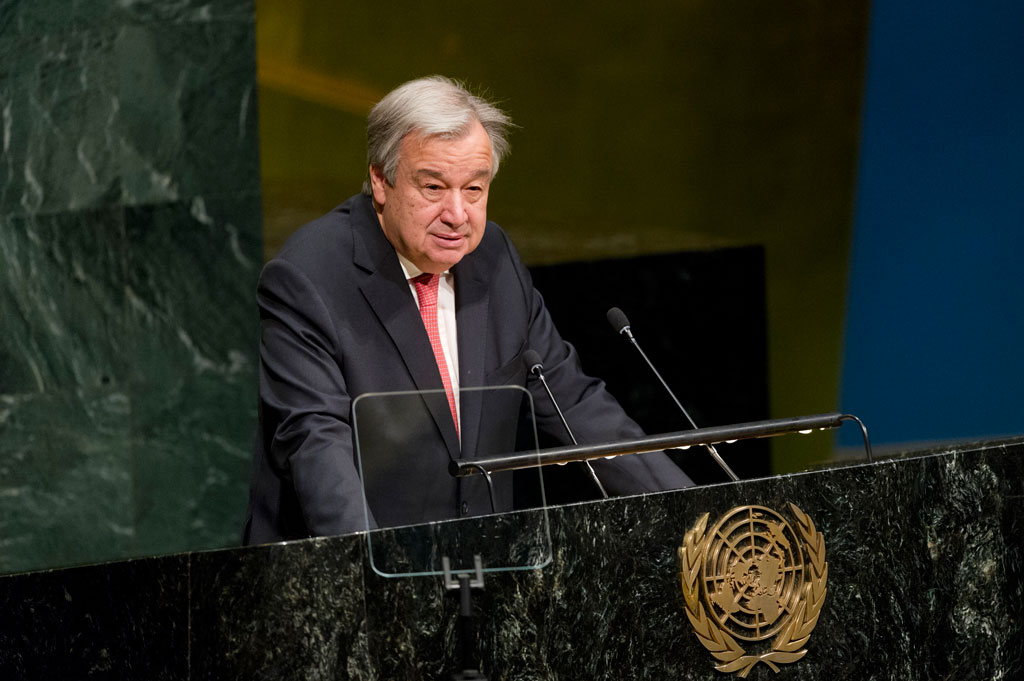 Secretary-General António Guterres addresses the opening meeting of the sixty-first session of the Commission on Stats of Women (CSW). UN Photo/Rick Bajornas

“We are all better off when we open doors of opportunity for women and girls: in classrooms and boardrooms, in military ranks and at peace talks, in all aspects of productive life,” he said.

Promising that the UN and he personally will support efforts for gender equality, Mr. Guterres said “Do not let us off the hook. Keep our feet to the fire.”

He announced that he is joining the International Gender Champions, a global network that brings women and men decision-makers together to break down gender barriers, encouraging other senior leaders to do the same.

With its priority theme 'Women's economic empowerment in the changing world of work,' CSW's sixty-first session will run through 24 March.

“The much-needed positive developments are not happening fast enough, nor are they reaching tipping point in numbers of lives changed,” she said. “Let us agree to constructive impatience.”

She pointed out that more than half of all women workers around the world – and up to 90 per cent in some countries – are informally employed, including care givers whose other life opportunities can be limited while they perform the unappreciated and valuable unpaid work of care at home. There are 190 million women in the informal sector in India alone, she noted.

Women are also clearly earning consistently less than men – a gap that women regard as 'daylight robbery,' Ms. Mlambo-Ngcuka said.

There are numerous gaps exist, including in access to digital technologies. Investment in a pipeline of girls well educated in science, technology, engineering, arts and mathematics subjects could increase the proportion of women in the digital industry workforce from the current 25 per cent and build skills matches for the 'new collar' jobs, she said.

Phumzile Mlambo-Ngcuka, Executive Director of the UN Entity for Gender Equality and the Empowerment of Women (UN Women), addresses the opening meeting of the sixty-first session of the Commission on Stats of Women (CSW). UN Photo/Rick Bajornas

“What you agree to do during this CSW could be an accelerator for the implementation and achievement of the 2030 Agenda [for Sustainable Development],” she said.

In his remarks, General Assembly President Peter Thomson said that all of his grandchildren are girls. “As they grow toward adulthood, I cannot abide the thought that they will not enjoy full and equal rights with their male peers,” he said.

Mr. Thomson said he will turn to the 2030 Agenda for Sustainable Development to find faith and be assured that his granddaughters will not live in a world still lacking the basic human right of equality between men and women.

“The preamble of the Agenda, its introduction, its transformational vision, and its shared principles and commitments are all suffused with the logic of gender equality,” he said, noting that paragraph 20 declares that achievement of full human potential and of sustainable development is not possible, if half of humanity continues to be denied its full human rights and opportunities.

Sustainable Development Goal 5 specifically commits all to achieving gender equality and the empowerment of all women and girls, he added.

Audio: UN Secretary-General António Guterres quoted the staggering cost of gender inequality in his first address to the Commission on the Status of Women

Dalia Leinarte, Chair of the Committee on the Elimination of Discrimination against Women (CEDAW), said that this year, the Committee has begun to make references to specific Sustainable Development Goals in its recommendations addressed to States parties.

VIDEO: Building on his promise to work for gender parity, United Nations Secretary-General António Guterres has issued a call for action, as well as for "targets and benchmarks" to measure the progress.

The Committee is the body of independent experts that monitors implementation of the Convention on the Elimination of All Forms of Discrimination against Women.

Most of the 27 concluding observations that CEDAW Committee adopted since July 2016, link specific SDGs and targets, to relevant articles of the Convention, she said.

“Linking the Convention to the 2030 Agenda has great potential in advancing women's economic empowerment and enables the Committee to support States in implementing the SDGs,” she said. 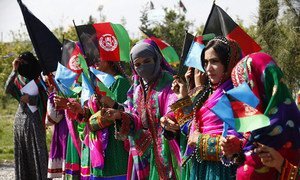 In his message on International Women’s Day, Secretary-General António Guterres stressed that while women’s rights are human rights, in these troubled times, the rights of women and girls are being reduced, restricted and reversed.