“I am particularly concerned by reports that no credible investigation has been conducted into hundreds of alleged unlawful killings, including women and children over a period of 13 months between late July 2015 and the end of August of 2016,” UN High Commissioner for Human Rights Zeid Ra'ad Al Hussein said in a news release published by his Office (OHCHR).

During that period, Government security operations affected more than 30 towns and neighbourhoods and displaced between 335,000 and half a million people, mostly of Kurdish origin.

Mr. Zeid acknowledged the complex challenges Turkey has faced in addressing the attempted coup of July 2016 and in responding to a series of terror attacks. However, he said the apparent significant deterioration of the human rights situation in the country is cause for alarm and would only serve to deepen tensions and foster instability.

The news release said that measures taken under the state of emergency following the attempted coup of July 2016, including the dismissal of more than 100,000 people from public or private sector jobs during the reporting period, have also deeply affected the human rights situation in the southeast.

Some 10,000 teachers were reportedly dismissed on suspicion of having links with the Kurdistan Workers Party (PKK), which the Government considers a terrorist organization, without due process.

The use of counter-terrorism legislation to remove democratically elected officials of Kurdish origin, the severe harassment of independent journalists, the closure of independent and Kurdish language media and citizen's associations and the mass suspension of judges and prosecutors have also severely weakened checks and balances and human rights protections.

“The Government of Turkey has failed to grant us access, but has contested the veracity of the very serious allegations made in this report. But the gravity of the allegations, the scale of the destruction and the displacement of more than 355,000 people mean that an independent investigation is both urgent and essential,” Mr. Zeid said. 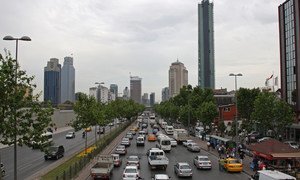