27 February 2017
People of African descent in Germany suffer racial discrimination, Afrophobia and racial profiling in their daily lives, but their situation remains largely invisible to the wider society, a United Nations expert panel said today at the end of its first official visit to the country.

“The repeated denial that racial profiling does not exist in Germany by police authorities and the lack of an independent complaint mechanism at federal and state level fosters impunity,” said Ricardo Sunga, who currently heads the expert panel, in a news release issued by the Office of the UN High Commissioner for Human Rights (OHCHR).

“There is a serious lack of ethnicity-based disaggregated data, and an incomplete understanding of history, which obscure the magnitude of structural and institutional racism people of African descent face,” Mr. Sunga said, explaining that the Working Group believes that institutional racism and racist stereotyping by the criminal justice system has led to a failure to effectively investigate and prosecute perpetrators of racist violence, racial profiling and hate crimes against people of African descent.

During the eight-day mission, the human rights experts engaged with representatives of the German Federal and State authorities, representatives of national and provincial human rights institutions and civil society. The delegation welcomed ongoing efforts by the administration to address racial discrimination faced by people of African descent.

The Working group will present a report containing its findings and recommendations to the UN Human Rights Council in September 2017. 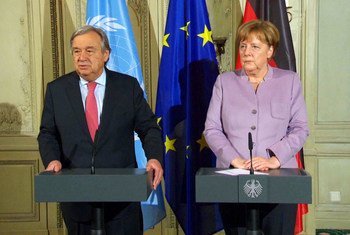