World Bank/John Hogg
High voltage transmission lines, like these in Lesotho, are a key component in national electrical grids. They also play an important role in energy security by reducing electrical loss in the form of heat.
13 February 2017

Given the importance of critical infrastructure for a country’s prosperity and security and against the backdrop of increasingly diverse physical and cyber threats from terrorist groups, the United Nations Security Council today underlined the need for international collaboration – both domestically and across borders – to ensure their protection.

In a resolution adopted unanimously today, the 15-member Council reiterated “the need to strengthen efforts to improve security and protection of particularly vulnerable targets, such as infrastructure and public places.”

Attacks against objects and sectors such as banking and finance, telecommunications, emergency services, air, maritime and rail transportation, and energy and water supply – perceived as ‘attractive targets’ for terrorist groups – can result not only in civilian casualties, but also damage property on a large scale, disrupt proper functioning of public services, and create chaos in societies.

Such attacks may also cause widespread environmental damage, as well as significantly undermine national defence capabilities.

Further in the resolution, the Security Council – the UN body with the responsibility for maintenance of international peace and security – also underscored the importance of partnerships at all levels and with public and private stakeholders.

It called upon UN Member States “to share information […] to prevent, protect, mitigate, investigate, respond to and recover from damage from terrorist attacks on critical infrastructure facilities, including through joint training, and use or establishment of relevant communication or emergency warning networks.”

The resolution was adopted at an open Security Council debate on vulnerabilities, interdependencies and capabilities and the cascading impacts of terrorist attacks on critical infrastructure, as well as measures to prevent them.

Noting that international counter-terrorism cooperation – especially in the area of critical infrastructure – has been limited, Maria Luiza Viotti, Chef de Cabinet of the Secretary-General António Guterres, called on all international community to unite in a coordinated response and outlined the importance of a coordinated response comprising all actors and stakeholders.

“Strategically, this means that the international community needs to unite and be more creative, proactive and effective, including through the development of strong public-private partnerships,” she said, delivering the UN chief’s message to the forum. 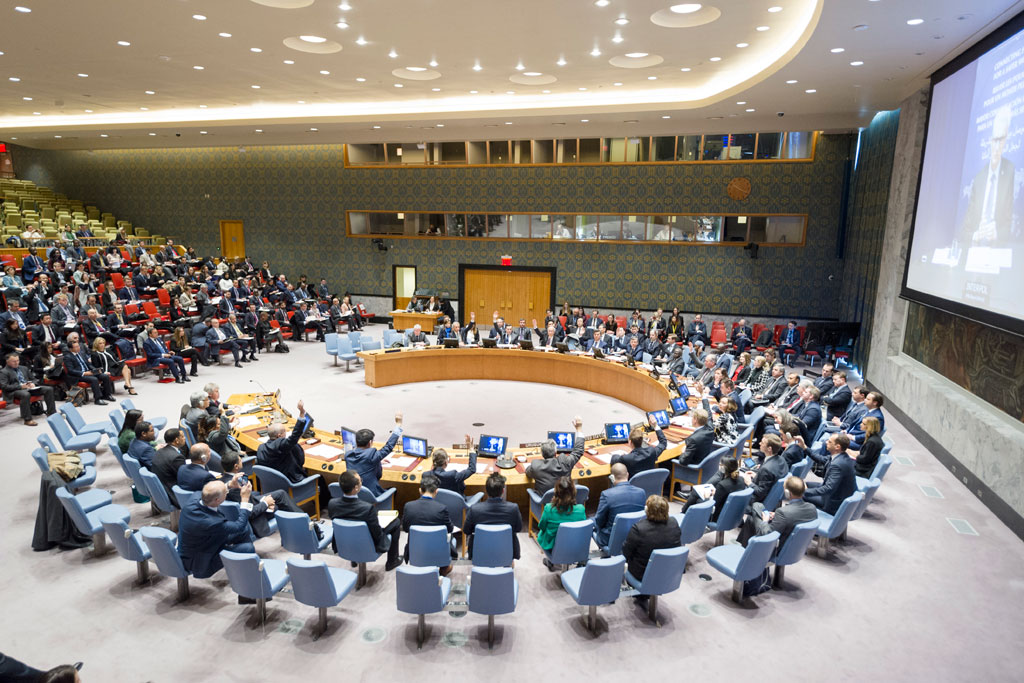 One attack can have a ripple effect worldwide – INTERPOL chief

Also cautioning that the consequences of an attack in today’s interconnected world could be far reaching, Jürgen Stock, the Secretary-General of the International Criminal Police Organization (ICPO-INTERPOL) said: “One attack on a single point of failure could lead to the disruption or destruction of multiple vital systems in the country directly affected, and a ripple effect worldwide.”

“This creates an appealing target to those intending to harm us. And as our cities and infrastructure evolve, so do their weapons,” he added.

To mitigate such threats, he called for strengthening critical site security and emergency preparedness standards and procedures; protecting national borders and countering terrorist mobility; enhancing vigilance and efforts to interdict materials and tools before they become the “next weapon”; and boosting inter-agency and international collaboration, as a force multiplier.

“In an interconnected world, we will not succeed in protecting national infrastructure in isolation. This is why initiatives […] and the steps […] by the international community are essential,” he underlined.

Other speakers speaking at the debate included Hamid Ali Rao, Deputy Director-General of the Organisation for the Prohibition of Chemical Weapons (OPCW); Chris Trelawny, Special Adviser to the Secretary-General of the International Maritime Organizations (IMO) on Maritime Security and Facilitation; Olli Heinonen, Senior Advisor on Science and Non-proliferation at the Foundation for Defense of Democracies and former Deputy Director-General of the International Atomic Energy Agency (IAEA).