“The greatest shortcoming of the international community today is its failure to prevent conflict and maintain global security,” he wrote. The new Secretary-General, whose five-year term began on 1 January, is urging the international community to respond to recent crises by committing to a more diplomatic and peaceful 2017. To do that, he argued, we must focus on the basics: stronger institutions and more resilient societies.

To strengthen prevention efforts, he urged, the global community must put human rights at the forefront of its national and international policies and ensure that women are free from violence and discrimination. This approach, he emphasized, is essential to sustainable development.

In situations where prevention has failed, Mr. Guterres advocated for greater mediation, arbitration, and “creative diplomacy backed by all countries with influence.” He called for countries to settle differences through peaceful means and hailed the 2030 Agenda for Sustainable Development as a “blueprint for making our world more equitable, sustainable, and liveable.”

The Secretary-General also outlined a plan of reform for the United Nations itself, promising simplification, decentralization, and flexibility within the Organization.

“The United Nations must focus on delivery rather than process and on people rather than bureaucracy,” he wrote. That vision, explained Mr. Guterres, includes a “culture of accountability, strong performance management, and effective protection for whistleblowers.”

In addition, the Secretary-General spoke of improvements to peacekeeping operations and a commitment to gender parity. He intends to ensure that women hold senior roles at the UN and that women continue to be represented at all levels of the organization.

However, he stressed that reforms are dependent upon trust among leaders, people, and institutions at national and international levels. Leaders, he added, must prove that they care about their people as well as global stability and solidarity.

“It is time for all of us to remember the values of our common humanity, the values that are fundamental to all religions and that form the basis of the UN Charter: peace, justice, respect, human rights, tolerance, and solidarity,” he urged. 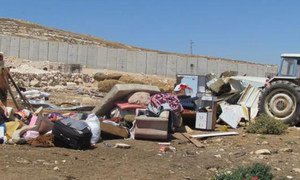