As funds shrink, UN agency may end assistance to 150,000 in Central African Republic

Due to a lack of funding, the United Nations World Food Programme (WFP) is running a risk of soon needing to halt its aid to 150,000 people in crisis-torn Central African Republic (CAR) who have been displaced by violence.

Due to a lack of funding, the United Nations World Food Programme (WFP) is running a risk of soon needing to halt its aid to 150,000 people in crisis-torn Central African Republic (CAR) who have been displaced by violence.

This year, WFP aimed to support some one million people but only 400,000 received assistance due to funding constraints. Rations have been halved and school meal distributions over the past two months have fallen short of intended goals. Throughout December, thousands of displaced people have been living off of a quarter of a standard food ration.

“Our food stocks are at their lowest,” In a separate announced Felix Gomez, WFP Country Director for CAR, who reported that without further funding, the agency would be forced to make additional cuts to the food it could provide in January, and that by February, distributions would be suspended altogether.

“The food distributed by WFP represents a lifeline for people who have lost everything. Suspending assistance will have a dramatic impact on the lives of already internally displaced people and refugees, who rely on our food distributions to feed themselves and their families,” said Mr. Gomez.

Without additional assistance, host communities will take on an unbearable burden, which could fuel tension and create security risks. WFP needs $21.5 million in order to provide assistance to 150,000 people through June 2017. 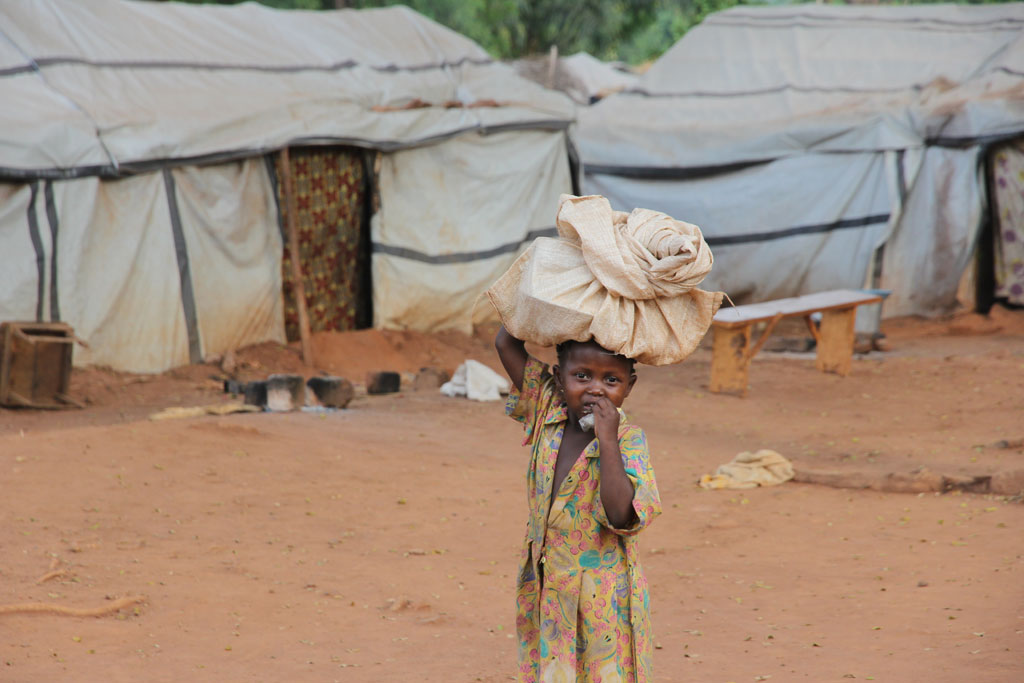 Displaced children continue to smile despite toughest times at IDPs site in the fractured city of Bambari showing glimmers of hope for a peaceful future in the midst of conflict. Photo: OCHA/Gemma Cortes

“We call on the generosity of our donors to help avert a greater humanitarian crisis,” urged Mr. Gomez.

Of a population of almost five million, half are currently facing hunger. Next year, WFP intends to assist 578,000 people through monthly food distributions, food assistance in exchange for creating community assets, purchase for progress activities in order to connect smallholder farmers to markets, treatment and prevention of malnutrition, and emergency school meals.

Clashes between the mainly Muslim Séléka rebel coalition and anti-Balaka militia, which are mostly Christian, plunged the country into civil conflict in 2013. Despite significant progress and successful elections, the CAR has remained in the grip of instability and sporadic unrest.