A major global conference, aiming to set a ‘New Urban Agenda,’ which, in the words of the United Nations Secretary-General Ban Ki-moon, will “help us to rethink how we plan, manage and live in cities,” begins this weekend, in the Ecuadorian capital, Quito.

The 2016 UN Conference on Housing and Sustainable Urban Development – or Habitat III – has been 20 years in the making, following on from the very first UN Conference on Human Settlements in Vancouver, Canada, in 1976, and “Habitat II,” which took place in 1996, in Istanbul, Turkey.

It was the UN General Assembly which convened the Habitat conferences, recognizing the need for a more sustainable approach to help cities grow.

This highly-anticipated conference, is taking place in the so-called Global South for the very first time; an important symbol, according to Habitat III’s de facto architect, Joan Clos, who is Executive Director of UN-Habitat, the organization’s Human Settlements Programme.

He will be assuming the title of Secretary-General of the conference, which officially opens Monday and runs until 20 October.

“The Global South is the one that is organizing most now, it is where most of the big problem are, and it’s where a lot of the support is required,” he said, in an interview with the UN News Service at UN Headquarters, on his way to Quito.

“Urbanization has accelerated in the last 20 years […] We have discovered that urbanization has huge potential, and also has huge risks,” he said, adding that urban planning and development, moving forward, was one of the “huge strategic issues” facing the planet.

Ahead of the UN Habitat III on urbanisation in Quito, Ecuador, Joan Clos for new commitment to improve urbanisation. Credit: UN News

Cities: Home to more than half the world’s population

While the conference involves discussion on all kinds of settlements, the focus is due to be on cities, where 54 per cent of the world’s population already lives. This figure is due to increase to 66 per cent by 2050.

At the time of Habitat I, the world’s urban population stood at just under 40 per cent.

Mr. Clos, a former big-city mayor himself, having led Barcelona between 1997 and 2006, said that a whole range of recent global events had made cities more important than ever – from the 2008 sub-prime mortgage crisis to the urban revolts of the so-called “Arab spring” – and the ambitious 2030 Agenda and its Sustainable Development Goals (SDGs) are closely linked to the standards that governments are due to adopt in Quito, known collectively as the New Urban Agenda.

“It’s a proposal to revisit urbanization, and avoid the mistakes that have been developing in the last 20 years. When we look at the statistics, the level of planned organization has decreased, and the quality of the planning has also decreased,” said Mr. Clos. 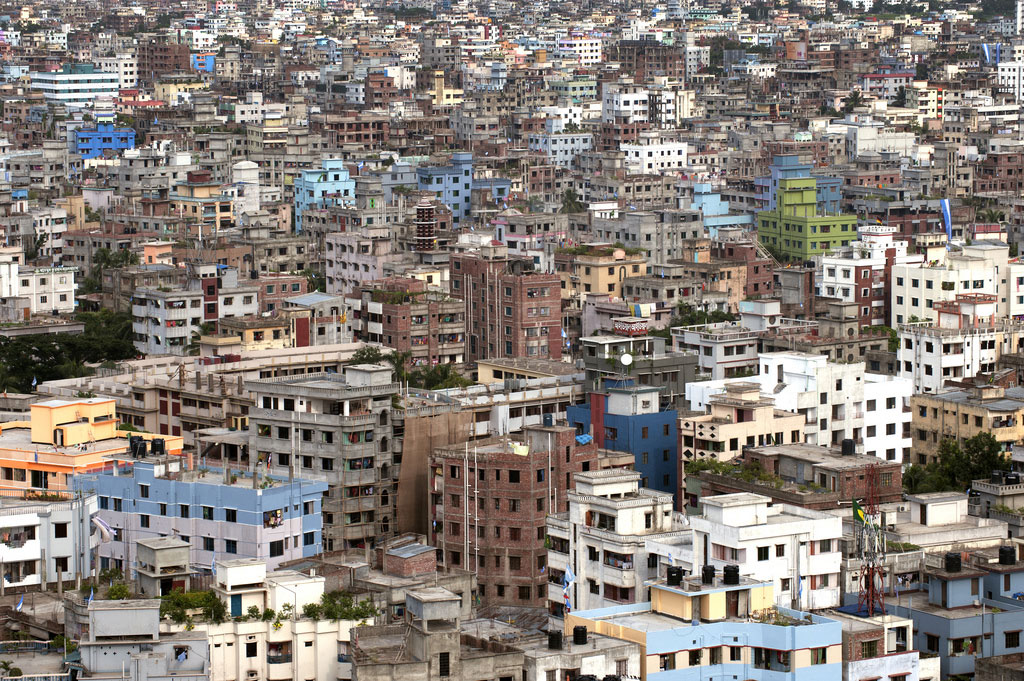 A city view of Dhaka, Bangladesh. The Asia-Pacific region is urbanizing rapidly. While for the world as a whole the urban population growth rate is 2.0%, in Asia and the Pacific it is 2.3%. UN Photo/Kibae Park

“We need to go back to the basics – to the fundamentals – and understand that urbanization is not a minor question, it is not an easy process, it requires a lot of commitment,” he added.

Rather than thinking of it as the new agenda, he said it needed to be seen as “the forgotten agenda,” which would require a major effort by national governments working with local politicians to come up with individual “compacts” to help each city to get on track.

Bridging the gap between the urban rich and poor

Another key focus for the thousands of government representatives, civil society, and other stakeholders, who will be in Quito, is to stop the widening inequality gap between the richest and the poorest in many cities.

Just looking to the financial elites to spend money on a city’s problems, is “the wrong approach,” he added. 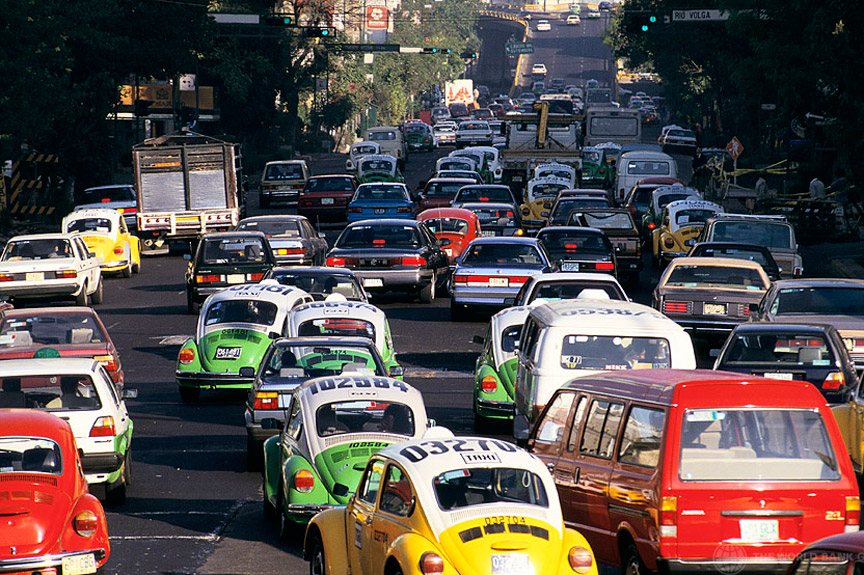 “The value generated by urbanization should not be kept by a minority of people. It should be shared between all the stakeholders, in order that urbanization pays for itself, in a virtuous circle of improvement and reinvestment.”

Habitat III represents a great opportunity he added, to “recover […] 20 to 30 years of loss of focus, and loss of direction in the urbanization process,” he stated.

“We have seen faith in the deregulation of urbanization as an efficient manner to organize, and all that together, has produced a cocktail which has come with an outcome which has been very negative for urbanization,” Mr. Clos explained, adding: “The sad outcome is that we have lost the opportunity to take advantage of the value that can be generated through good and proper urbanization.”

From Medellin to Quito: an inclusive, participatory process

The road to Quito itself, has been a mindful one, beginning in 2014 with the Medellin Declaration of the National Regional and World Urban Forums, through preparatory events and dialogues in cities throughout the world.

That inclusive and participatory process will culminate in Quito, starting on Saturday ahead of the Conference, with assemblies involving children, youth and women, followed by a business assembly, and gathering of mayors from around the world on Sunday. 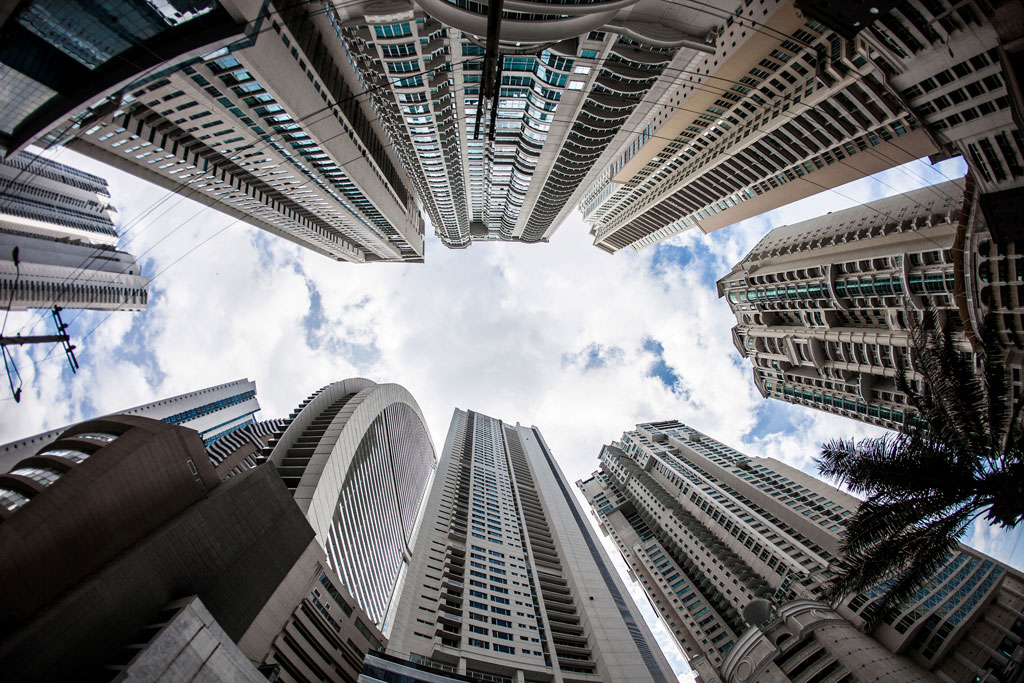 UN Secretary-General Ban is due to open the high-level event on Monday celebrating the adoption of the Quito Declaration, alongside the President of Ecuador, Rafael Correa, and fittingly, the Mayor of Quito, Mauricio Rodas.

Unlike the clear global warming targets that drive the Paris Agreement on climate change, the success of Habitat III, said Mr Clos, will depend on more complex and nuanced policies, drawn up by national and local politicians first and foremost.

“Recovering sound urban legislation, especially addressing questions of property of land, protection of public space, public housing - strengthening the capacity of local authorities – it’s not wise to leave many local authorities bankrupt around the world, which is the current situation.”

“It’s a mixture of politics, and science, and in that sense, every city is different,” added Mr Clos.

Mr. Ban, in his message for World Habitat Day earlier this month, said: “I look forward to a successful Habitat III Conference that will help us advance our sustainable development agenda for the benefit of all mankind.”

Adequate housing is a universal human right and should be at the centre of the urban policy and in the physical centre of the city, senior United Nations officials said today, marking the 2016 edition of World Habitat Day.