In his final address to the United Nations General Assembly as United States President, Barack Obama today delivered a ringing appeal for global integration in the face of religiousfundamentalism, the politics of ethnicity, aggressive nationalism and crude populism, even as he called for a course correction.

“At this moment, we all face a choice. We can choose to press forward with a better model of cooperation and integration. Or we can retreat into a world sharply divided, and ultimately in conflict, along age-old lines of nation and tribe and race and religion,” he said, declaring that the spirit behind the founding of the UN itself shows what is best in humanity.

“As imperfect as they are, the principles of open markets and accountable governance, ofdemocracy and human rights and international law that we have forged, remain the firmest

foundation for human progress in this century,” he told world leaders on the first day of the Assembly’s annual general debate, his eighth.

“The integration of our global economy has made life better for billions of men, women and children. Over the last 25 years, the number of people living in extreme poverty has been cut from nearly 40 per cent of humanity to under 10 per cent. That's unprecedented. And it's not an abstraction. It means children have enough to eat; mothers don’t die in childbirth.”

But in order to move forward it has to be acknowledged that the existing path requires a course correction. “A world in which one per cent of humanity controls as much wealth as the other 99 per cent will never be stable,” Mr. Obama stressed, calling for a global economy that works for all people. 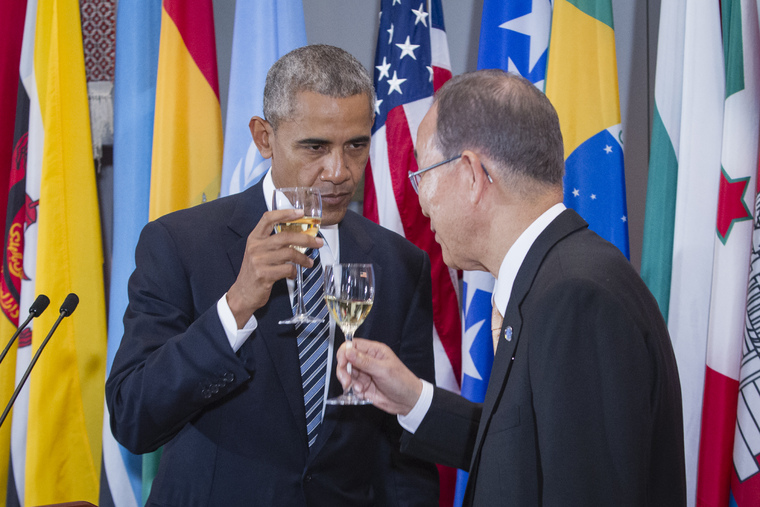 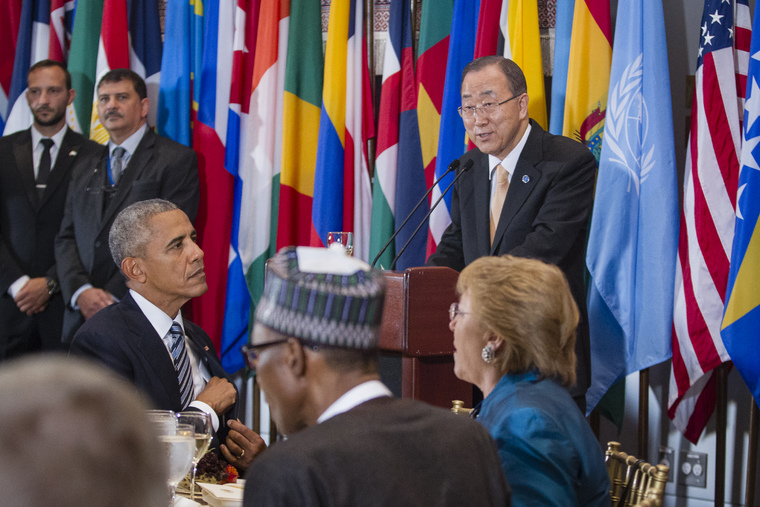 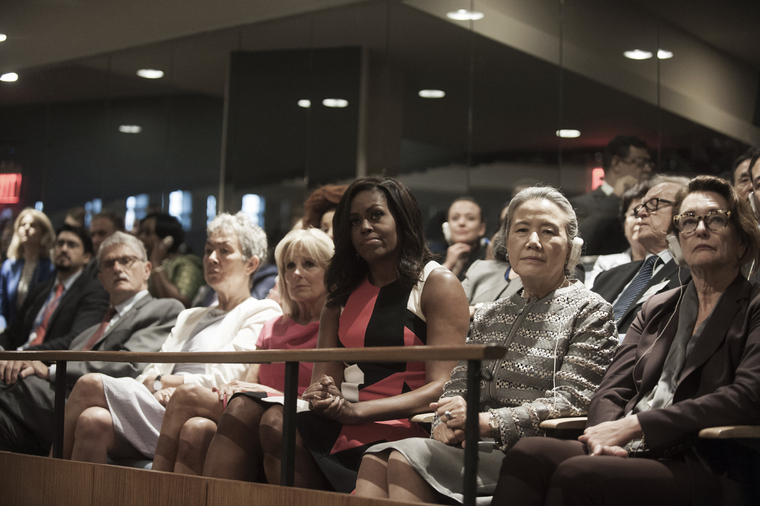 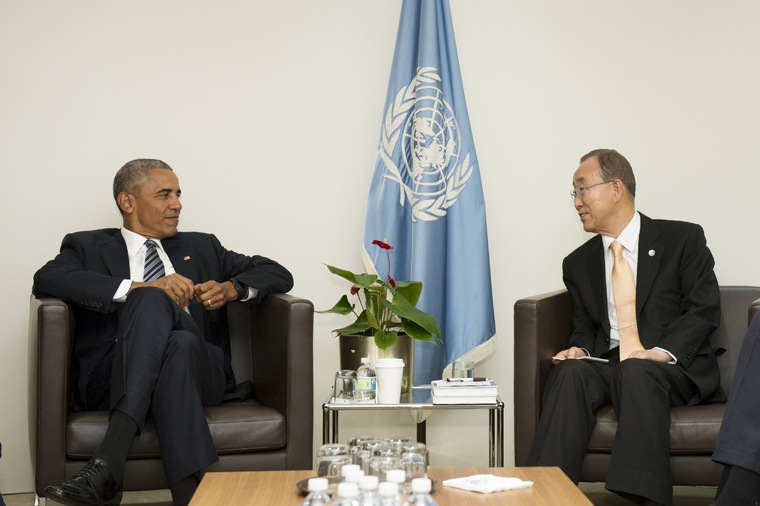 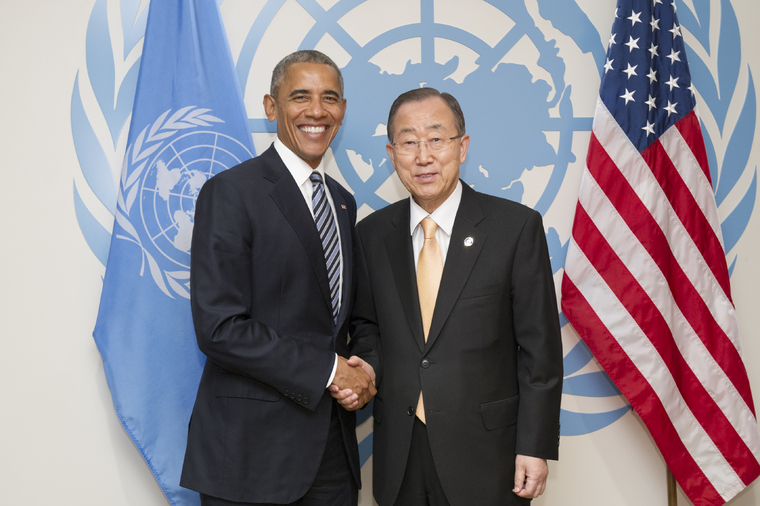 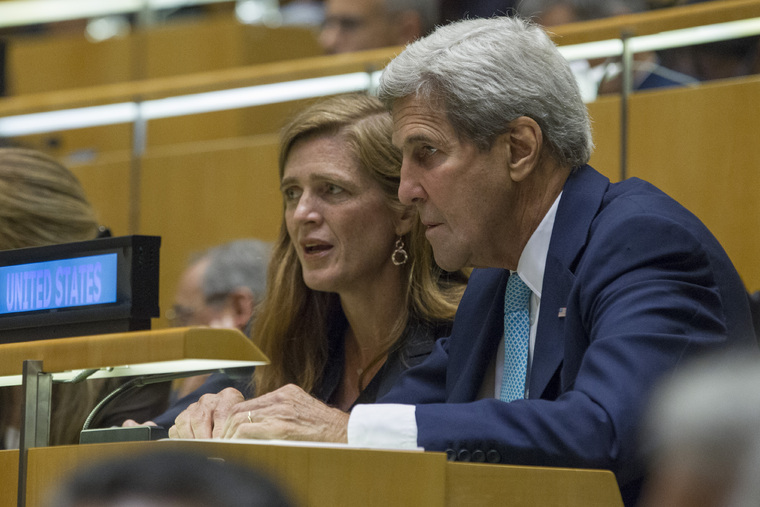 United States Secretary of State John Kerry with Samantha Power, US Permanent Representative to the UN, during the general debate of the General Assembly’s seventy-first session. UN Photo/JC McIlwaine

“Just as we benefit by combatting inequality within our countries, I believe advanced economies still need to do more to close the gap between rich and poor nations around the globe. This is difficult politically. It's difficult to spend on foreign assistance. But I do not believe this is charity,” he stressed.

“For the small fraction of what we spent at war in Iraq, we could support institutions so that fragile States don’t collapse in the first place; and invest in emerging economies that become markets for our goods. It's not just the right thing to do – it's the smart thing to do,” said Mr. Obama.

He called for rejection of all forms of fundamentalism, racism, and belief in ethnic superiority that make traditional identities irreconcilable with modernity.

While laying out his general vision for a better world, Mr. Obama touched on specifics including the vital need to combat climate change by building on the accord reached in Paris last December and the duty of the wealthiest countries to help poorer nations leapfrog destructive forms of energy.

He also referred to current crises tearing the world apart, including “Russia attempting to recover lost glory through force” by interfering in the affairs of its neighbours, and the South China Sea, where “a peaceful resolution of disputes offered by law will mean far greater stability than the militarization of a few rocks and reefs.”

In Syria, he said, there is no ultimate military victory to be won, and the hard work of diplomacy must stop the violence, and deliver aid to those in need. “And surely, Israelis and Palestinians will be better off if Palestinians reject incitement and recognize the legitimacy of Israel, but Israel recognizes that it cannot permanently occupy and settle Palestinian land,” he added.

But the main thrust of his remarks remained the need for overall global cooperation as inspired by the founding of the UN itself, even if this means curbing the power of the strongest countries.

“We can only realize the promise of this institution’s founding – to replace the ravages of war with cooperation – if powerful nations like my own accept constraints,” Mr. Obama declared “Sometimes I'm criticized in my own country for professing a belief in international norms and multilateral institutions.

“But I am convinced that in the long run, giving up some freedom of action – not giving up our ability to protect ourselves or pursue our core interests, but binding ourselves to international rules over the long term – enhances our security. And I think that's not just true for us,” he added.