UN Photo/P. Sudhakaran
Nelson Mandela, then Deputy President of the African National Congress of South Africa, raises his fist in the air while addressing the Special Committee Against Apartheid in the General Assembly Hall.
18 July 2016

As the world marks Nelson Mandela International Day, United Nations officials and UN Messenger of Peace Stevie Wonder today paid tribute to the South African activist and peacemaker's tireless efforts to end intolerance and injustice, calling on the international community to follow his guiding example in efforts to build a better world for all.

As the world marks Nelson Mandela International Day, United Nations officials and UN Peace Ambassador Stevie Wonder today paid tribute to the South African activist and peacemaker's tireless efforts to end intolerance and injustice, calling on the international community to follow his guiding example in efforts to build a better world for all.

“Nelson Mandela International Day is an opportunity to reflect on the life and work of a legend who embodied the highest values of the United Nations,” said UN Deputy Secretary-General Jan Eliasson at a meeting of the General Assembly at UN Headquarters in New York to mark the Day, which is observed annually on 18 July.

“Today, we remember a man of quiet dignity and towering achievement who worked tirelessly for peace and human dignity,” he added, delivering the message on behalf of UN Secretary-General Ban Ki-moon, who is currently in South Africa for the International AIDS Conference and will be marking the Day in Durban.

The Deputy Secretary-General emphasized that as the UN sets out to implement the newly adopted 2030 Agenda for Sustainable Development, Member States should seek to continue building on Mr. Mandela's legacy of selflessness and deep sense of shared purpose.

“Nelson Mandela gave 67 years of his life to bring change to the people of South Africa. His accomplishments came at great personal cost to himself and his family. His sacrifice not only served the people of his nation, but all people around the world, giving them hope to fulfil their dreams and aspirations,” the Deputy Secretary-General said, adding that “Nelson Mandela continues to show us the way.” 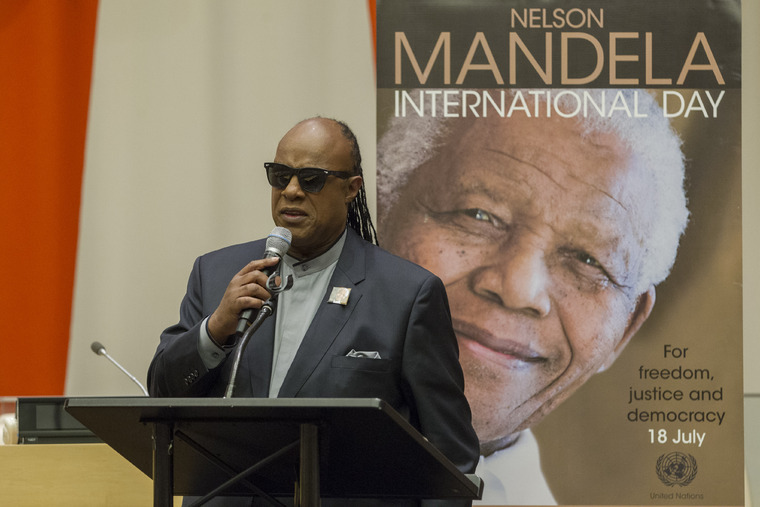 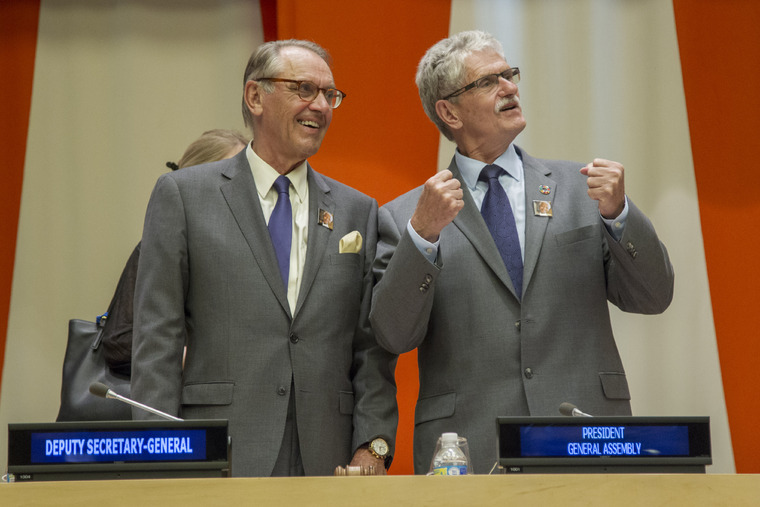 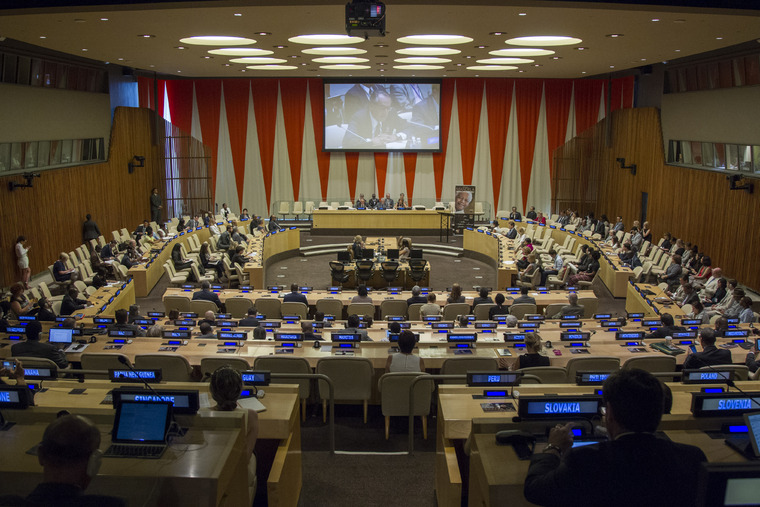 Mr. Eliasson said that the UN joined the Mandela Foundation in inviting people around the world to devote at least 67 minutes today to community service activity, because at the heart of the Day is volunteer work for people and the planet.

“There is so much we can do. Tutor a child. Feed the hungry. Clean up a site or care for your environment. Volunteer to serve at a hospital or community centre. Help a refugee family. Be part of the Mandela movement to make the world a better place. Nobody can do everything but everybody can do something,” he said, noting that the theme of this year's Day – Take action! Inspire change – is meant to mobilize the human family to do more to build a peaceful, sustainable and equitable world.

“This is the best tribute we can give to an extraordinary man who, with his steadfast belief in justice and equality, showed how one person can make a difference,” the Deputy Secretary-General said.

“Let us all continue being inspired by Nelson Mandela's lifelong example and his call to never cease working to build a better world for all,” he added.

In other remarks today, General Assembly President Mogens Lykketoft noted that the Day represents an opportunity for the Assembly to celebrate and promote the values and extraordinary vision of one of the greatest men in modern history.

“President Mandela's contribution to humanity extends across the three pillars of the UN and both the Nelson Mandela Prize and the United Nations Standard Minimum Rules for the Treatment of Prisoners – also known as Nelson Mandela Rules – are a testament to his global impact,” Mr. Lykketoft said.

“But an even greater testament to Mandela's influence, would be for all world leaders to follow his example,” he said, encouraging Member States to write a new chapter of history by dedicating their time and talent to improving the lives of billions of people everywhere.

The keynote address at the UN's festivities in New York were given by Mr. Wonder, who began with a moment of silence for those who lost their lives as a result of gun violence and terrorism.

Keynote speech by Stevie Wonder, singer and UN Messenger of Peace, at the Informal Meeting of the General Assembly on the occasion of the Annual Observance of the Nelson Mandela International Day. Credit: UNTV

The UN Messenger of Peace said he was overwhelmed with joy to be part of the festivities for Mr. Mandela, whose struggle for democracy, human rights and social justice was only possible because he conducted himself with the highest standard of courage, integrity and grace.

Mr. Mandela "set forth a model of behaviour and sense of being, that is so very desperately needed today. He has given the world a road map to follow in order to advance peace and social justice more effectively. We must follow it,” Mr. Wonder said.

The singer and song writer also pledged to continue his longstanding work and advocacy on behalf of people with disabilities.

He renewed an appeal that opportunity should be equally made available for all, calling on countries to strengthen efforts to promote access to technology and create adequate public infrastructure and transportation services, in order to have a more inclusive, accessible society for all.

“Be not afraid! Be the bridge! Not the wall to peace and understanding. Be the man or woman that Nelson Mandala would be proud to call his brother or sister in the struggle for peace and love,” Mr. Wonder said.

Mr. Wonder finished his address with a new song he wrote a couple of weeks ago, asking “where is our song of love, not a song for you and me but a song for humanity.”

In honour of Mr. Mandela, a clothing donation public service activity was held at the Secretariat Circle at UN Headquarters – one of several events today around the world in which the UN took part.

A group of United Nations and other international human rights experts are calling for Governments to implement the Revised Standard Minimum Rules for the Treatment of Prisoners, dubbed the “Nelson Mandela Rules.”