The robot age is already a reality among manufacturers in South-East Asia, where countries have been incrementally introducing automation to improve quality, consistency, and workplace safety, with robots deployed in human-centric, collaborative ways to raise the productivity of higher skilled workers, rather than replace them, a new study by the International Labour Organization (ILO) has found.

The study, ASEAN in transformation: How technology is changing jobs and enterprises, published by the ILO Bureau for Employers' Activities, examines the impact of technology on workplaces in the automotive and auto parts, electrical and electronics, textiles, clothing and footwear, business process outsourcing, and retail sectors in the Association of Southeast Asian Nations (ASEAN).

“Countries that compete on low-wage labour need to reposition themselves,” Deborah France-Massin, Director for the Bureau said in a press release today. “Price advantage is no longer enough. Policymakers need to create a more conducive environment that leads to greater human capital investment, research and development, and high-value production,” she explained.

The study, based on two ASEAN-wide surveys of more than 4,000 enterprises and 2,700 students, and qualitative interviews with more than 330 stakeholders in region and beyond, found that there is considerable potential for growth and employment offered by advanced technologies, such as additive manufacturing, robotics and the 'Internet of Things,' a proposed development of the Internet in which everyday objects have network connectivity, allowing them to send and receive data.

“More than 60 per cent of enterprises surveyed see these technologies as a positive for increasing sales, labour productivity and employment of highly skilled workers,” noted the release.

The study warned that while mass scale job displacement is not imminent, about 56 per cent of all salaried employment in Cambodia, Indonesia, the Philippines, Thailand and Viet Nam, is at high risk of displacement in the next couple of decades primarily because of declining costs and increasing accessibility of new technologies.

Jobs in industries such as textiles, clothing and footwear, numbering more than nine million – majority of whom are women – are especially vulnerable to disruptive technologies. This could reduce export growth as destination markets in Europe and the United States bring production back home. The subsequent social consequences could be particularly significant for some ASEAN economies such as Cambodia and Viet Nam.

The study also pointed out that while enterprises across the region are increasingly seeking workers with science, technology, engineering and mathematics qualifications, young people, predominantly young women, are not choosing to study these subjects. Only 17 per cent of female students surveyed indicated they were doing courses on science, technology, engineering and mathematics.

♦ Receive daily updates directly in your inbox - Subscribe here to a topic.
♦ Download the UN News app for your iOS or Android devices.
tech

UN peacekeeping mission in Timor-Leste comes to an end 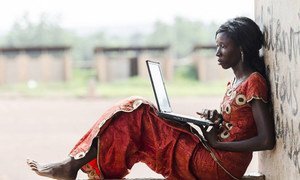 Speaking at the first multi-stakeholder forum on science, technology and innovation for the Sustainable Development Goals (SDGs), United Nations Secretary-General Ban Ki-moon urged leaders to share their benefits with those who stand to gain most.