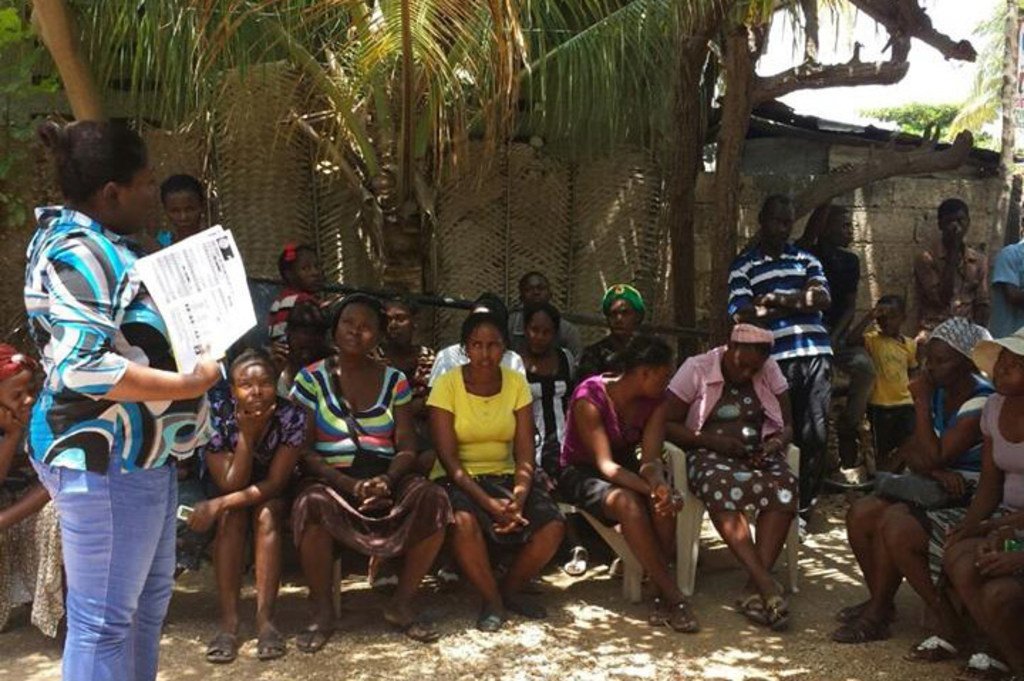 UN MINUSTAH
Awareness and civic education being carried out in Seprenne, Gonaïves, ahead of Haiti’s 9 August 2015 elections.
16 June 2016
Peace and Security

According to a statement issued by his spokesperson, Mr. Ban called on the National Assembly to urgently decide on a viable arrangement for provisional governance that can ensure the completion of the electoral process and a return to full constitutional order without further delays.

The statement further says that the UN chief urged all stakeholders to act responsibly in the interest of Haiti and its people and to refrain from any incitement or resort to violence.

The UN and its partners in Haiti have also expressed concern that measures to ensure institutional continuity had not been taken despite missing several key deadlines regarding the political transition as well as the ending of term of the country's provisional president.

On 14 February, the Haitian National Assembly elected Jocelerme Privert as the island nation's interim President, one week after former President Michel Martelly departed without a successor. Mr. Privert served as interim President for 120 days, and an election had been scheduled for 24 April, following an agreement – known as the 5 February Agreement – between Haitian stakeholders to preserve institutional continuity and further the electoral process.V

Yesterday, the Special Representative of the Secretary-General in Haiti, Sandra Honoré, and the other members of the international community in Haiti represented in the "Core Group" (the Ambassadors of Brazil, Canada, France, Spain, the United States and the European Union, and the Special Representative of the Organization of American States) issued a joint statement calling on the National Assembly to facilitate the return to constitutional order through the holding of elections without further delay.

The United Nations and its partners in Haiti have today expressed concern that as the provisional president's agreed 120-day mandate has come to end, “no measures have been taken to ensure institutional continuity” in the island nation, where several key deadlines regarding the political transition process have been missed.