The United Nations Assistance Mission in Afghanistan (UNAMA) today condemned the Taliban attack in Kabul that killed at least nine people and injured an estimated 300 others.

According to the Mission, provisional information indicates that at least two of those killed and the vast majority of the injured are civilians, including seven children and seven women. The civilian casualty toll is expected to rise.

“This attack shows the devastation caused by the use of explosive devices in urban areas and once more demonstrates complete disregard for the lives of Afghan civilians,” said Tadamichi Yamamoto, the Secretary-General’s Deputy Special Representative for Afghanistan, in a press release.

“The use of high explosives in civilian populated areas, in circumstances almost certain to cause immense suffering to civilians, may amount to war crimes,” he added.

The Taliban claimed responsibility for the attack centred around a National Directorate of Security (NDS) office in the Puli Mahmud Khan area of the Afghan capital. It reportedly took place during rush hour on a crowded street when a vehicle borne improvised explosive device detonated, followed by armed men entering the NDS compound. The blast caused extensive harm, injuring civilians within a one kilometre radius.

UNAMA said it reiterates its call for the Taliban to immediately cease all attacks in civilian-populated areas. The Mission also extended its condolences to the families of those killed and a speedy recovery for those injured, and affirmed its continued support to the people of Afghanistan. 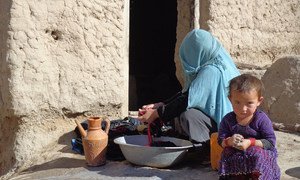