Although important steps were taken over the past year to uphold the values and advance the vision set out in the United Nations Charter, Secretary-General Ban Ki-moon stressed today that bringing the promise of the Organization's founding document to the most vulnerable must continue to be the goal of its Member States.

“For the millions living amidst war and extreme poverty, and for countless others whose rights are violated or neglected in other ways, the ideals and aspirations of the Charter remain elusive,” Mr. Ban said at the start of an open debate in the UN Security Council at Headquarters in New York on “Respect for the principles and purposes of the Charter as a key element for the maintenance of international peace and security.”

Noting that 2015 was one of the most “troubled and turbulent years in recent history,” with civil wars ravaging Syria and Yemen and the spread of violent extremism, the UN chief emphasized that decades of experience have nonetheless validated the Charter's vision.

“The blatant disrespect for fundamental principles of international human rights and humanitarian law defies our common humanity – and challenges the Security Council in fulfilling its duties under the Charter,” Mr. Ban said.

While the primary responsibility for preventing conflict and protecting human rights lies with Member States, as clearly established in the Charter, Mr. Ban acknowledged that in some situations, Member States might lack the capacity to fulfil their obligations. In other situations, it is Member States themselves that are the main violators of human rights.

“The United Nations can help Member States meet these national challenges and uphold their responsibility to protect,” Mr. Ban stressed. “We continue to offer assistance in building up national capacity to identify and address the precursors of genocide and other grave crimes.”

Specifically, the UN chief noted that the Human Rights up Front initiative, launched in late 2013, is helping the UN system to better coordinate across the peace and security, development and human rights pillars, and to engage with Member States at early stages of crises.

“We are placing a growing focus on prevention – through both early warning and early action,” Mr. Ban said.

“We should all much prefer to assess early information than to wait for the warning signs of disaster. Our engagement with Member States on these matters will continue to be based on cooperation, transparency and respect for sovereignty,” he added.

Mr. Ban also noted that the adoption of the 2030 Agenda for Sustainable Development and the Paris Agreement on Climate Change have demonstrated the capacity of Member States to overcome divisions and chart a course towards the common good. 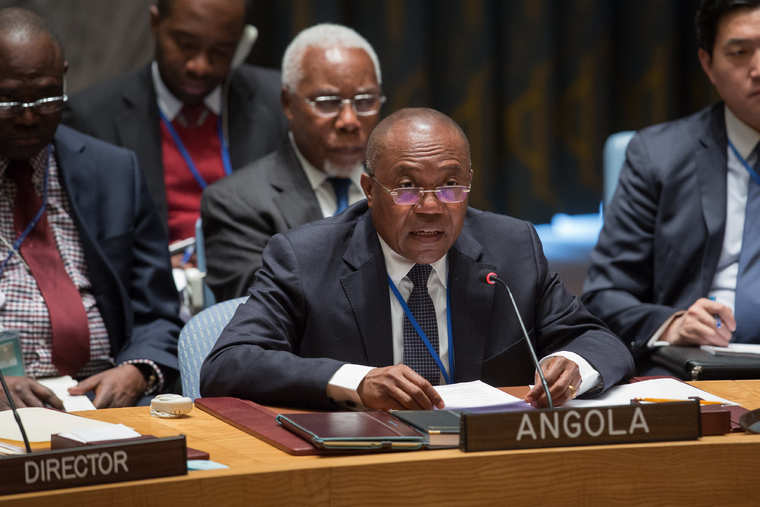 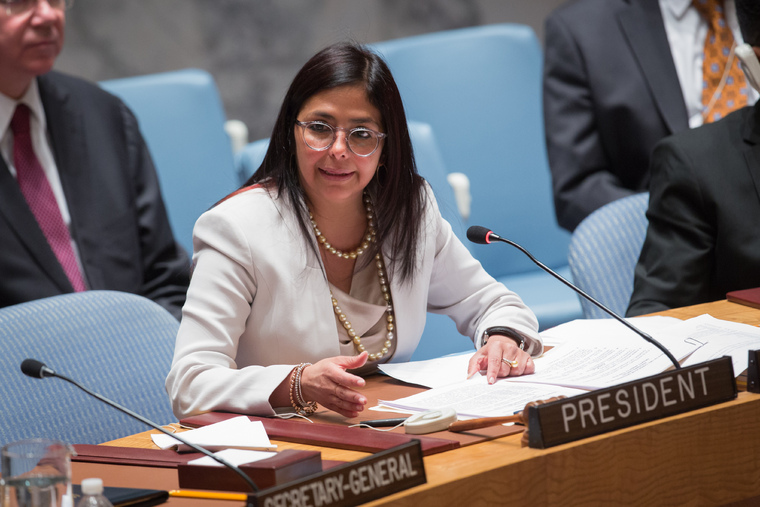 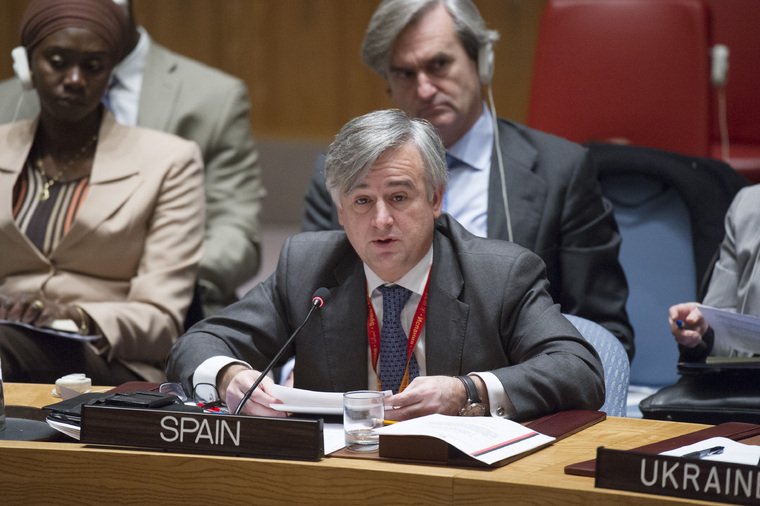 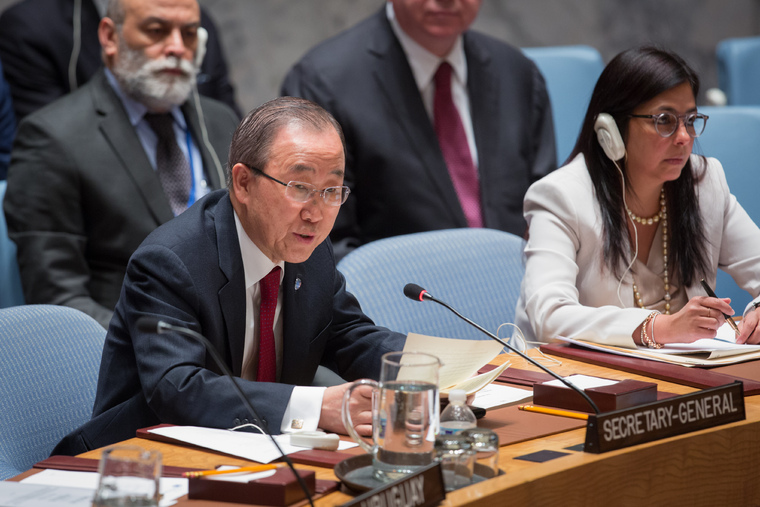 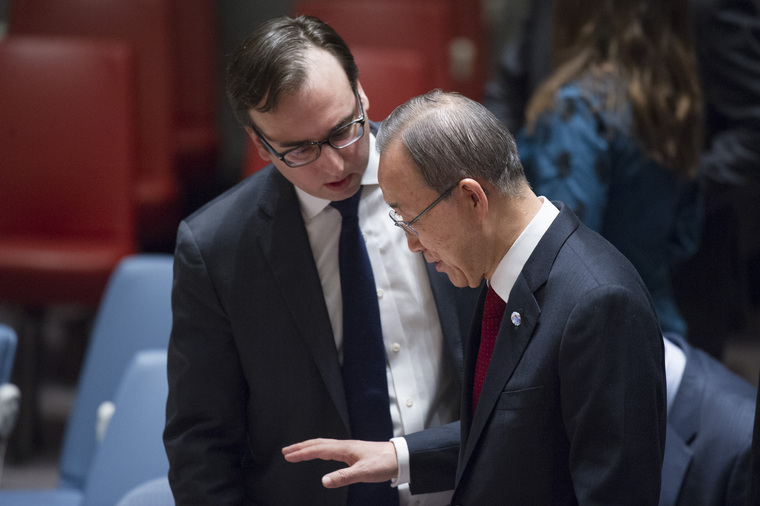 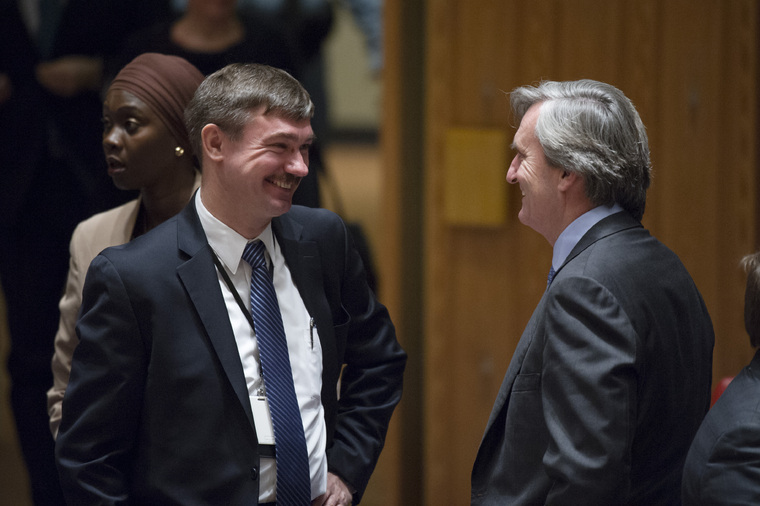 Participants at the Security Council's debate on “Respect for the principles and purposes of the Charter of the United Nations as a key element for the maintenance of international peace and security”. UN Photo/Manuel Elias

“I know that at times Member States feel that such efforts are a form of interference that undermines national sovereignty,” he said. “But it is violence and conflict – and not our attempt to help Member States prevent it – that threaten State sovereignty. It is violations of human rights by the State that erode the legitimacy of the State.”

Moreover, Mr. Ban noted that Article 99 of the Charter empowers him to “bring to the attention of the Security Council any matter which in his opinion may threaten the maintenance of international peace and security.”

While Article 99 has been formally invoked only rarely in UN history, it remains a key mechanism, the Secretary-General said.

“Whether or not Article 99 is formally invoked may be secondary,” Mr. Ban said. “First and foremost is our responsibility to alert the Council when we see situations that we feel require its engagement. I will continue to act in that spirit.”

The UN Charter and the Security Council

Stressing that in its engagements, the UN seeks to reinforce sovereignty, and not challenge or undermine it, Mr. Ban expressed hope that when considering which items reach the Security Council's agenda, States will be driven by the Charter, and not by “geo-political rivalries or other external dynamics.”

“We must not avert our eyes from these or other such situations, no matter how complex or contentious they might be to discuss,” he continued. “And the world must see that the Council is addressing the situations that matter most to most people.”

In addition, the Secretary-General emphasized that the Security Council has many tools with which to encourage and seek to secure the peaceful resolution of disputes before they escalate.

“But ultimately the unity of the Security Council is the crucial factor. We have seen what [heights] are possible when unity is visible – and we have seen the depths that are inevitable when unity has vanished,” he concluded.

♦ Receive daily updates directly in your inbox - Subscribe here to a topic.
♦ Download the UN News app for your iOS or Android devices.
human 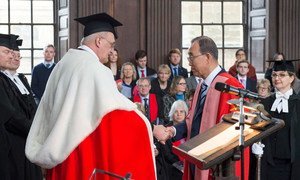 At Cambridge, Ban says universality of human rights is key to preventing crises of 21st century

Warning of “a strong sense that that we are off track and in a deep mess,” United Nations Secretary-General Ban Ki-moon today called on the world to move from a pattern of reaction to crises to a culture of prevention, with a heightened focus on the universality of human rights in tackling the “mega-crises” of the 21st century.