The overuse of antibiotics and other antimicrobial agents is impacting rural livelihoods and food security, and requires globally coordinated efforts, the United Nations Food and Agriculture Organization (FAO) said today.

The overuse of antibiotics and other antimicrobial agents is impacting rural livelihoods and food security, and requires globally coordinated efforts, the United Nations Food and Agriculture Organization (FAO) said today.

Speaking to European ministers of health and agriculture at a conference on antimicrobial resistance in Amsterdam, FAO Deputy Director-General Helena Semedo emphasized that antimicrobial agents foster increasing resistance among the very microbes that cause the infections and disease they were designed to quell, thereby threatening to reverse a century of progress in human and animal health.

“Antimicrobial resistance is a global threat that in this inter-connected world cannot be solved in Europe alone,” Ms. Semedo said.

“We have to help save live-saving drugs,” she added.

Aside from the human health considerations, Ms. Semedo underscored that the emergence of microbes resistant to antibiotics and other pharmaceutical agents puts animal health at risk and consequently has an impact on rural livelihoods and food security.

While resistance develops as part of natural adaptation, it is exacerbated by inappropriate use of pharmaceuticals, and the prevalence of resistance in the agricultural sector is generally higher in animal species reared under intensive production systems.

Although FAO favours prudent regulations and measures to control the influx of medicines and reduce their use, Ms. Semedo said that many rural smallholders and pastoralists often face difficult economic choices and that counterfeit drugs are rampant. 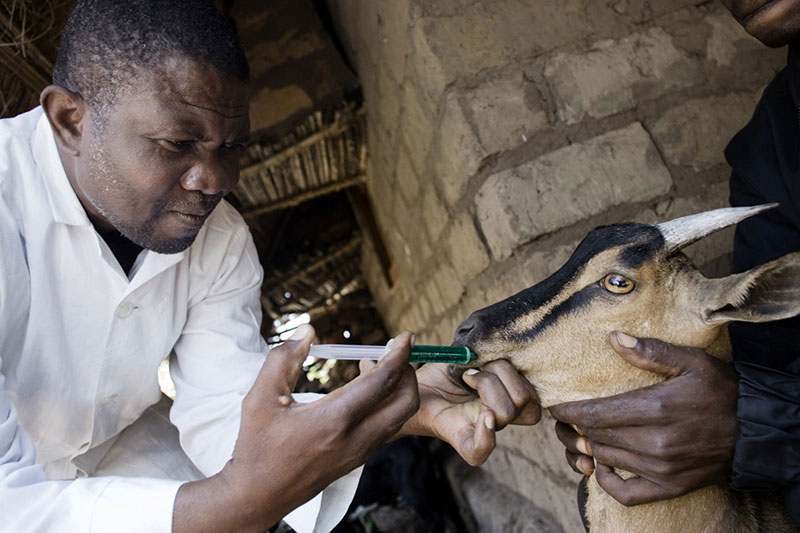 A veterinarian in the Democratic Republic of Congo gives an oral dose of medicine to a local goat. Photo: FAO/Giulio Napolitano 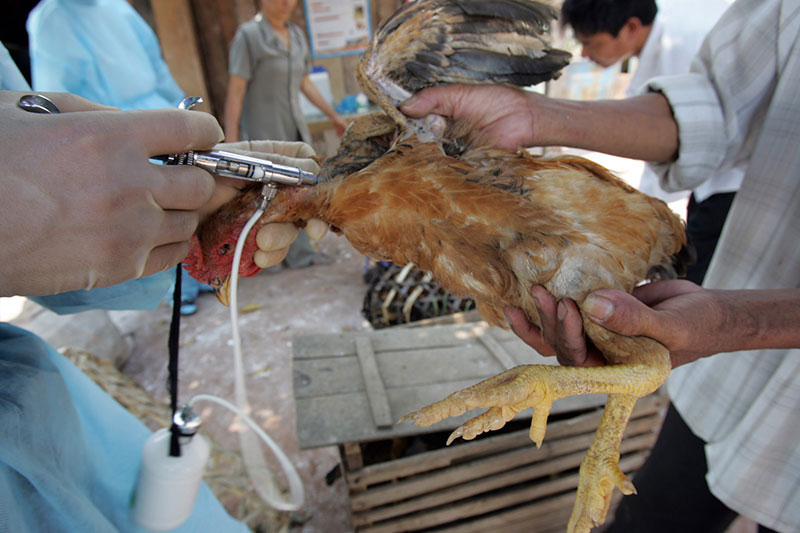 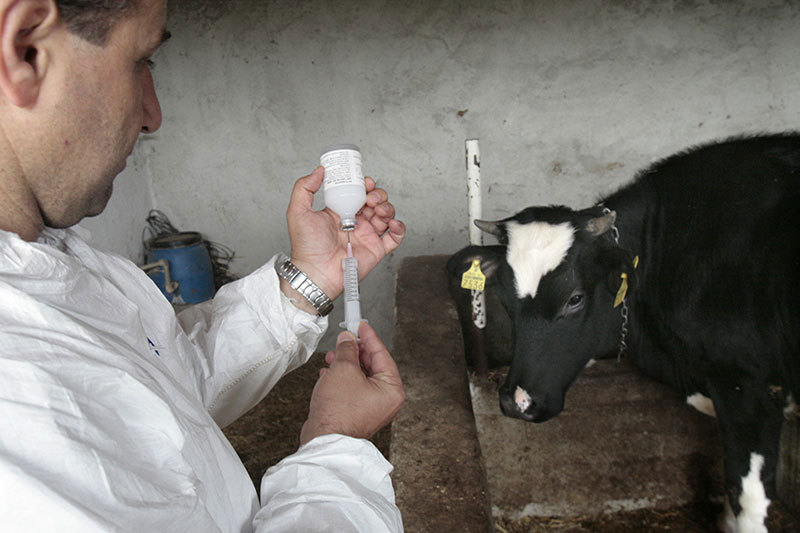 “How can we eliminate hunger or improve sustainability when we cannot cure sick animals? How can we reduce rural poverty when the drugs given to ill farm workers and their families no longer have effect?” she asked.

While hailing the Netherlands in particular for reducing the amount of drugs used in its livestock sector by almost 60 per cent in recent years, Ms. Semedo noted that the real challenge is to translate such efforts to countries in need with poor resources. The risk of antimicrobial resistance appears to be particularly high in countries where legislation, surveillance, prevention and monitoring are weak or inadequate, she stressed.

Broad improvements in hygiene, disease prevention, veterinary oversight and accurate and affordable diagnostics, as well as ensuring quality nutrition to improve the overall health of livestock and fish through safe feed and suitable breeds, are critical in reducing the overuse of antibiotics, she said.

Considering that seven out of every 10 newly discovered human diseases are of animal origin, she also highlighted the centrality of farming practices and food systems in the effort to contain antimicrobial resistance.

The rules governing global trade of food and agricultural products should aim to improve countries' food security and other development objectives, according to a new United Nations report issued today.