The Government and people of Burundi should resolve the country's months-long political crisis through inclusive dialogue, United Nations Secretary-General Ban Ki-moon said as he wrapped up three days of wide-ranging meetings with African Union (AU) leaders today, warning that the deteriorating situation in Burundi is “a source of great concern, not only in the region, but in the continent and the world.”

“The United Nations has been always urging, particularly Burundian political leaders, including President [Pierre] Nkurunziza, to engage in inclusive dialogue, listening carefully the concerns and aspirations of Burundian people,” the Secretary-General told reporters during a press conference summing up his activities in the Ethiopian capital, Addis Ababa, where he has been meeting with African leaders since Friday for the 26th African Union Summit.

Mr. Ban commended the leadership of the East African Community (EAC) and the AU for their consistent diplomatic efforts to bring peace and stability in Burundi. “Unfortunately, the situation […] has been deteriorating. Many people have been killed and almost every day, we see such kind of violence taking place,” he said, noting that perhaps one million people have been affected by the political instability and humanitarian crisis set off in April 2015 when President Nkurunziza announced a run for a third term.

While he has been raising the issue with a range of African leaders, including AU Commissioner Nkosazana Zuma, the UN chief said that first and foremost, it is not the United Nations or the leaders in neighbouring countries “it is [the] Burundian people and Government that should resolve this issue through inclusive dialogue. Since we have not seen much expected outcome, it has become source of great concern, not only in the region but in the continent, and in the world.”

He went on to note that yesterday he had met with the Second Vice-President of Burundi Joseph Butore, among other officials, stressing that the United Nations is “very much committed to bring peace and stability, and human dignity to Burundian people.”

Responding to questions on the deployment of AU peacekeepers in Burundi, Mr. Ban stressed that the Burundian Government had not agreed to such deployment and that as far as the UN is concerned, in accordance with UN Security Council resolutions and with the consent of the Government, a small political mission led by Special Advisor Jamal Benomar. “We are now trying to use this special political mission as a way, as a means, to help facilitate a dialogue. [This work] is still ongoing,” he explained. 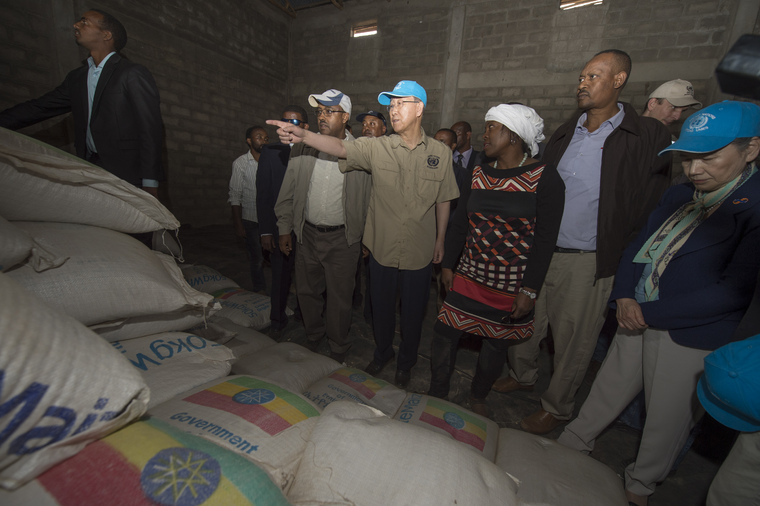 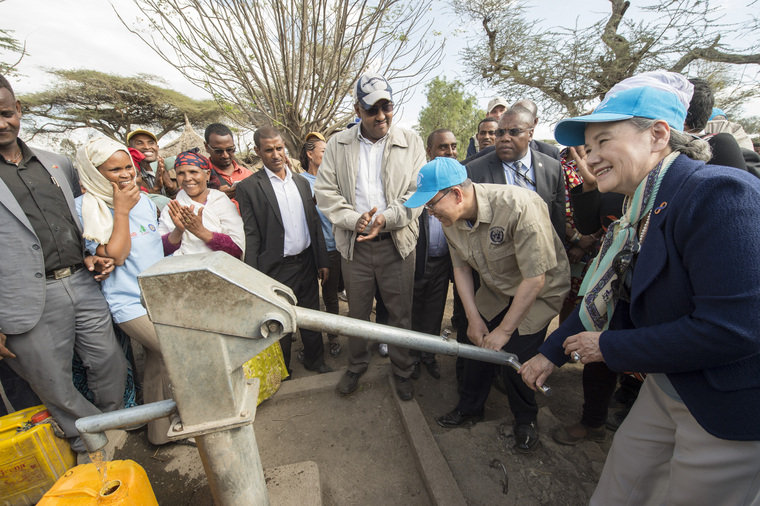 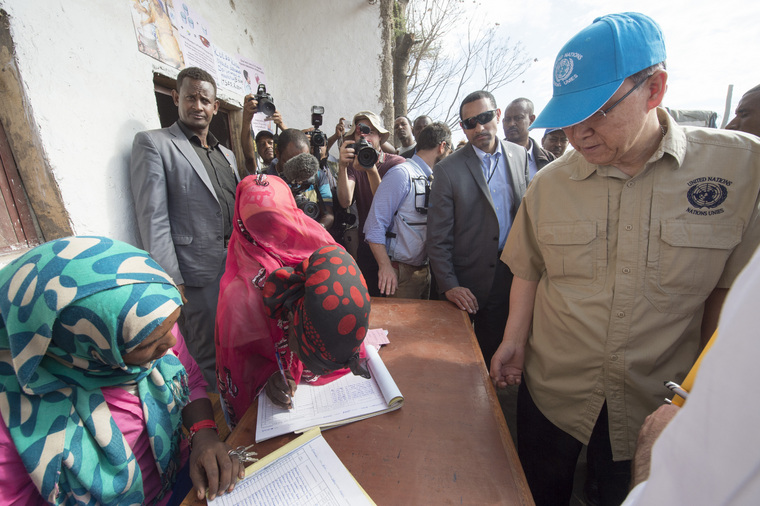 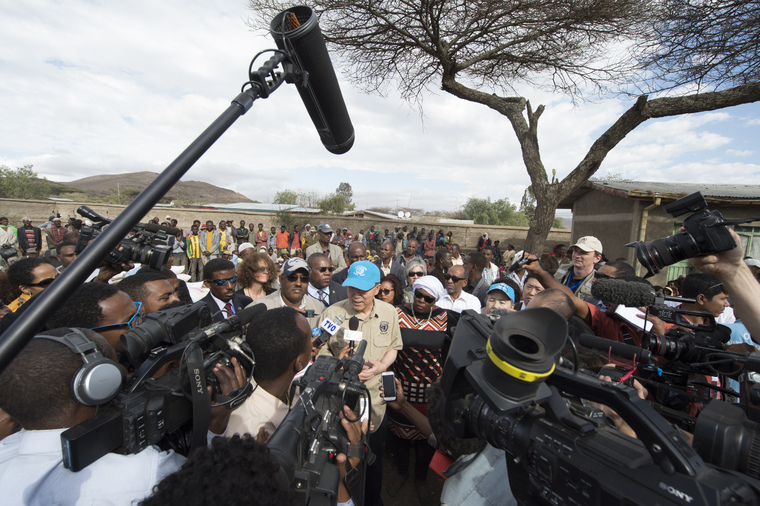 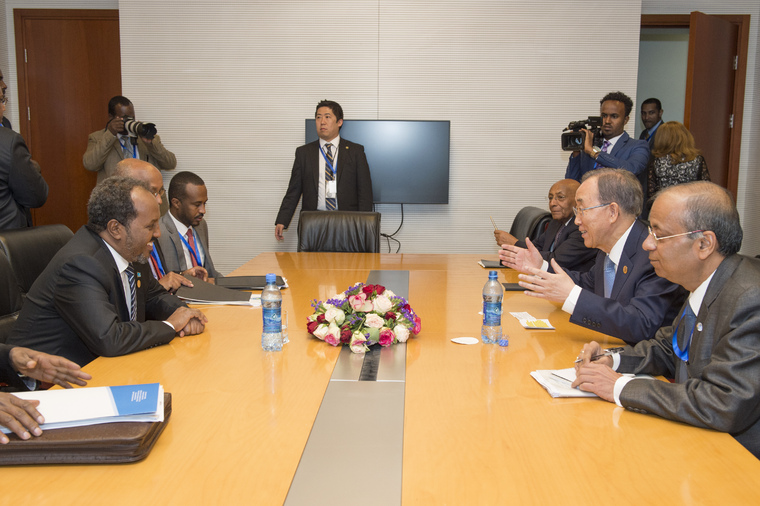 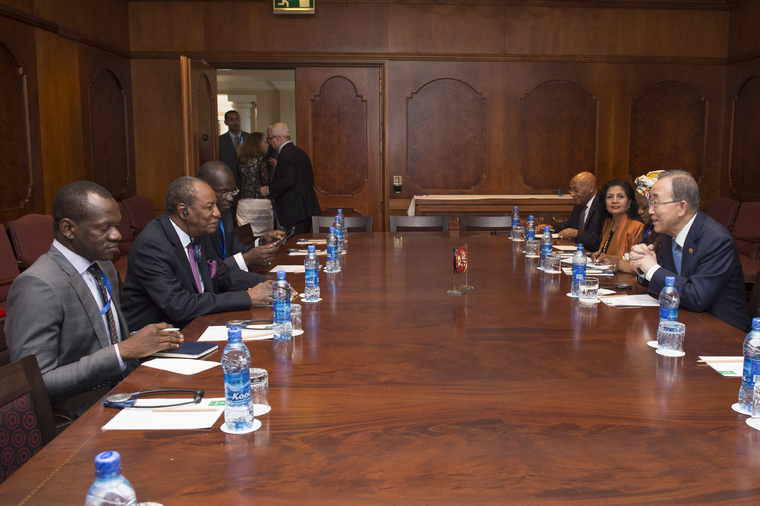 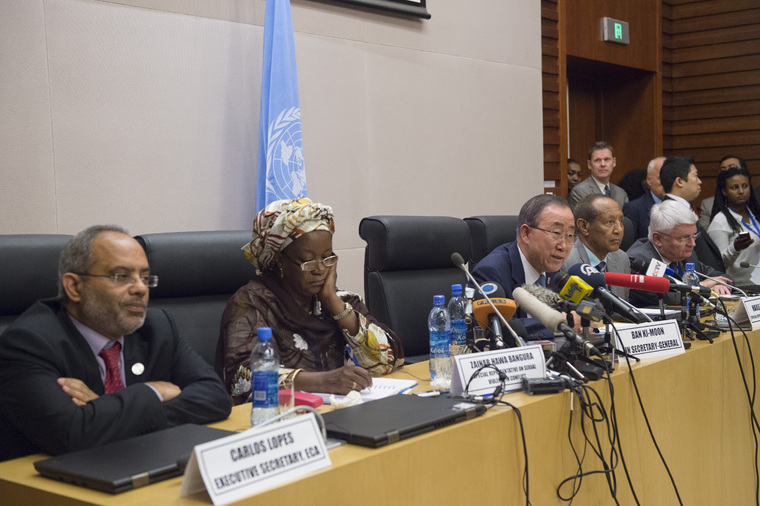 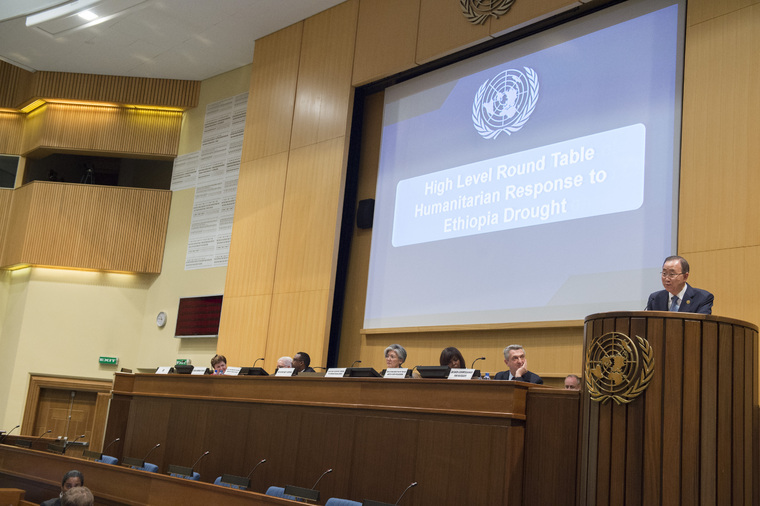 “I have been urging African leaders to speak and act in one voice. It is a matter of human dignity and human rights. The longer this situation continues, the more people will be killed and affected […] We cannot wait any longer, that is why it is a matter of urgency, that I am urging African leaders to act in one voice, and also particularly urging President Nkurunziza and his Government to listen very carefully and engage in inclusive dialogue,” underscored the Secretary-General.

Highlighting some of his other activities in Addis Ababa, Mr. Ban said that he had had also expressed my concern that the leaders of South Sudan have failed to meet the deadline for formation of a transitional government, which he said “is essential and urgent to end the unimaginable suffering of the South Sudanese people.”

In discussions on Libya, the Secretary-General said he had underscored the need to build upon the agreement on the government of National Accord and encouraged all Libyan actors to support and join this effort, to help restore peace and stability.

And on Somalia, he discussed with regional leaders the importance of increasing support to AU Mission in the country, known as AMISOM, to consolidate gains and provide the necessary support to national security forces.

The Secretary-General opened his remarks looking beyond the African region, towards crisis-torn Syria and the UN-mediated talks that began in Geneva this past Friday “aimed at bringing an end to the horrific five-year-long conflict.”

“I am glad these talks have started. Special Envoy Staffan de Mistura is now leading the talks [which are] long overdue, said the UN chief, urging all parties to “put the people of Syria at the heart of their discussions, and above partisan interests.” Indeed, he stressed, civilians, including children and women, have been bearing the brunt of the conflict.

“We must urgently see an end to the fighting, the sieges and the other terrible human rights abuses that have characterized this war,” he said. 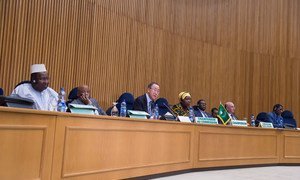 United Nations Secretary-General Ban Ki-moon today, in an address to the African Union Peace and Security Council, spotlighted three topics high on the regional body's agenda – counter-terrorism, and the ongoing crises in both South Sudan and Burundi – all of which require urgent attention at the continental-level and from the wider international community.