Indigenous peoples own, occupy or manage up to 65 per cent of the Earth’s land surface, yet they have largely been excluded from national plans prepared for next month’s United Nations climate change conference in Paris, according to the UN Development Programme (UNDP), which is working to address the issue.

Together with the International Indigenous Peoples’ Forum on Climate Change, UNDP is bringing indigenous leaders and high-level government officials together, often for the first time, to ensure that the priorities of indigenous peoples, whose lands are often seized for intensive greenhouse gas-emitting development, are embedded in national proposals for the conference, widely known as COP21.

“This pioneering initiative, underway in 21 countries around the world, aims to ensure that the global climate agreement reached in Paris recognizes indigenous land and natural resource rights, and the crucial role of indigenous peoples in climate change mitigation,” UNDP said in a news release.

It highlighted research showing that secure rights to indigenous and community-held land protect against deforestation, which with other land uses represents 11 per cent of global carbon dioxide emissions blamed for climate change.

It noted that a review by the UN Framework Convention on Climate Change (UNFCCC) of 119 national plans to combat the problem submitted as of last month makes no mention of indigenous peoples.

Forests owned and controlled by indigenous peoples and local communities contain about 37.7 billion tons of carbon, 29 times more than the annual emissions of the world’ passenger vehicles, according to estimates by the World Resources Institute and Rights and Resources Initiative.

But more than 80 per cent of all lands utilized or occupied by indigenous peoples lack legal protection, and are highly vulnerable to being seized by private companies, individuals, and governments themselves, in a non-stop drive toward carbon-intensive investments in agriculture, logging, mining, oil and gas, dams and roads, and tourism.

“The same development that fuels climate change, continues to rob indigenous peoples of their human rights,” Victoria Tauli-Corpuz, UN Special Rapporteur on the Rights of Indigenous Peoples, said, stressing the need to protect those right and the traditional knowledge that has kept ecosystems healthy. 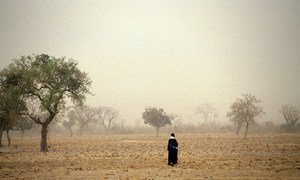