“Today’s violent conflicts and violent extremism are often rooted in a mix of exclusion, inequality, mismanagement of natural resources, corruption, oppression, governance failures, and the frustration and alienation that accompany a lack of jobs and opportunities,” he said at the opening of the Council’s day-long debate on ‘Security, development and the root causes of conflicts.’

‘Yet our responses have not caught up to these realities. We are not yet properly integrating United Nations action across the inter-dependent pillars of our work: peace, development and human rights,” he added, calling for a global recovery plan for the Middle East similar to the multi-billion dollar Marshall Plan with which the United States rebuilt Western Europe after World War Two.

Turning to the most recent terrorist attacks in Paris, Beirut and Baghdad, last month’s apparent bombing of a Russian plane over Egypt, and the mounting threat from Da’esh [also known as the Islamic State of Iraq and the Levant, or ISIL], which controls large swathes of Syria and Iraq, Mr. Ban warned against taking reprisals against Muslims.

“No grievance or cause can justify such acts,” he said of the terrorist attacks. But, he added: “I am especially concerned about reprisals or further discrimination against Muslims, in particular Muslim refugees and migrants. This would just exacerbate the alienation on which terrorists feed.”

He laid out four principles for preventing conflict and terrorism, stressing the crucial importance of the 2030 Agenda for Sustainable Development, which calls for achieving peaceful and inclusive societies that provide access to justice and build accountable institutions. 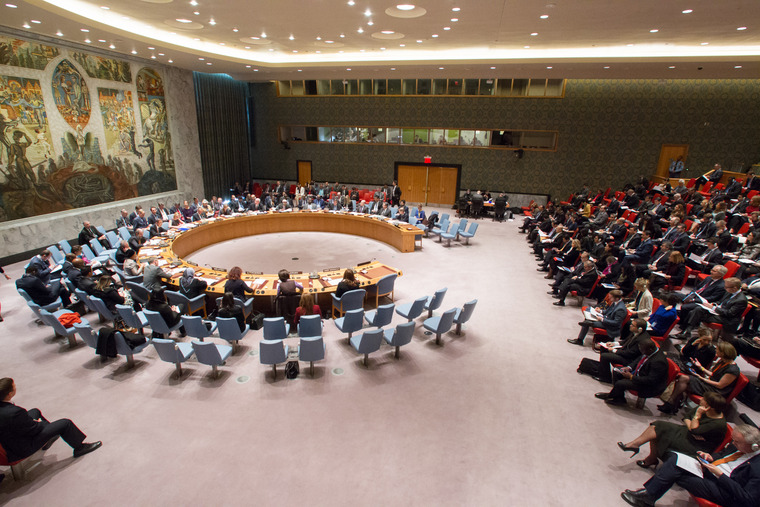 A wide view of the Security Council meeting on security, development and the root causes of conflict. UN Photo/Loey Felipe 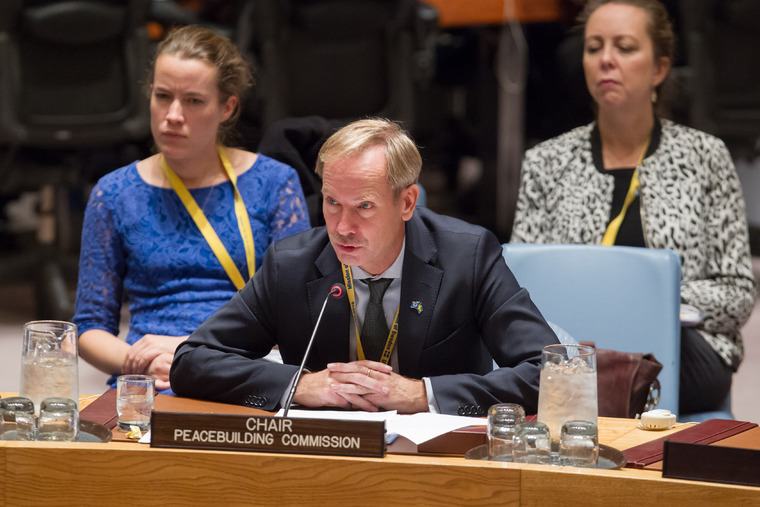 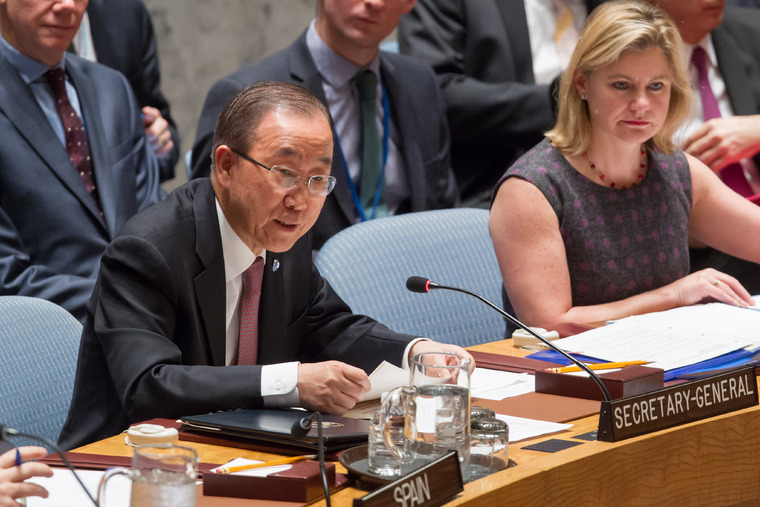 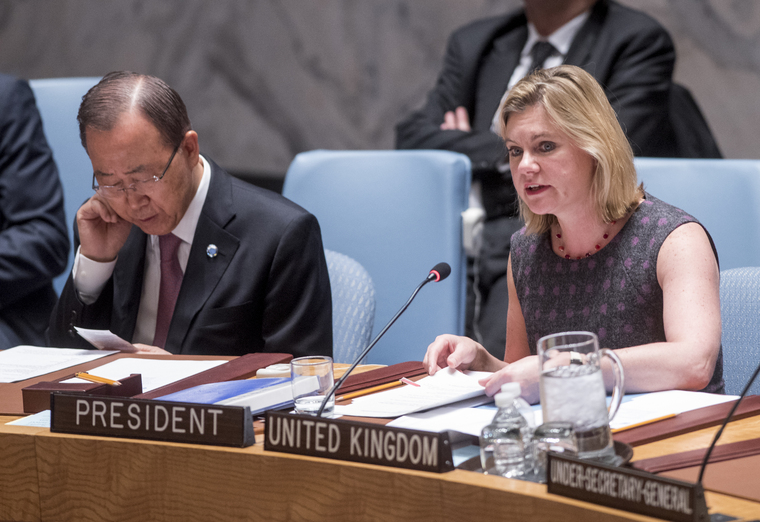 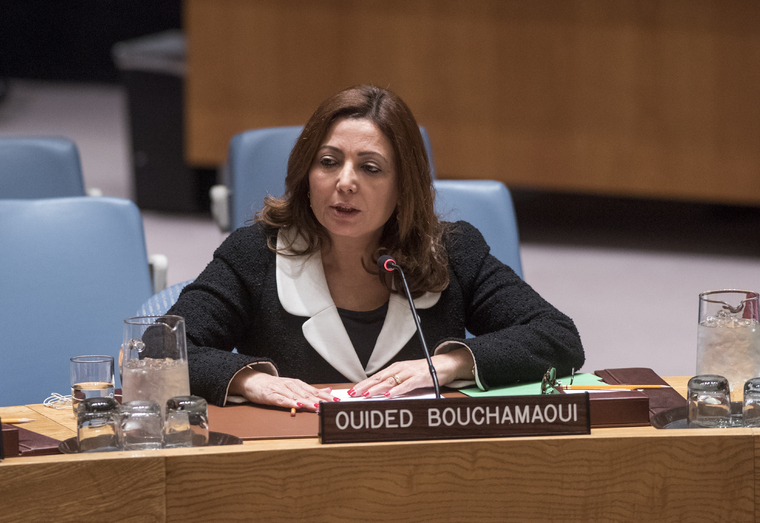 Ouided Bouchamaoui, President of the Tunisian Confederation of Industry, Trade and Handicrafts and 2015 Nobel Peace Prize laureate as a member of the Tunisian National Dialogue Quartet, addresses the Security Council. UN Photo/Cia Pak 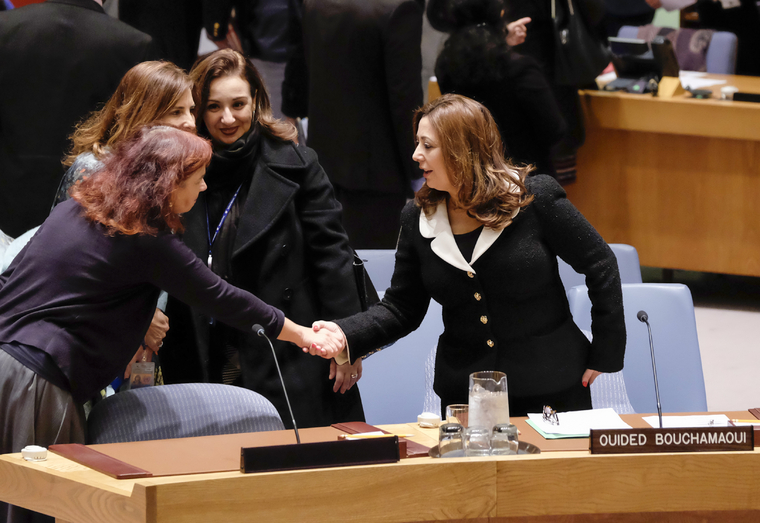 First, he said, well-targeted development assistance is needed to address risk factors such as inequality and marginalization, and is especially critical when societies are emerging from conflict and risk lapsing back into it.Secondly, heightened prevention means a sharper focus on human rights, violations of which are often the best early warning signs of trouble, embodied in the Human Rights up Front initiative.

This requires three types of change within the UN system: cultural change, to ensure staff recognize prevention as a core responsibility; operational change to deploy teams to assist national authorities before crises emerge; and earlier and more transparent engagement with national authorities and other Member States on deteriorating situations.

Thirdly, greater coherence is needed among all actors, with the UN system pooling its strengths to bring strong analysis to the Security Council and UN Peacebuilding Commission.

“We also need to be bold when necessary – for example in rebuilding Syria and supporting the countries generously hosting large numbers of refugees, including Jordan, Lebanon and Turkey,” Mr. Ban concluded.

“There is a growing global call for a recovery plan for the region perhaps akin to the Marshall Plan in scale. I urge you to give this idea due consideration when the day arrives, as I know we hope it will soon.

The human costs of our failures can be seen in all-too-many places. The suffering and setbacks weigh heavily on my conscience, as they should on yours. At the same time, we have the tools with which to do better. Let us use them.”

First, one of the most effective ways to sustain peace is by building national capacity, strengthening domestic institutions and supporting good governance and standard 3-5 years programme cycles in this field should be expanded to a 15-30 year framework.

Secondly, inclusive national ownership is crucial to the process. “We cannot address inclusivity without mentioning the importance of including women as actors in all aspects of our work,” Mr. Skoog stressed.

Finally, greater collaboration is essential and “short-sighted turf wars” must be avoided. “Responding to challenges of conflict and post-conflict countries demand of all of us to do more and better within our respective mandates,” he said. “But above all, in order to effectively address root causes of conflict, international actors need to start acting more coherently.” 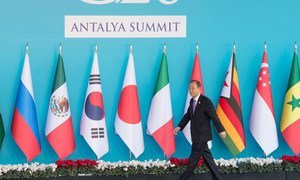 At G20 Summit, Ban says response to terrorism 'needs to be robust, always within rule of law'