UN Photo/Cia Pak
A delegate casts his country’s ballots during the elections.
28 October 2015

Of those elected, Burundi, Georgia, Togo, Mongolia and Panama will be sitting on the Geneva-based body for the first time. Re-elected for an additional term was Côte d'Ivoire, Ethiopia, Germany, Kenya, Republic of Korea, United Arab Emirates and Venezuela. 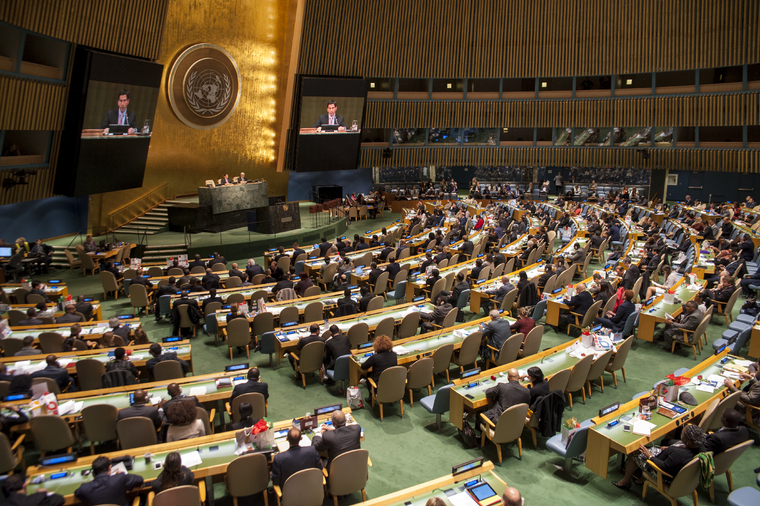 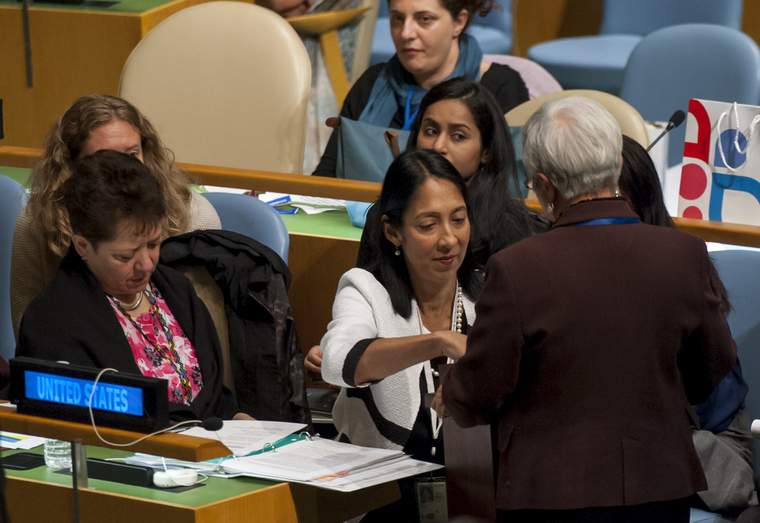 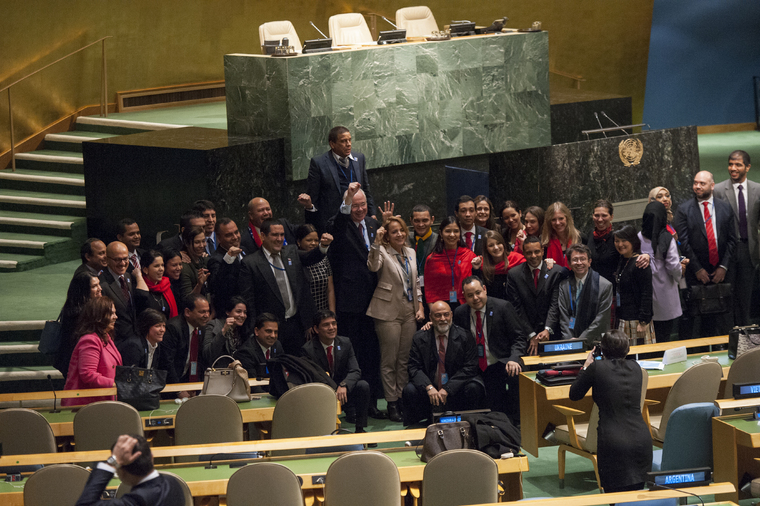 The delegation of Venezuela poses for a group photo in the General Assembly Hall following the elections. UN Photo/Cia Pak

Beginning in 2013, the Human Rights Council is expected to start its yearly membership cycle on 1 January. As a transitional measure, the period of office of its members ending in June 2015 has been exceptionally extended until the end of the calendar year.

Created by the Assembly in 2006, the 47-member Council is an inter-governmental body within the UN system responsible for strengthening the promotion and protection of human rights around the globe and for addressing situations of human rights violations and making recommendations on them.

All of its members are elected by the world body's General Assembly, and it has the ability to discuss all thematic human rights issues and situations that require its attention throughout the year. It meets at the UN Office at Geneva.

♦ Receive daily updates directly in your inbox - Subscribe here to a topic.
♦ Download the UN News app for your iOS or Android devices.
elect

International standards for election monitoring slated for adoption at UN

The General Assembly today elected 15 countries to serve on the United Nations Human Rights Council for a period of three years beginning on 1 January 2015.