Secretary-General Ban Ki-moon as well as two independent United Nations human rights experts have condemned the killing of Niloy Neel, the fourth Bangladeshi blogger hacked to death so far this year, and called for bringing the perpetrators to justice.

Secretary-General Ban Ki-moon as well as two independent United Nations human rights experts have condemned the killing of Niloy Neel, the fourth Bangladeshi blogger hacked to death so far this year, and called for bringing the perpetrators to justice.

Mr. Ban, in a statement issued by his spokesperson, voiced his deep concern over these “gruesome” crimes and their impact on the exercise of freedom of expression in Bangladesh.

“He calls on the Government of Bangladesh to bring those responsible for the murder of Mr. Neel and the other bloggers to justice in an expeditious manner and act to ensure that all Bangladeshis can enjoy freedom of expression and all other human rights without fear.”

The Special Rapporteurs on freedom of expression, David Kaye, and on extrajudicial executions, Christof Heyns, said in a news release issued yesterday that the violent killing of another critical voice in Bangladesh shows that serious threats to freedom of expression persist in the country.

“It is vital to ensure the identification of those responsible for this and the previous horrendous crimes, as well as those who may have masterminded the attacks.”

The experts stressed that the organized targeting of critical voices aims at promoting a culture of silence and fear, and affects the society as a whole.

“The Bangladeshi authorities must not only continue to strongly condemn these horrendous acts against freedom of expression, but should also ensure that their words are followed by more effective efforts to ensure greater accountability and prevent this kind of violence.”

Mr. Neel's murder follows the killing of fellow bloggers Avijit Roy in February, Washiqur Rahman in March and Ananta Bijoy Das in May. The experts reiterated their call on the Bangladeshi authorities to consider specific initiatives to prevent the recurrence of attacks against writers and activists. 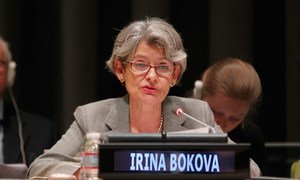 The head of the United Nations agency with a mandate to defend freedom of expression and press freedom worldwide today voiced grave concern about the safety of citizen journalists in Bangladesh following the killing of blogger Ananta Bijoy Das on 12 May.