Education 'essential to vision of a life of dignity for all,' says Ban at Norway summit

The Oslo Summit on Education for Development is a chance to reaffirm the human right to education, an opportunity to mobilize political commitment, and “our moment” to galvanize international support for education, United Nations Secretary-General Ban Ki-moon declared today in Norway, where he has been attending a number of high-level events over the past two days.

“We are here to secure commitments to deliver on the promises of the sustainable development agenda. Education is essential to its vision of a life of dignity for all,” the Secretary-General Ban Ki-moon said, noting that the Summit is being held just six days before the Third International Conference on Financing for Development, which will take place in Addis Ababa, Ethiopia.

Thanking Norway for its support to his Global Education First Initiative, Mr. Ban particularly welcomed the announcement made today of the establishment of a commission on financing of global education whose five convenors are Norway, Chile, Indonesia, Malawi, as well as the UN Educational, Scientific and Cultural Organization (UNESCO).

“The Commission should provide vital insights into the economic case for investment in education – and recommendations on how we can achieve our goals.”

The Secretary-General paid tribute to Indian children's rights advocate Kailash Satyarthi, and Pakistani activist for female education Malala Yousafzai – both Nobel laureates and attendees at the Summit – saying that “the fight for education demands a fight against child labour and child trafficking” and that “there is no more powerful force against violent extremism than a girl with a book.”

He reminded the participants that the first woman ever to address the UN General Assembly was a teacher from Norway named Frieda Dalen, who, during World War II, headed a secret society of teachers against the Nazis. 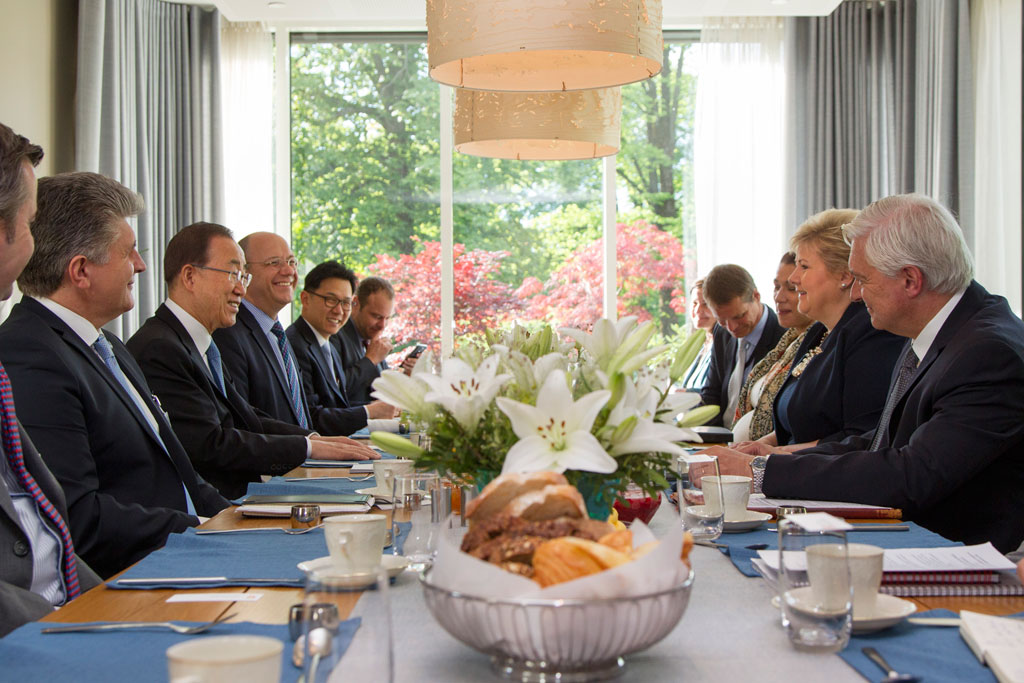 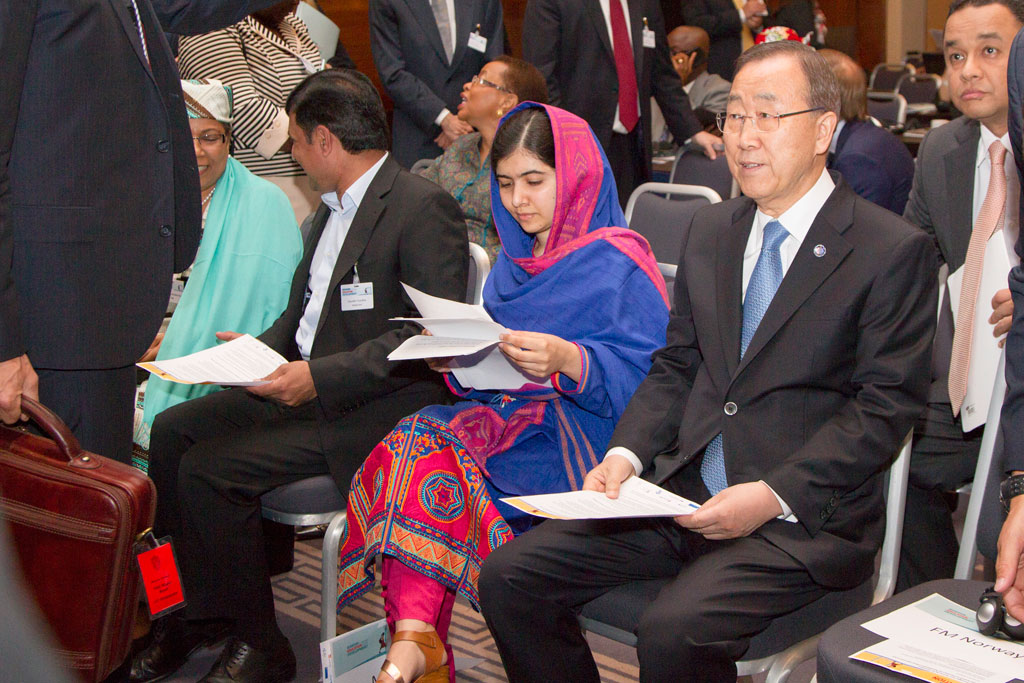 Secretary-General Ban Ki-moon and Malala Yousafzai, education advocate and Co-founder of the Malala Fund, prepare to deliver keynote addresses at the the opening of the Oslo Summit on Education for Development. UN Photo/Rick Bajornas 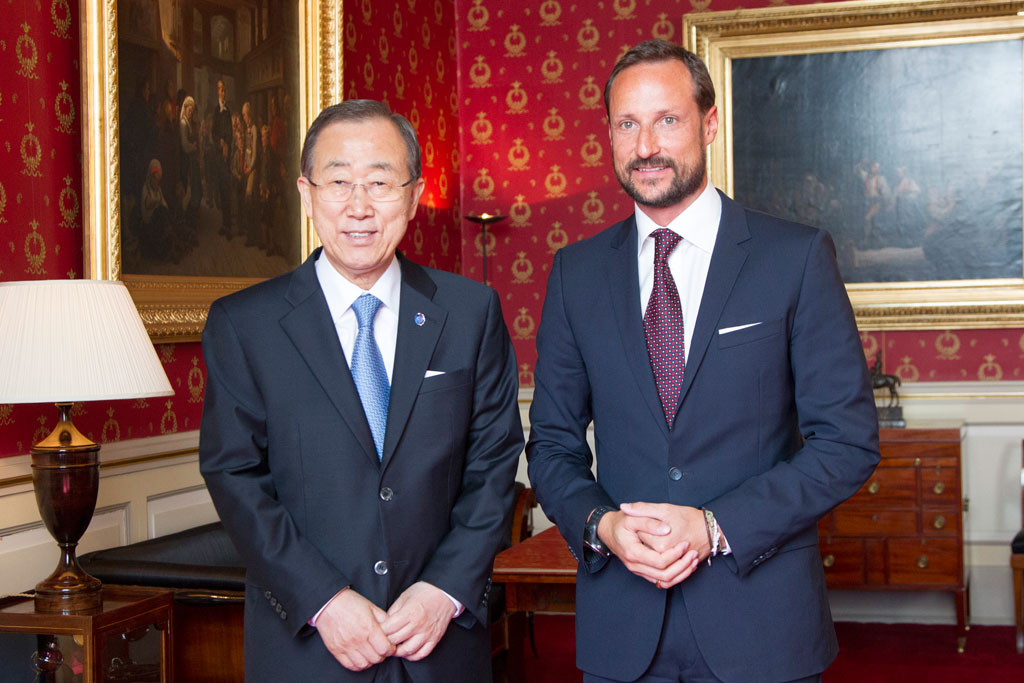 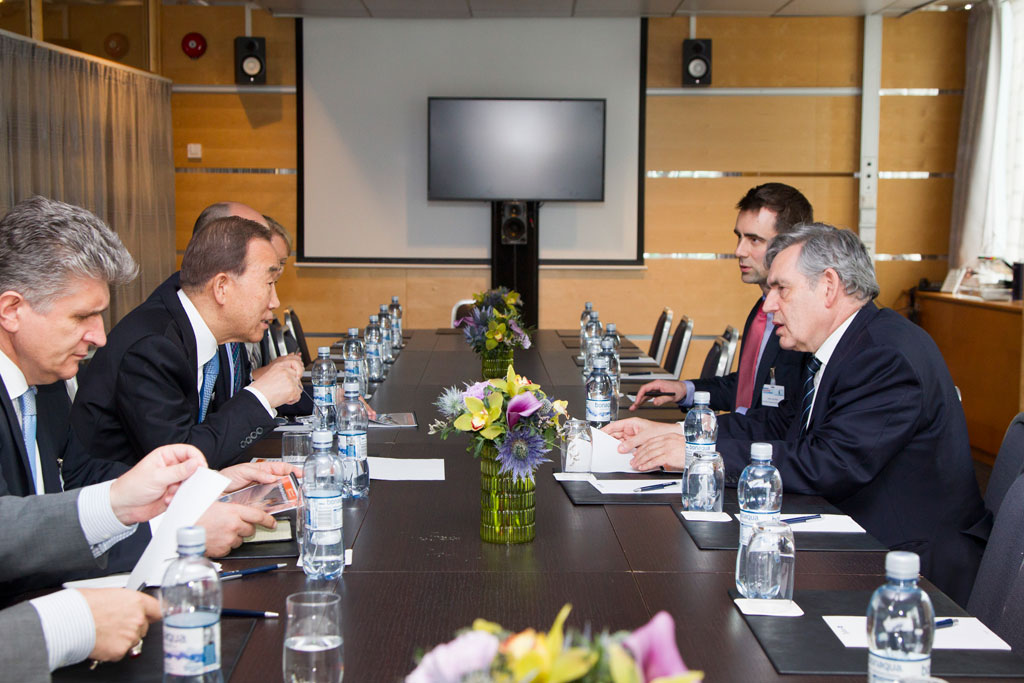 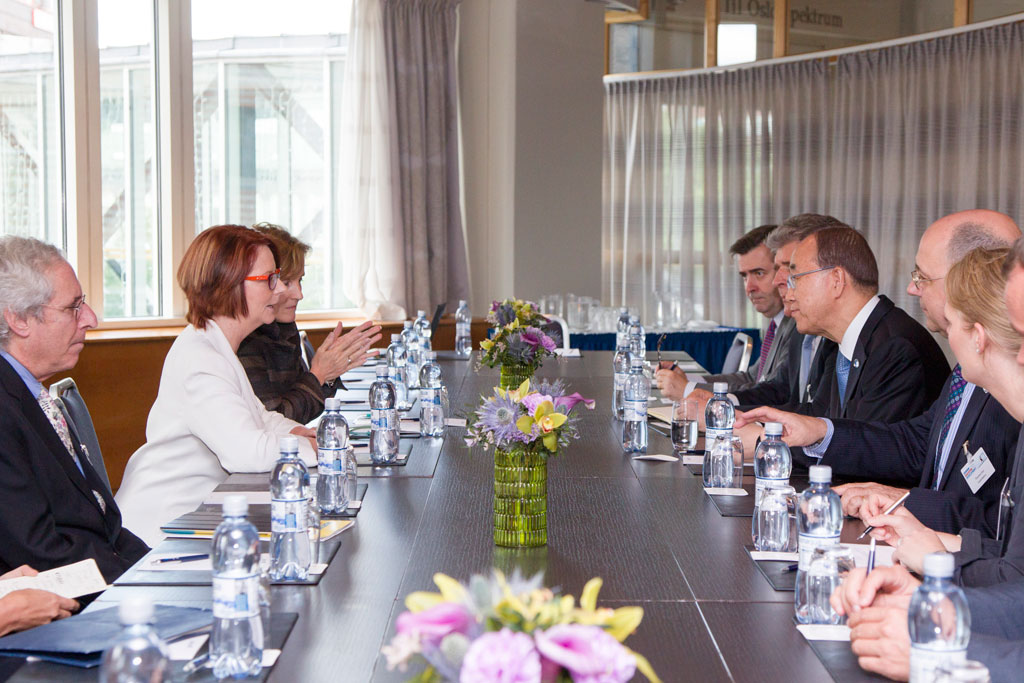 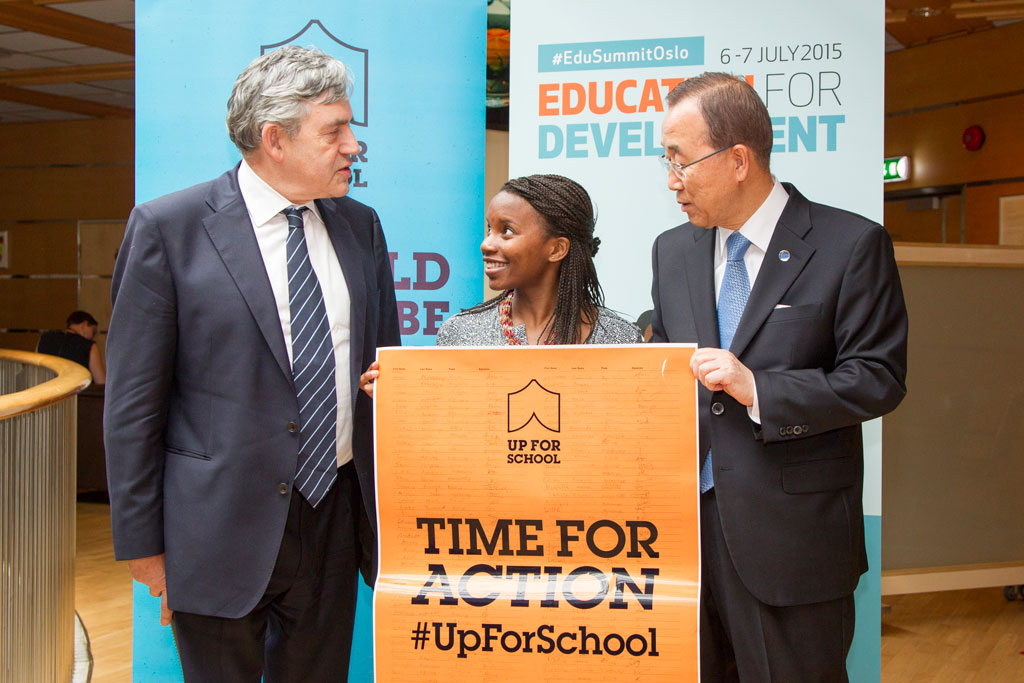 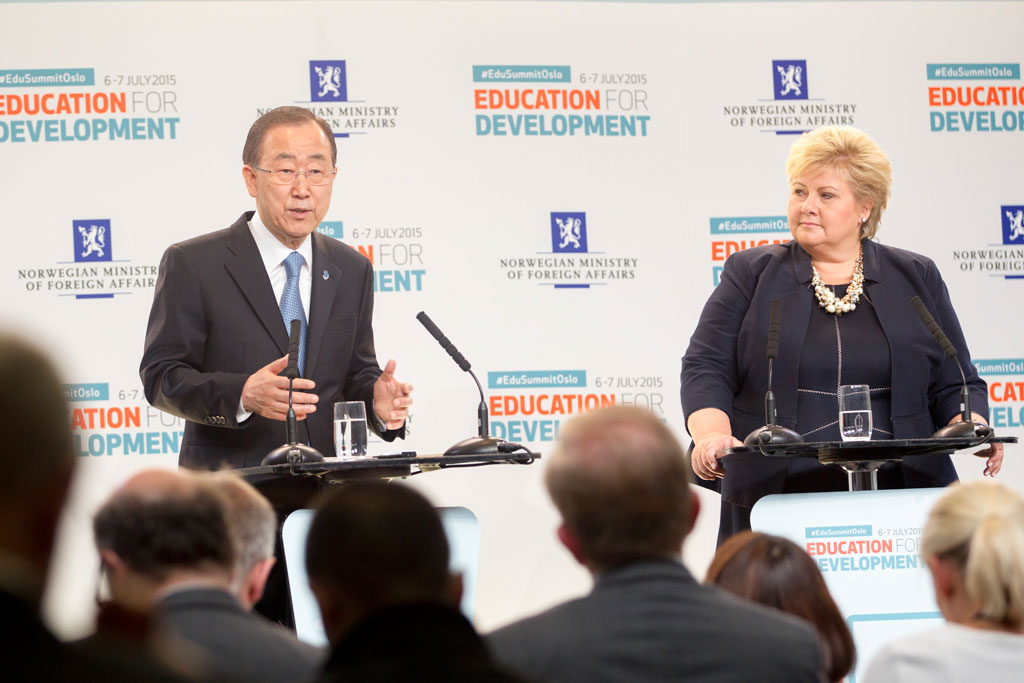 “When the war ended, Norway sent her to the brand-new United Nations. She pointed out that women suffered and resisted during the war – and the world could not afford to leave them out of building peace. This Norwegian teacher knew what Malala shows today – it takes courage to achieve justice. And we will never achieve justice until women have equal rights.”

Welcoming this Summit's focus on girls, on emergencies, on the quality of education, and on investments, he called for a push for a “bold set” of sustainable development goals to be adopted in New York this September.

“But to turn promises into action, we have to mobilize resources. And we need to increase funding to achieve universal education. And at the same time, we need to improve the coordination of financing.

The UN chief seized that opportunity to share his concerns regarding ongoing crises in the world, such as in Yemen, Syria, Iraq, Sudan, South Sudan, the Central African Republic, Libya, the Democratic Republic of the Congo and beyond, which have left tens of millions of children and youth out of school.

“I will never forget the Japanese students I met after the Fukushima disaster, or the girls in their rebuilt school in Gaza, or others in places where school is an island of peace in a sea of chaos. Children and young people struggling in emergencies are more than victims – they are seeds of future progress. Education is the soil to help them grow into global citizens who can contribute to our common future.”

In the margins of the Oslo Summit, the Secretary-General met today with Gordon Brown, the UN Special Envoy for Global Education, who will lead the Commission on Financing Global Education. Both men noted the potential role that philanthropists could play in that regard.

They also discussed the huge challenges faced by the humanitarian system and underlined the importance of ensuring the education of children living in emergencies.

Mr. Ban also met with Julia Gillard, Chair of Board of Directors of the Global Partnership for Education (GPE). They agreed on the “critical” need for consistent and streamlined resources for education, to address the educational gap of a growing number of refugees and displaced populations throughout the world.

The capacity of the United Nations and its partners to meet humanitarian needs is under “unprecedented strain,” Secretary-General Ban Ki-moon warned today at a forum in Oslo, Norway, where he highlight the critical role civil society plays as part of the global effort to save lives, support livelihoods and protect people from violence.