According to the UN World Health Organization (WHO), every four minutes, a child dies from a traffic accident. For adolescents aged 15 to 17, road traffic injuries are the leading cause of death worldwide, with boys accounting for nearly twice as many road traffic deaths as girls. And one third of these deaths are children in cars but two thirds outside cars.

“It’s a manmade disaster where we are killing our young children on the roads by not providing them with safe places to play, safe places to walk, or cycle to school,” Dr. Etienne Krug of WHO said in an interview with UN Radio.

The third UN Global Road Safety Week, which kicks off today and runs through 10 May, under the theme ‘Children and road safety,’ features hundreds of events to highlight WHO’s package of 10 key strategies for keeping children safe on the road. The campaign is part of a larger Decade of Action for Road Safety 2011–2020 plan of action to save five million lives across the world. 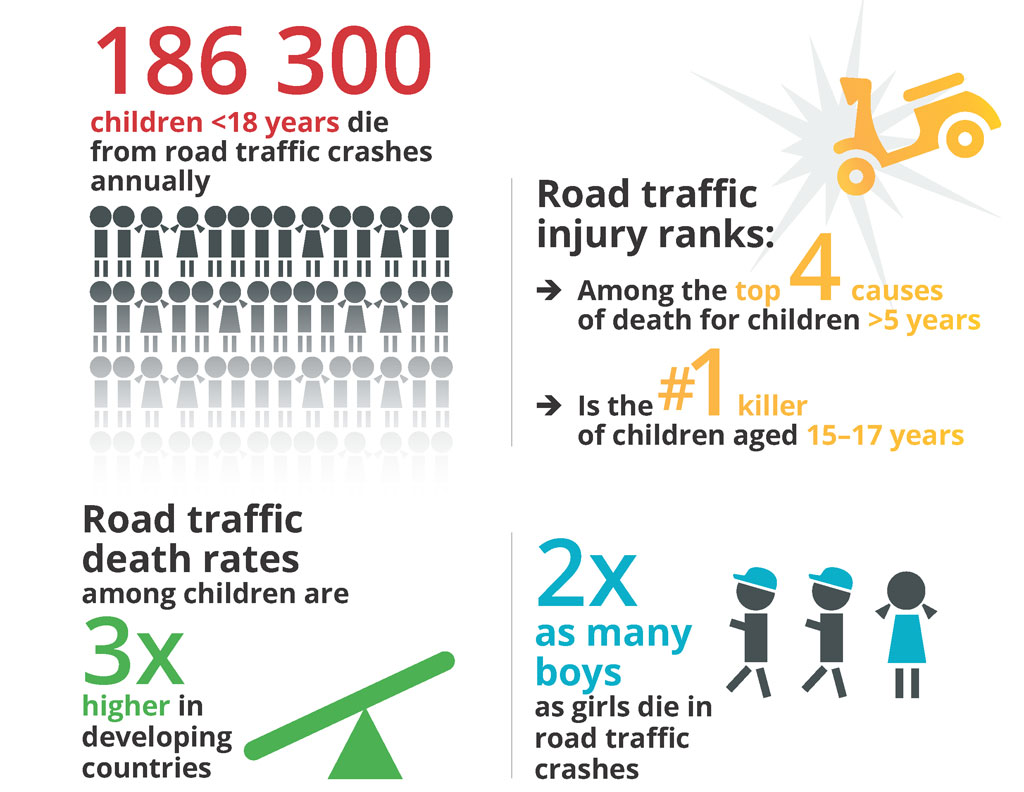 “Really what [the Week] aims for is to draw attention to the appalling number of 186,000 children dying in road traffic crashes every year,” said Dr. Krug, who is the Director at WHO’s Department for Management of Noncommunicable Diseases, Disability, Violence and Injury Prevention said.

“We should plan our transportation system in such a way that children can be safe when they go to school, where they go to the park, when they go visit a friend,” he added. 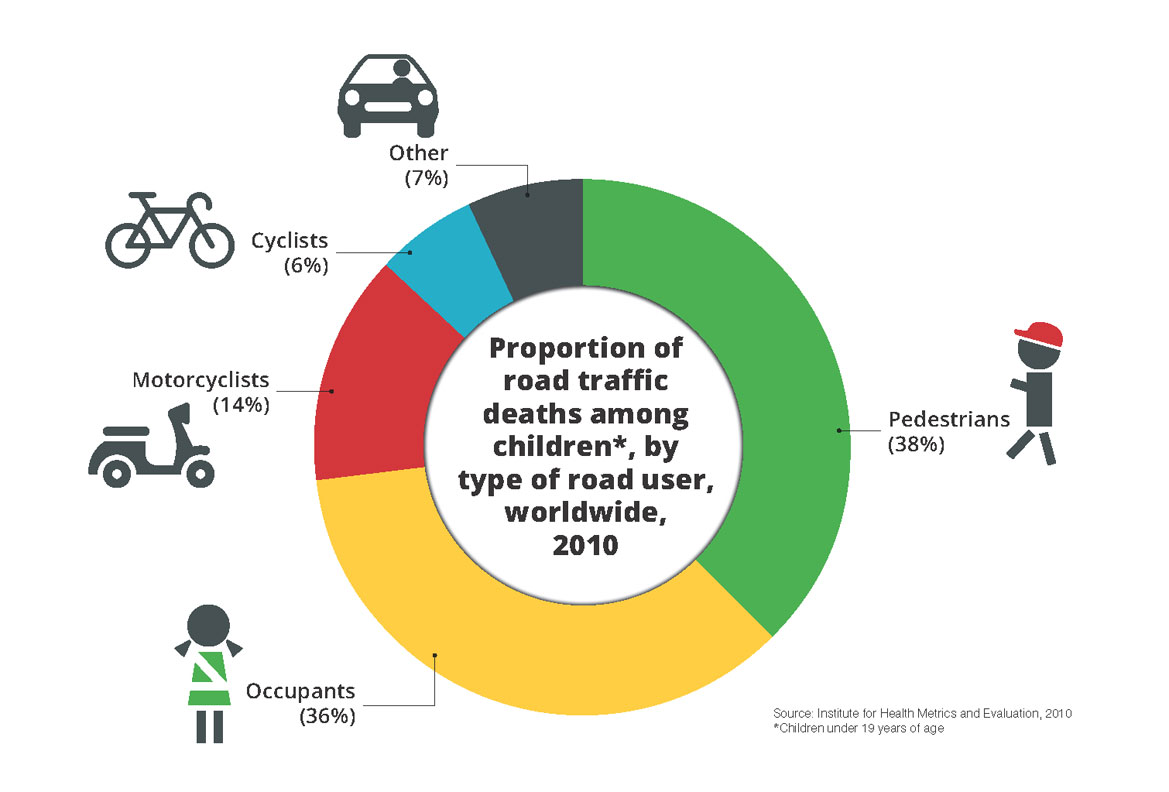 The highest rates of deaths are found in middle and lower income countries, he continued. Countries that are “rapidly motorizing” in Africa, Southeast Asia, Latin America and the Eastern Mediterranean have “more and more cars, and more and more roads” but an absence of road safety measures. Political will is needed for change to happen and leaders to take action.

In Sweden, where the Government has taken initiative to combat traffic deaths, there has not been a single child death on the road in the past few years, Dr. Krug said. 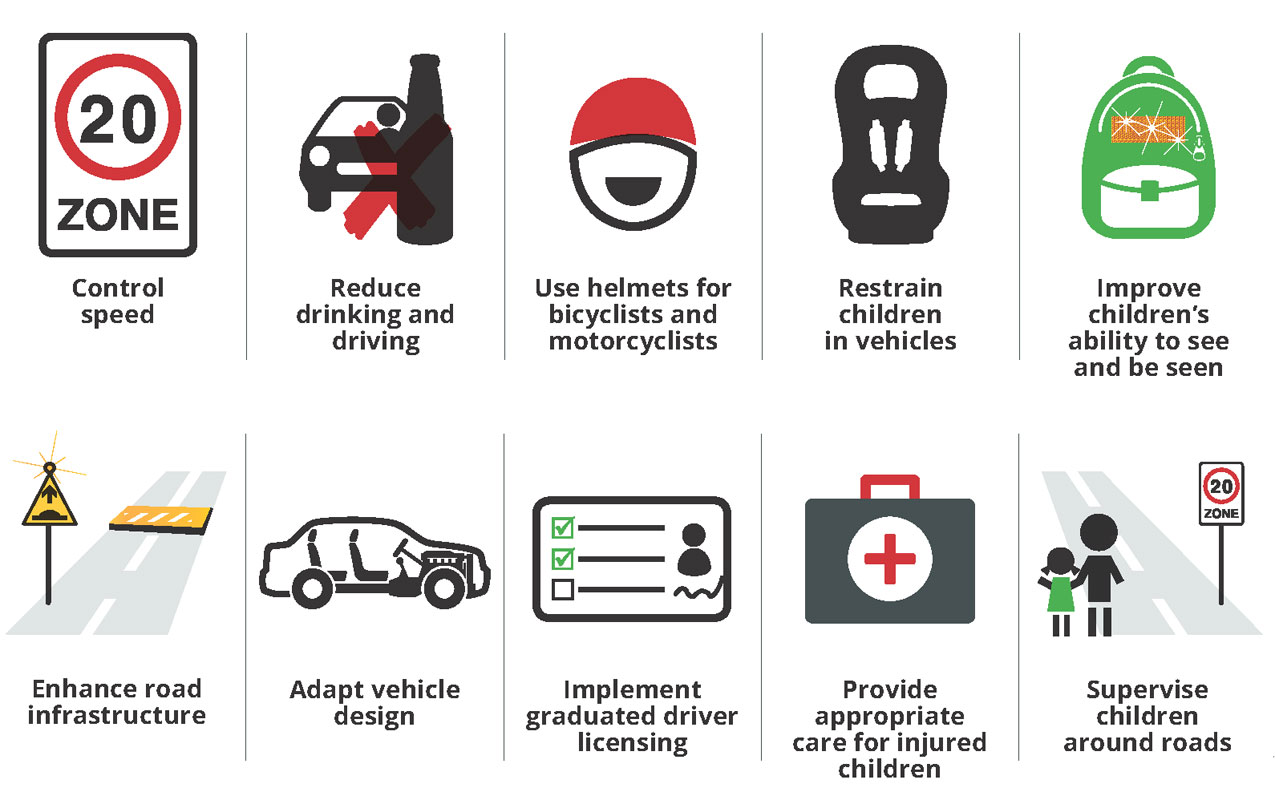 The new WHO document 10 strategies for keeping children safe on the road proposes ways to keep children safe on the roads. These include building road safety management capacity, improving the safety of road infrastructure and broader transport networks, producing safer vehicles, enhancing the safety of road users through enacting and enforcing legislation around key risks, such as speeding, drinking and driving, helmets, seat-belts and child restraints behaviour of road users, and improving post-crash emergency and trauma care for the injured.

In 2007, 400 delegates to the first World Youth Assembly for Road Safety, in Geneva, adopted the Declaration, committing to practical measures to improve road safety and calls on adults to play their part as parents and leaders. The Declaration calls on all young people to "stand up and participate in local and national campaigns and programmes" and urges adults to do more.

The UN General Assembly adopted a resolution on 10 April 2014 to improve road safety.

United Nations Secretary-General Ban Ki-moon called for a recommitment to make roads safer for all who use them, as countries around the world marked the World Day of Remembrance for Road Traffic Victims today.