The United Nations World Health Organization today announced that only 34 countries, or a quarter of those surveyed, have national plans to fight growing resistance to antibiotics, warning that the trend posed as “the single greatest challenge in infectious diseases today” and appealing for all countries to do their part to tackle the global threat.

“All types of microbes – including many viruses and parasites – are becoming resistant to medicines. Of particularly urgent concern is the development of bacteria that are progressively less treatable by available antibiotics,” WHO quoted Dr. Keiji Fukuda, WHO’s Assistant Director-General for Health Security as saying in a press release.

“This is happening in all parts of the world, so all countries must do their part to tackle this global threat,” according to Dr. Fukuda.

According to the new report Worldwide country situation analysis: Response to antimicrobial resistance only 34 of 133 countries that responded to a WHO survey have comprehensive national plans to preserve antimicrobial medicines like antibiotics, but many more countries must also step up.

Another key finding is that “in many countries, poor laboratory capacity, infrastructure and data management are preventing effective surveillance, which can reveal patterns of resistance and identify trends and outbreaks.”

And “public awareness of the issue is low in all regions, with many people still believing that antibiotics are effective against viral infections,” according to the report.

“This situation is alarming, particularly in countries where antimicrobial medicines are readily available without a prescription,” according to WHO. “Among professional groups, academics were generally more aware of the problem of antimicrobial resistance than others, including health care workers.”

WHO warned that “the general lack of awareness in these sectors would indicate that antimicrobial resistance is likely to spread further.”

Issued a year after WHO’s first report on the extent of antimicrobial resistance globally, which warned of a ‘post-antibiotic era,’ the new survey, carried out in 2013 and 2014, is the first to capture governments’ own assessments of their response to resistance to antimicrobial medicines used to treat conditions such as bloodstream infections, pneumonia, tuberculosis, malaria and HIV.

WHO, countries and partners have developed a draft Global Action Plan to combat antimicrobial resistance, including antibiotic resistance, which has been submitted to the 68th World Health Assembly, scheduled to take place next month.

“One essential step in implementing the Global Action Plan would be the development of comprehensive national plans in countries where they are now lacking and further develop and strengthen existing plans,” the UN health agency said. 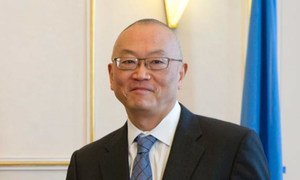 Antibiotic resistance – when bacteria change so antibiotics no longer work in people who need them to treat infections – is now a major threat to public health, says a new United Nations report released today.