“That is very sad. I think it seems to be the worst humanitarian crisis since the Second World War,” Mr. Ban said in his remarks on board the San Giusto in Sicily, Italy.

“It is because [of a] lack of opportunity, their pursuit for peace and a better future. We have to care for them,” he added about the migrants.

According to the UN, some 219,000 refugees and migrants crossed the Mediterranean in 2014, and at least 3,500 lives were lost. So far this year, more than 30,000 people are known to have made crossings to Italy and Greece – the first and second largest countries of arrival respectively. And numbers have recently been picking up further as sea and weather conditions improve.

Focused on the growing crisis, Mr. Ban, on an official visit to Italy, arrived in Rome this morning to meet with Italian and European leaders. Later in the day, he travelled to Sicily with Italian Prime Minister Matteo Renzi and the European Union High Representative for Foreign Affairs and Security Policy, Federica Mogherini to get a first-hand look at Italian naval operations to protect people on the high seas.

“I know it is a huge challenge for the Italian Government and, in a broader sense, European governments. Not a single country – like Italy – can bear all this responsibility,” the UN chief stressed, emphasizing the need for a more united front to focus on saving lives of those who are at sea. 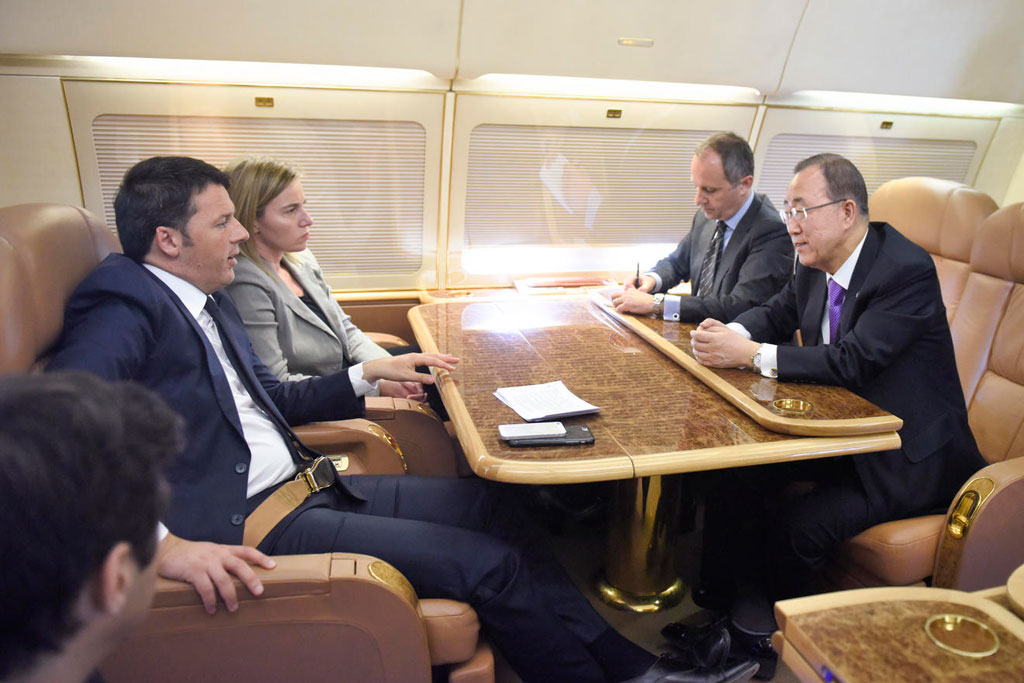 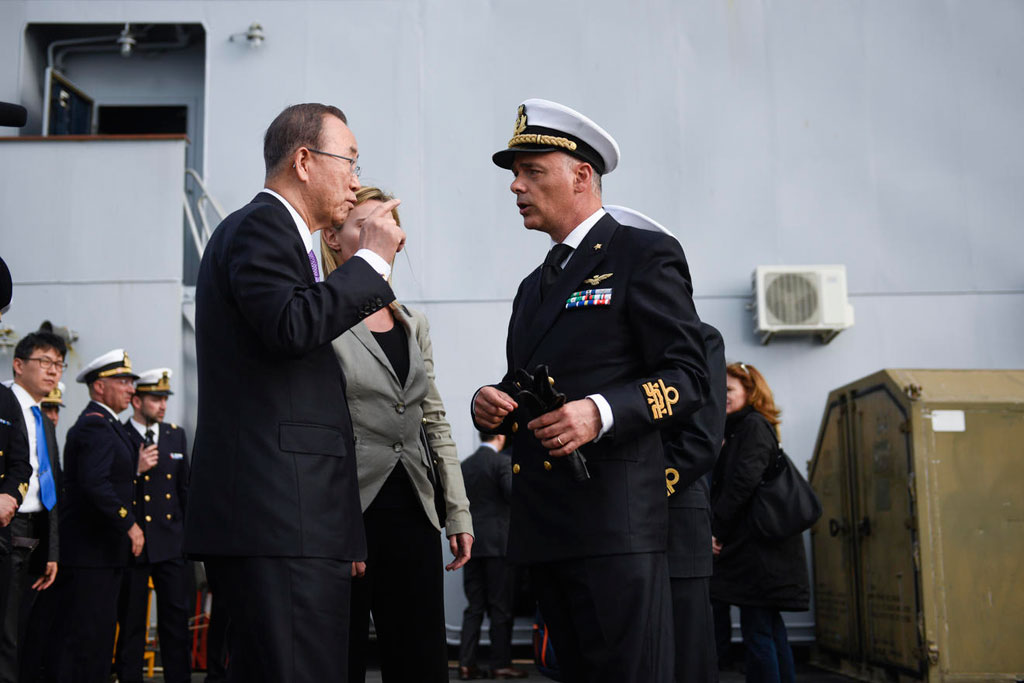 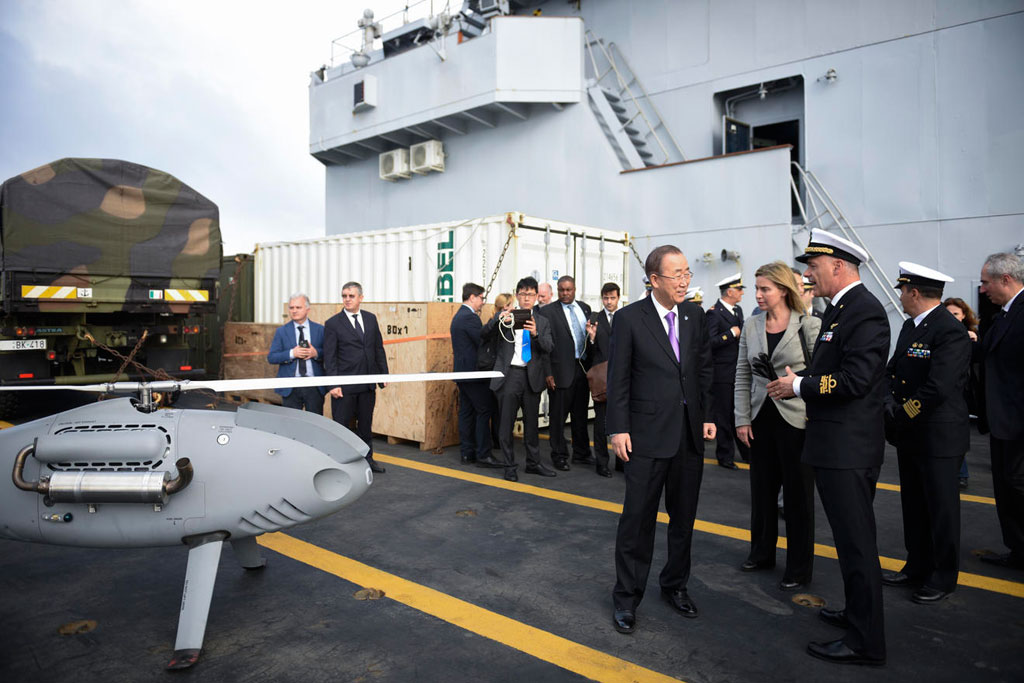 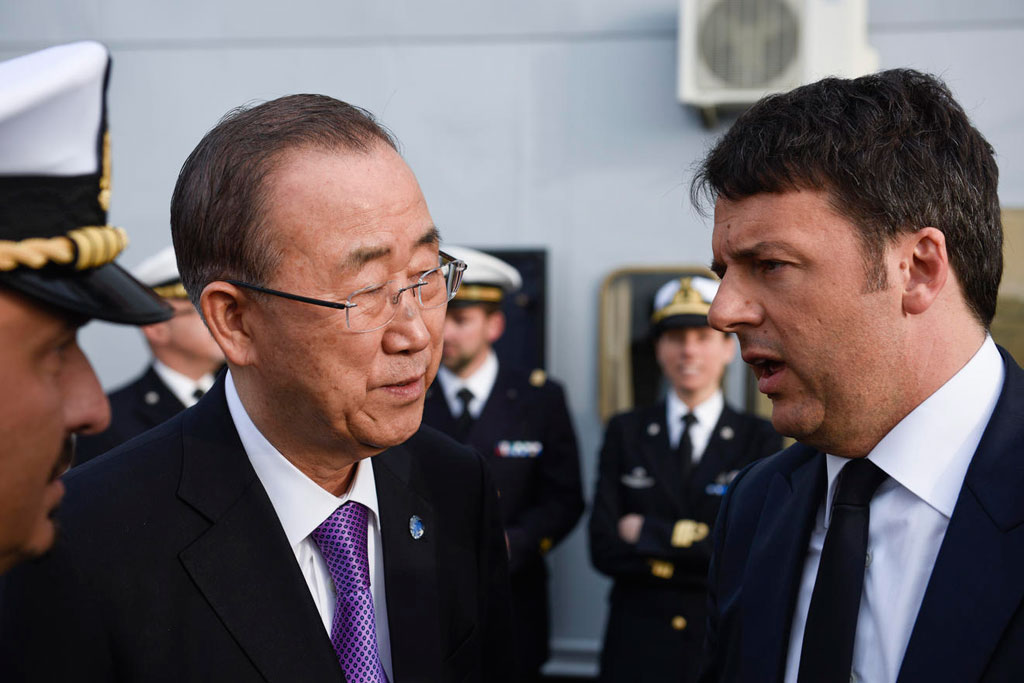 Critical to that is finding a political solution, on the ground, particularly in Libya and all the political instability in northern Africa. The European Union (EU), a group of countries that has “maximum capacity and willingness,” must continue its leadership on this issue, he said, pledging support from the United Nations.

“As Secretary-General of the United Nations and also concerned departments and agencies, particularly the High Commissioner for Refugees, we are ready to work with you. First of all, we have to stop and prevent human trafficking. This is criminal,” Mr. Ban stressed.

“So many thousands of people have lost their lives in their pursuit for a better future. I know why they have been risking their lives despite very difficult challenges,” he continued. “They are the most vulnerable and poorest people, in fact. They do not have any means.”

The UN chief also thanked Prime Minister Renzi and his Government for its “compassionate leadership” and for “bearing the brunt” of the crisis and commended EU High Representative Mogherini for strong leadership to address this problem.

“I really appreciate your hard work, despite limited resources and capacity. But only your commitment and hard work can handle this matter,” Mr. Ban also told the officers.

“We have to help them and you can help them with your compassion,” Mr. Ban said.

The most senior United Nations officials dealing respectively with refugees, human rights, and migration and development, have appealed strongly to European leaders to put human life, rights, and dignity first when agreeing today a common response to what they called the “tragedy of epic proportions” unfolding in the Mediterranean Sea, where some 1,600 people have died this year trying to flee their strife-torn homelands.