Two weeks after Tropical Cyclone Pam struck Vanuatu, the United Nations Humanitarian Coordinator for the archipelago on a tour through one of the most severely affected provinces Saturday, warned of a “secondary emergency” and urged a scale-up in efforts to provide the essentials to people in need.

“It is heart breaking to see the extraordinary scale of devastation,” said Ms. Osnat Lubrani, touring the island of Tafea.

On 13 March, Tropical Cyclone Pam swept through the archipelago, wiping out homes and infrastructure, destroying the electricity network and razing crops in the mainly agricultural country. So far, aid has reached all 22 storm-affected islands of the country, despite significant logistical challenges due to the geographic spread of the archipelago.

“While we can already see the positive impact of the Government-led emergency relief operation, we still need to scale up efforts to ensure all islands are provided with food, water, shelter and medical care,” Ms. Lubrani said. “The emergency is not over yet.”

Referring to the strength of the people of Vanuatu Ms. Lubrani continued, “At the same time I am also impressed by the resilience of the people who are already beginning to rebuild their lives with the help of local authorities and the international community.”

Ms. Lubrani warned that a secondary emergency could hit Vanuatu. The cyclone destroyed more than 90 per cent of crops, leaving a population that heavily relies on subsistence agriculture without a source of income and the possibility of long-term food insecurity. 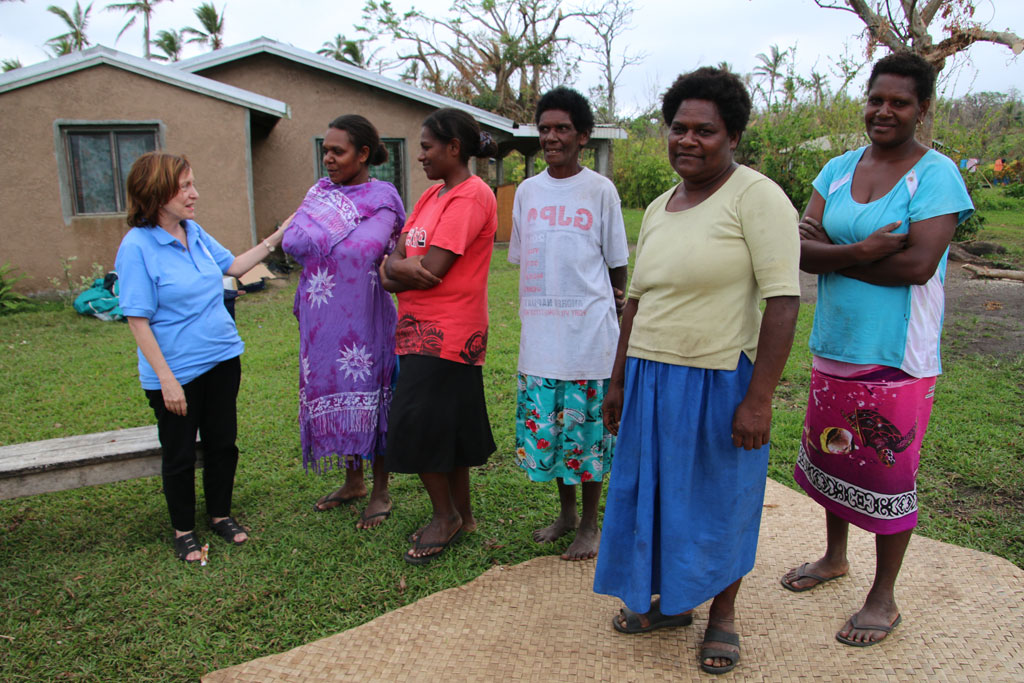 Humanitarian Coordinator Osnat Lubrani speaks with women in Tafea Province about the impact Cyclone Pam has had on their lives. Photo: UNOCHA/Karina Coates

“One of the women I met told me that they are in urgent need of income, having nothing to sell on the local market and no money to even buy soap,” Ms. Lubrani said.

She also met with provincial authorities, assessed damage to local infrastructure and visited one of the relief distribution sites.

“We will continue to stand by the side of the people of Vanuatu and I call on the international community to support our work on the ground,” the Humanitarian Coordinator pledged. 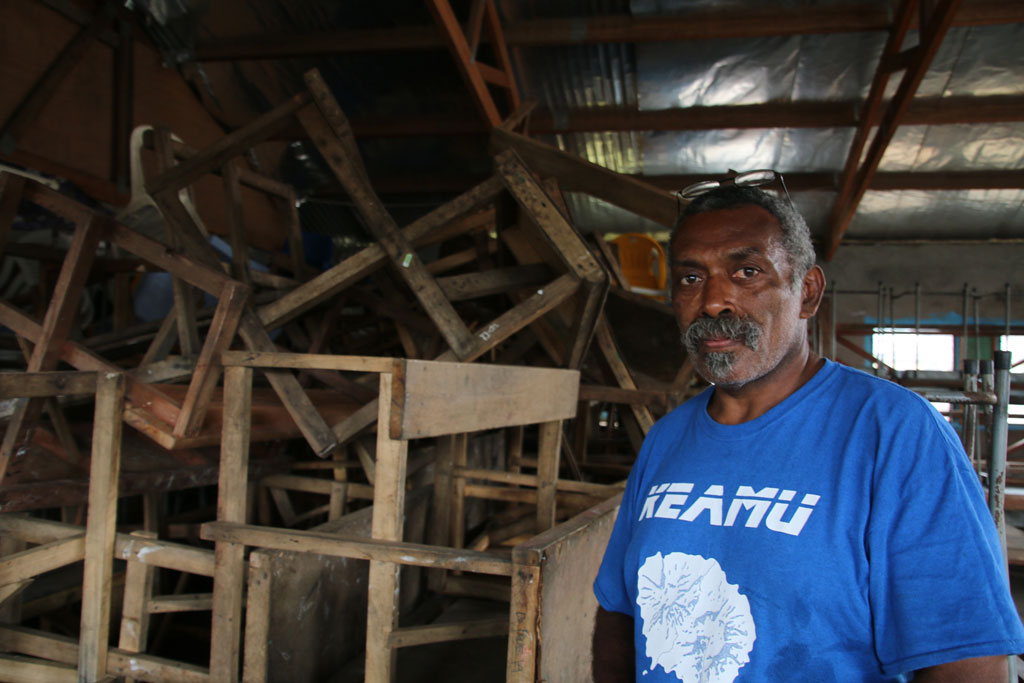 The principal of a school in Tafea Province assesses the damaged inside the building. Photo: UNOCHA/Karina Coates

The United Nations and its partners have started to provide families with seed kits to ensure long-term food security, and will support the government in restoring community infrastructure and reviving economic activities. But the world body needs $29.9 million to cover the needs of 166,000 cyclone-affected people for three months.

To date $6.4 million has been pledged since the launch of the Flash Appeal on 24 March but more support is needed.

Two weeks after Cyclone Pam hit Vanuatu, the United Nations says it has reached all 22 storm-affected islands of the country, with food for more than 160,000 people.