The United Nations World Health Organization (WHO) today opened the first ever Ministerial Conference on Global Action Against Dementia by reminding health ministers from around the world, experts and civil society representatives that every four seconds someone is diagnosed with the incurable disease.

“The aim of the conference is to raise awareness of the socio-economic burden created by dementia, and to highlight that this burden can be reduced if the world collectively commits to placing dementia high on the global public health agenda,” WHO said in its announcement of the two-day conference that is being held at its headquarters in Geneva.

The first day of the conference tackled problems ranging from research to care and human rights posed by dementia, which affects some 47 million worldwide, a number that is expected to nearly triple by 2050.

The UN independent expert on the enjoyment of all human rights by older persons, Rosa Kornfeld-Matte, in a special intervention on the human rights aspects of the disease, said persons with dementia must have their dignity, beliefs, needs and privacy respected at all stages of the disease. She urged governments worldwide to effectively integrate a human rights-based approach to their global action against dementia.

“Persons with dementia, including older persons with this disease, should be able to enjoy their rights and freedoms in any circumstances,” said Ms. Kornfeld-Matte, whose mandate comes directly from the UN Human Rights Council.

Dementia - A pubic health priority
What are the symptoms? 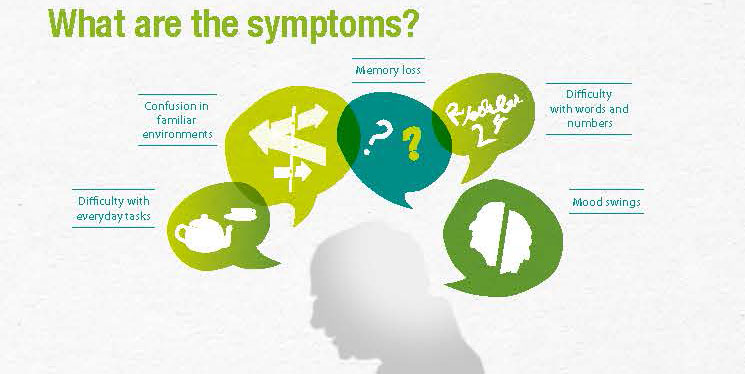 Who is affected? What does it cost?

What are the challenges?

What can help people with dementia? 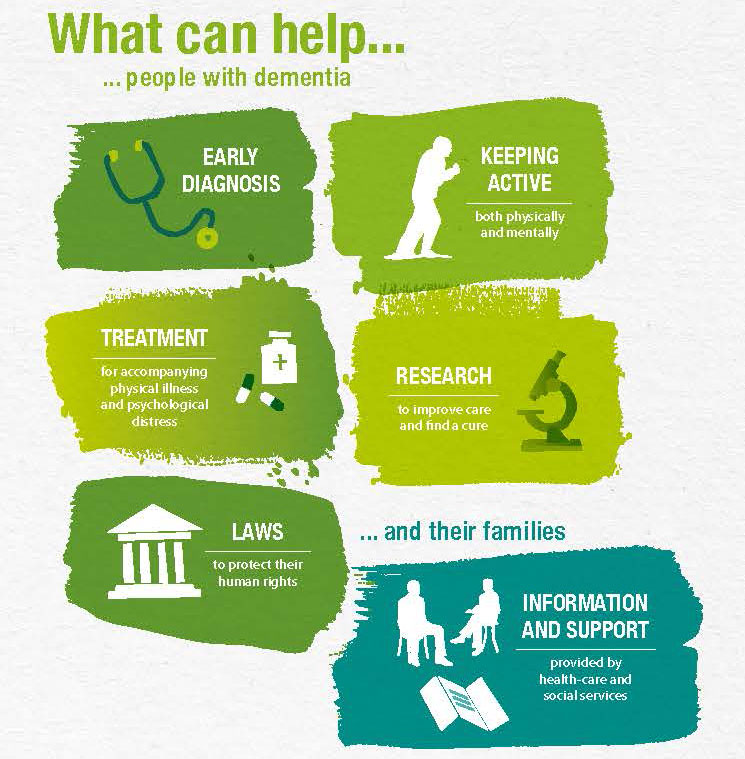 Global action against dementia - What we must do 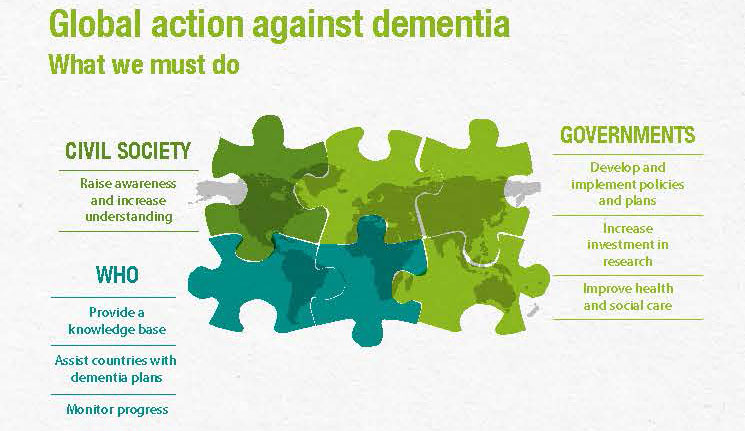 “I call on all States and other stakeholders to effectively adopt a human rights-based approach when addressing dementia,” she said.

WHO risk communications expert Gaya Gamhewage, who moderated one of five panels today, asked the audience to count to four.

According to WHO, dementia is “a syndrome that affects memory, thinking, behaviour and ability to perform everyday activities – usually of a chronic or progressive nature. Dementia is overwhelming not only for the people who have it, but also for their caregivers and families. There is a lack of awareness and understanding of dementia in most countries, resulting in stigmatization and barriers to diagnosis and care.”

Dementia is caused by a variety of diseases and injuries that primarily or secondarily affect the brain, such as Alzheimer's disease or stroke, and there is no treatment currently available to cure dementia or to alter its progressive course.

Two people living with dementia, Hilary Doxford, who did not get a diagnosis for seven years, and Michael Ellenbogen, who had already lost his job by the time he received his diagnosis, appealed to governments about the need for earlier and correct diagnoses.

Ms. Doxford and Mr. Ellenbogen were joined by Sona Bari, who was a caregiver for her mother who has dementia, in raising the urgent need for governments to think long term and make dementia a public health priority.

Tomorrow, the conference will focus on how “to collectively move the global dementia agenda forward.”

♦ Receive daily updates directly in your inbox - Subscribe here to a topic.
♦ Download the UN News app for your iOS or Android devices.
public health

Ahead of Alzheimer’s Day, UN expert urges greater protections for people with dementia

A United Nations independent expert today called on Member States to do more to protect older people affected by dementia from stigmatization, discrimination, victimization and neglect.