“The Beijing Platform has guided us for a generation. But the journey is far from through,” Secretary-General Ban Ki-moon told the packed theatre at the ‘Planet 50-50 by 2030: Step It Up for Gender Equality’ event.

“Women’s and girls’ voices too often go unheard, their talents go unused. The least utilized resource in the world is women’s potential. As a result, the whole world suffers, and we are all made less prosperous and less secure,” the Secretary-General added.

Thousands have gathered at UN Headquarters in New York on the heels of International Women’s Day, which was commemorated on Sunday with a march to Times Square, for two weeks of discussions and debate as part of the annual Commission on the Status of Women. This year’s gathering is particularly relevant as it takes stock of the progress made in Beijing, 20 years on, and looks to spearhead women’s empowerment and gender equality in a new development agenda. 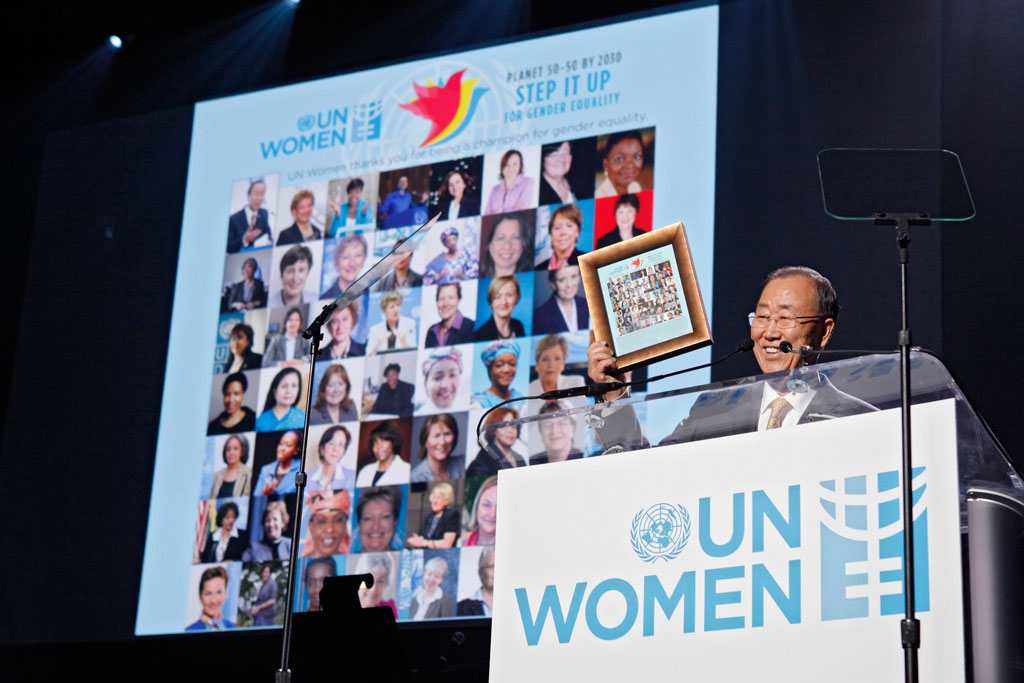 “Women’s rights are human rights. Women’s progress is the world’s progress,” declared Mr. Ban, as he was presented with a plaque by UN Women Executive Director Phumzile Mlambo-Ngcuka for having appointed more women to leadership positions at the UN than ever before.

“We have earned our rights. We have paid our dues,” said Ms. Johnson-Sirleaf, Africa’s first female head of State. “How can we ensure that women have totally equal rights, for emancipation, for liberty, for equal opportunity? That’s a challenge to all of us. And it’s a challenge that we can achieve if we stand up and say it’s time! There can be no turning back and there can be no stopping!”

Ms. Clinton, who spearheaded efforts at the 1995 Beijing conference, said: “I for one am hopeful for what we can and will achieve together. I see a future with the new Sustainable Development Goals that will focus on gender equality.”

Adding her voice, Ms. Gates highlighted the role of philanthropic organizations and governments in ensuring that “women and girls lead the lives they want.” 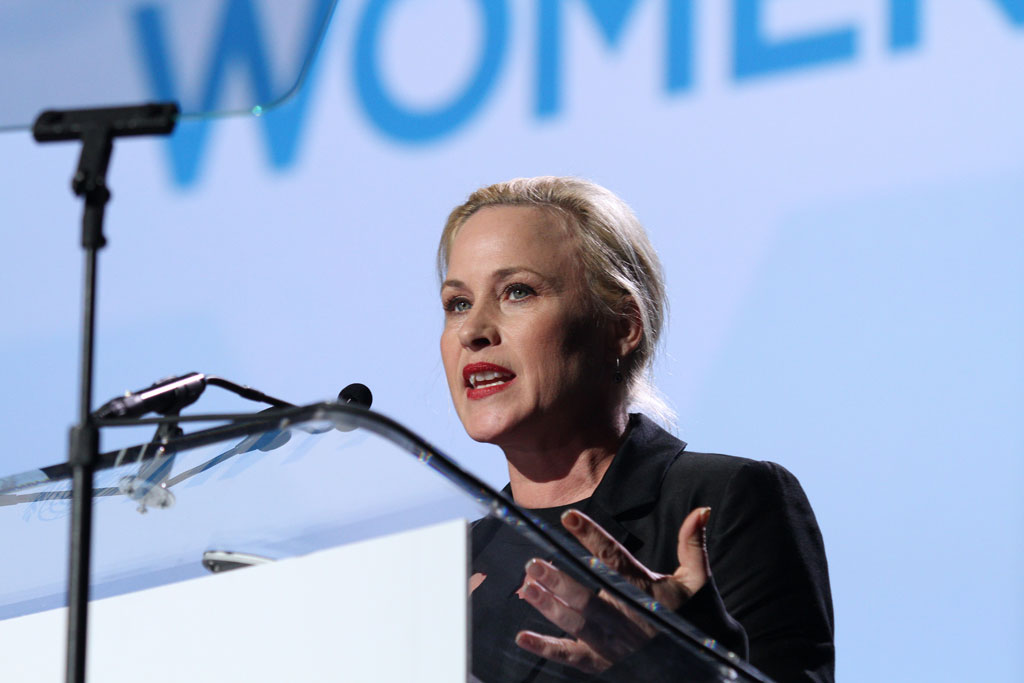 “We must hold governments accountable if they don’t live up to their promises,” she emphasized, adding that “we need to use our voices, our minds and our hearts.”

Before the event kicked off, the UN News Centre caught up with several attendees who highlighted the work they were doing to promote gender equality, including actress Patricia Arquette, who last month made headlines when she spotlighted the gender pay gap in the US during her acceptance speech at the Academy Awards.

“I’ve spent a lot of time in different parts of the world and I’ve seen how hard women work under adversity and I’ve seen how much they take on and they’re just such beautiful powerful forces,” Ms. Arquette said. 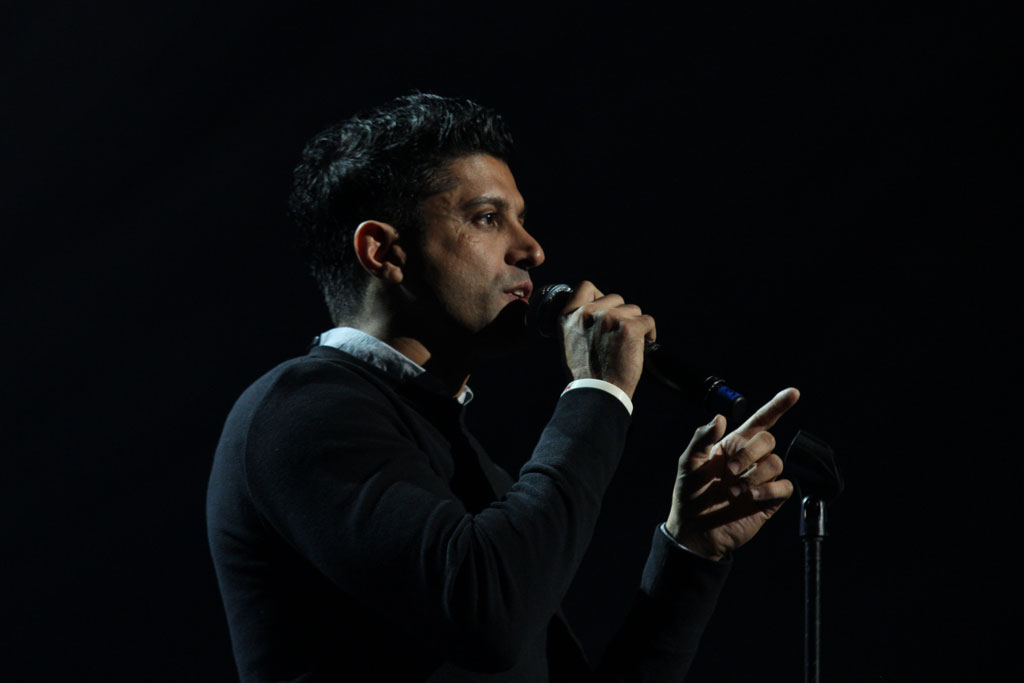 The event commemorated the 20th anniversary of the World Conference on Women, held in Beijing, and featured musical performances, high-powered speakers and celebrities, such as Bollywood actor and director Farhan Akhtar. Photo: UN Women/J Carrier

“I feel like this is going to be a very exciting time to be a woman in the world,” she added. “We all came here to make change now, we were all born into this time, we all have a purpose and we can make radical evolution for the better and if we support each other we can make that happen.”

And making it happen is what Ms. Arquette is all about as she uses her celebrity to spotlight an increasing number of projects devoted to women’s empowerment and gender equality. Among them, she said, was the documentary film “Equal means Equal,” directed by her friend and ‘heroine’ Kamala Lopez.

Ms. Lopez also spoke to the UN News Centre about her new project.

“It’s about looking at the systemic inequalities that women have been subjected to across multiple lens – domestic violence, rape, the pay gap, rates of incarceration and analysing whether having a federal equal rights amendment would actually affect every one of these areas and I found that is the truth,” she said. 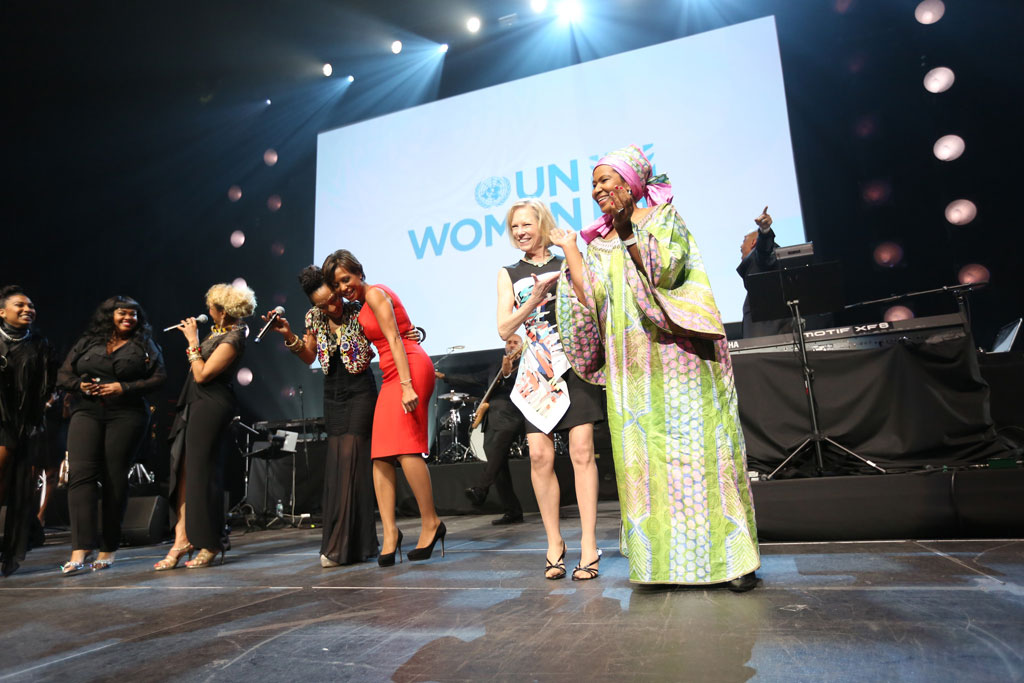 'Planet 50-50 by 2030: Step It Up for Gender Equality' was the clarion call of the event, which took the audience through a 20-year journey of women's rights and a look at the road ahead. Photo: UN Women/Ryan Brown

“Not having equal rights written into the Constitution for women like 175 other countries has an affect and one of the big reasons it does is because 96 per cent don’t know that women don’t have the same rights as men in America. It’s shocking,” she added.

Other initiatives were spotlighted including working with men to dispel patriarchy and women’s economic empowerment. Bollywood actor and director Farhan Akhtar, who was appointed as UN Women’s Goodwill Ambassador for South Asia last year, said that his initiative in India focuses on educating young boys and men about the important of gender equality.

“We want to help boys and men understand a new concept of masculinity and the patriarchal views that most of us have grown up with and how it’s time move away from that,” he told the UN News Centre.

That feat and more can be achieved through women’s economic empowerment, said Salle Yoo, general counsel at Uber, as she commended her company’s joint initiative with UN Women to hire one million women globally by 2020. Earlier in the day, UN Women had announced the partnership with the car service company calling it a “shared vision of equality and women’s empowerment.”

“We, as women, juggle so much in our lives,” Ms. Yoo told the UN News Centre on her way into the event. “The great thing about this new platform is that it adds flexibility and it allows [women] to choose when to work so that [they] can deal with family and childcare, but also [their] own interests. One of our drivers, who is here today, has a recording studio and this is a means by which she can pursue that passion.”

Although businesses were not part of the discussions at the historic Beijing Women’s Conference 20 years ago, it is now clear that achieving gender equality will require the concerted efforts of the private sector, United Nations Secretary-General Ban Ki-moon told participants at the annual Women’s Empowerment Principles (WEPs) event at UN Headquarters.