The United Nations office dedicated to disaster risk reduction today appealed to world leaders ahead of a major gathering in northern Japan next week to provide clear, action-oriented guidance to tackle the underlying drivers of risk, such as climate change, which now accounts for 87 per cent of the disasters that have killed some 700,000 people over the past decade.

“Despite many successes and greatly improved performance in disaster management, it is sobering to note that 700,000 people have died in disaster events over the last ten years,” Margareta Wahlström, head of the UN Office for Disaster Risk Reduction, said in a press release issued today.

“A total of 1.7 billion people have had their lives disrupted in some way,” Ms. Wahlström said. “It is of great concern that economic losses in major reported disaster events come to $1.4 trillion.”

She went on to explain that while 70 per cent of deaths are caused by earthquakes, climate-related disasters now account for over 80 per cent of all disaster events and contribute enormously to economic losses and short and long-term population displacement triggered by disaster events.

“It is very important that the World Conference on Disaster Risk Reduction which opens on March 14, should provide clear, action-oriented guidance to governments, local governments, the private sector and civil society in general on how best to tackle the underlying drivers of risk such as poverty, climate change, poorly planned urban growth, land use and the decline of protective eco-systems,” Ms. Wahlström said. 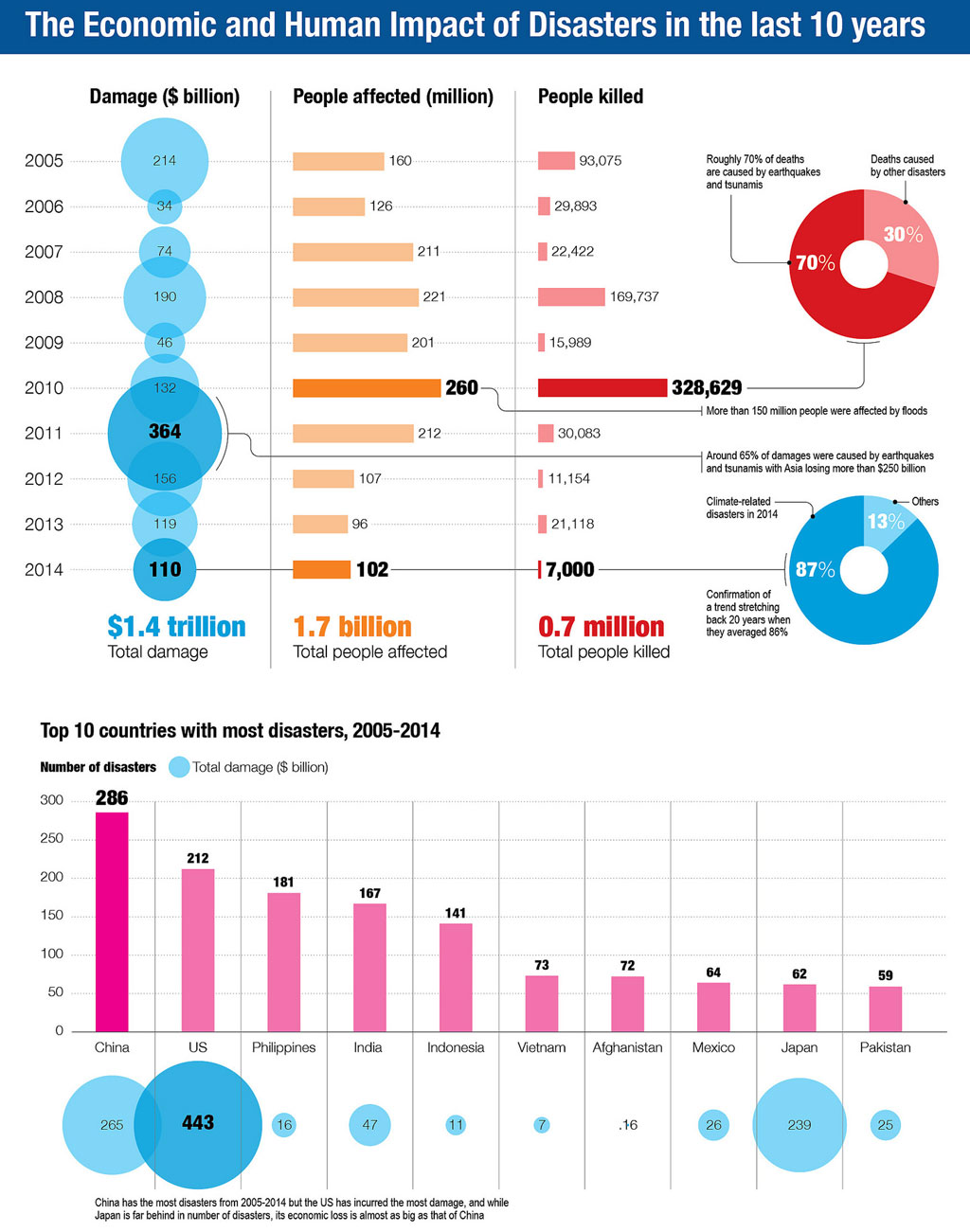 Thousands of government leaders and civil society representatives will be gathering in the northern Japanese city of Sendai at the Third World Conference on Disaster Risk Reduction from 14-18 March to broker the follow-up to the Hyogo Framework for Action (HFA), and chart a global course on disaster risk reduction for the coming decade.

The Sendai conference is also the first landmark meeting of a particularly crucial year for the United Nations, which is set to lead the global development and climate agenda at a number of major international events: an international meeting in Paris in December on the adoption of a universal text on climate change; the UN special summit in September for the adoption of a global sustainability agenda; and a major conference in July in Addis Ababa, to renew commitment to global development financing.

Reducing poverty, improving health and education for all, achieving of sustainable and equitable economic growth and protecting the health of our planet now depend on the management of disaster risks in the day-to-day decisions of governments, companies, investors, civil society organizations, households and individuals, according to a new United Nations report out today.