Scaling up investment to tackle leprosy, dengue fever, sleeping sickness and other neglected tropical diseases will improve the health and well-being of more than 1.5 billion people, the United Nations World Health Organization (WHO) said today, launching a new report.

Scaling up investment to tackle leprosy, dengue fever, sleeping sickness and other neglected tropical diseases will improve the health and well-being of more than 1.5 billion people, the United Nations World Health Organization (WHO) said today, launching a new report stressing that countries must make firm and sustainable budgetary commitments if they are to meet the agency’s targets and accelerate progress.

“Increased investments by national governments can alleviate human misery, distribute economic gains more evenly and free masses of people long trapped in poverty,” says WHO Director-General Dr. Margaret Chan in a press release, which explains that investing in measures to tackle 17 diseases tropical would represent as little as 0.1 per cent of current domestic expenditure on health in affected low- and middle-income countries for the period 2015-2030.

The report highlights progress made in recent years, largely attributed to a scale-up of control interventions in reaching the poorest. For example, in 2012 alone, more than 800 million people were treated for at least one neglected tropical disease. In 2014 there were just 126 cases reported of Dracunculiasis (guinea-worm disease), compared to almost 1800 in 2010 and 3.5 million in the mid-1980s. Eradication of this disease is achievable with continued effort and investment.

A key feature of the report, spotlighted by Dr. Chang in the documents’ foreword, is that for the first time, it sets out financing needs, options, and targets for meeting WHO Roadmap goals by 2020, but also for reaching universal coverage of all people in need by 2030. It sets targets for ending catastrophic health expenditures and, as part of the drive to strengthen health systems, for getting services closer to where people live.

The agency also notes that in the face of climate change, countries need to strengthen their ability to anticipate and meet new challenges in terms of vector ecology and management. Diseases spread by insects are on the move because of rapid and unplanned urbanization, population movement and environmental change. Dengue is one of them: it is now present in more than 150 countries.

“Some of the neglected tropical diseases are no longer strictly tropical,” says Dr. Dirk Engels, Director of the WHO Control of Neglected Tropical Diseases Department. “The potential for spread provides yet another strong argument for making the needed investments – while ramping up research and development efforts – to bring all these diseases under control and eliminate as many of them as rapidly as possible.”

Many countries have recognized the importance and cost effectiveness of investing in preventing and treating neglected tropical diseases. More than 70 countries are already implementing or ready to kick off national plans for accelerated control, according to WHO. 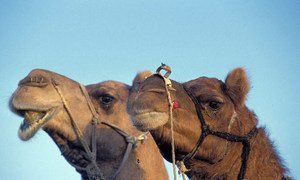 The United Nations World Health Organization (WHO) today announced it is dispatching a mission to Saudi Arabia next week at the request of the Government to take preventive measures for a possible upsurge of cases of a respiratory virus linked with camels known as Middle East Respiratory Syndrome coronavirus (MERS-COv).