UN launches ‘All In’ initiative to end adolescent AIDS

UNICEF/SUDA2014-XX166/Noorani
Peer educator Arafat speaks with a group of school children and distribute HIV/AIDS awareness materials, in a community in Khartoum, Sudan.
17 February 2015

In the fight against HIV/AIDS, progress for adolescents has fallen behind, world leaders gathered at a United Nations meeting in Nairobi, Kenya, stressed today, as they launched a global initiative to end the second leading cause of death among young people worldwide.

In the fight against HIV/AIDS, progress for adolescents has fallen behind, world leaders gathered at a United Nations meeting in Nairobi, Kenya, stressed today, as they launched a global initiative that aims to end the second leading cause of death among young people worldwide.

While major advances have been made in almost every area of the response to the human immunodeficiency virus, just one in four children and adolescents under the age of 15 have access to life-saving treatment. And deaths are declining in all age groups, except among 10-19 year olds, according to the UN.

“Children and young people should be the first to benefit from the progress we have made in ending the epidemic, not the last,” said UN Children's Fund (UNICEF) Executive Director Anthony Lake at the launch of a new platform for action to drive better results for adolescents by encouraging changes in policy and engaging young people in the effort.p>

The 'All In' initiative, a partnership between UNAIDS [Joint UN Programme on HIV/AIDS] and UNICEF, aims to reach adolescents with HIV services designed for their specific needs and to fast-track progress to advance global efforts to end the AIDS epidemic by 2030.

“We need to reach the adolescents we are missing and engage all young people in the effort to end adolescent AIDS. In fact, we cannot achieve the goal of an AIDS-free generation without them,” Mr. Lake stressed. More than 200 young advocates and leaders from adolescent and youth movements were present at launch of 'All In' in Nairobi today. 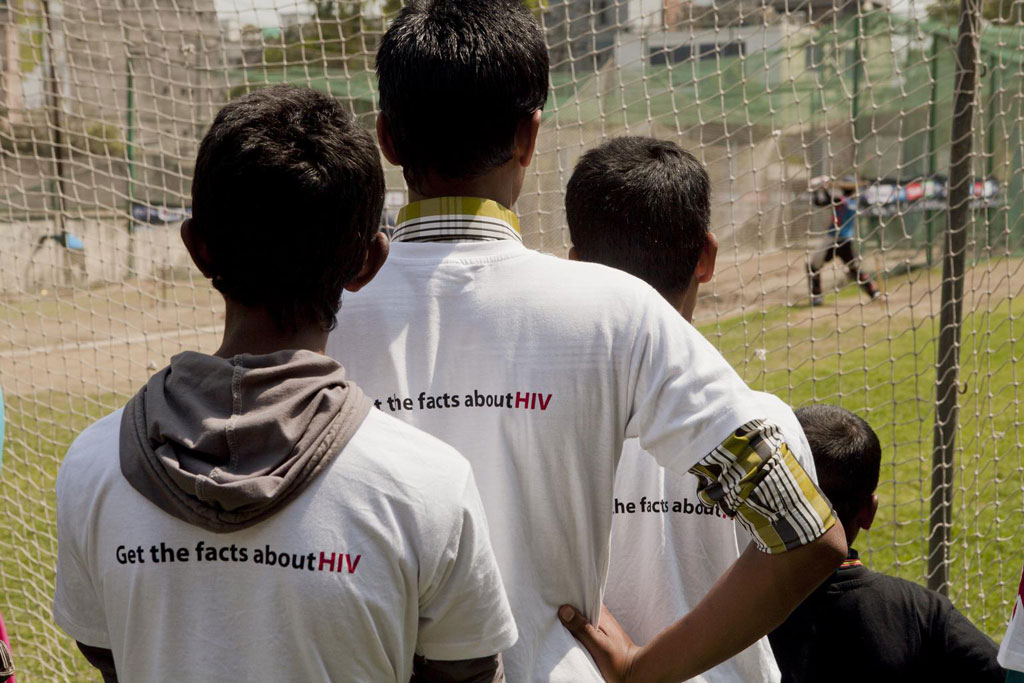 A group of adolescents wear HIV awareness shirts watch the Bangladesh cricket team practice in the nets as part of the THINK WISE campaign at the Sher-e-Bangla National Cricket Stadium in Mirpur Dhaka, Bangladesh. © UNICEF/BANA2014-00810/Mojumder 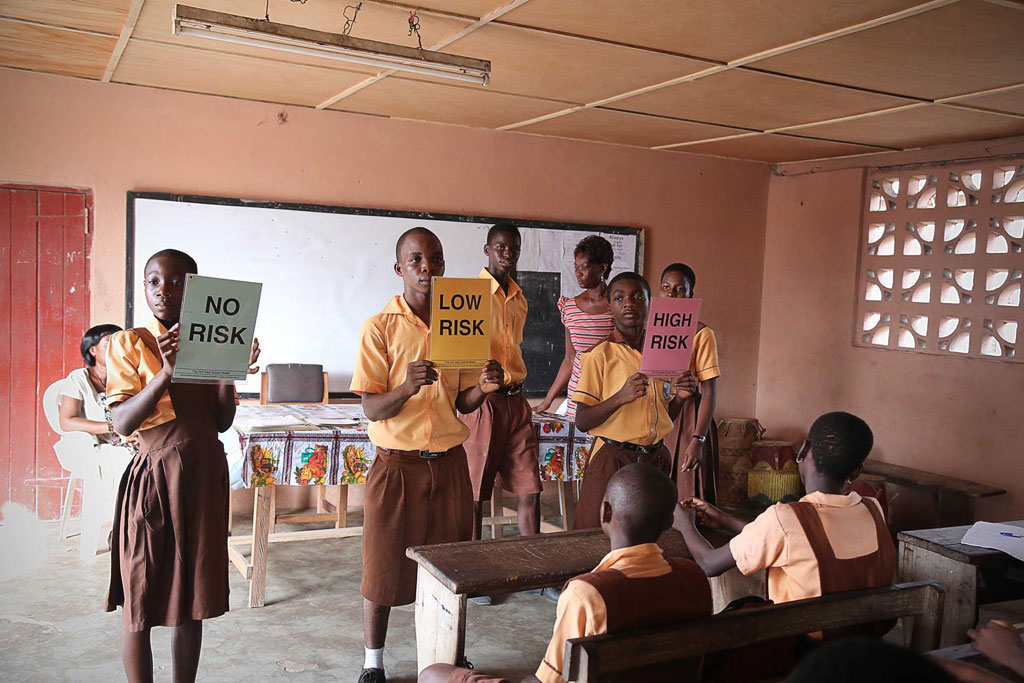 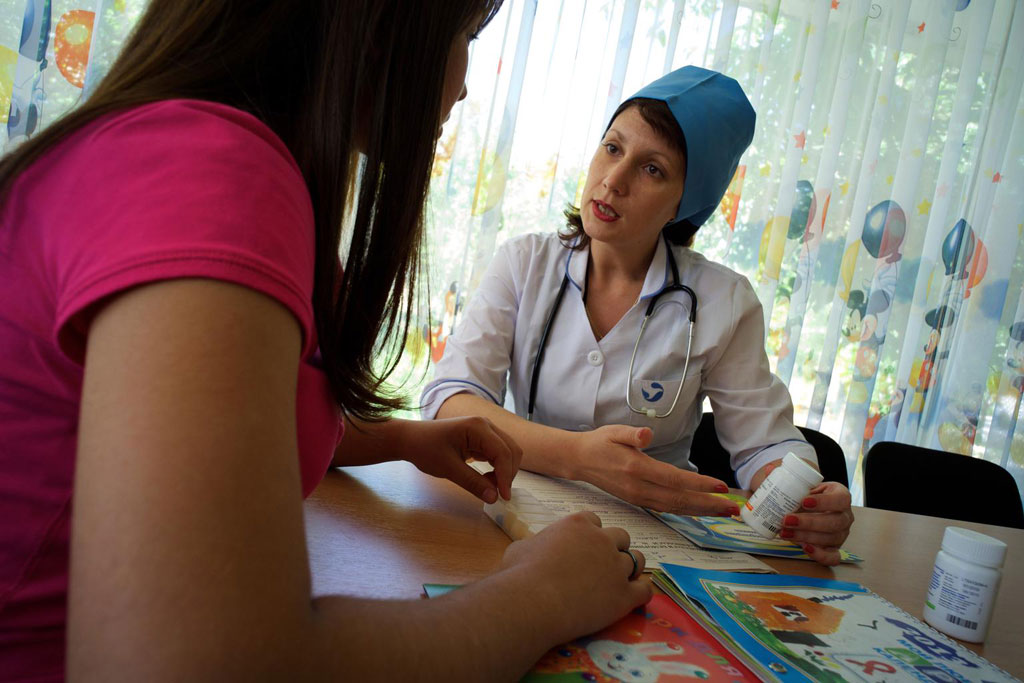 Mubina, 19, receives counselling and advice from a Dr. Irina Subotina, one of the first paediatrician who started treating children with HIV in Uzbekistan. © UNICEF/UNI164691/Noorani 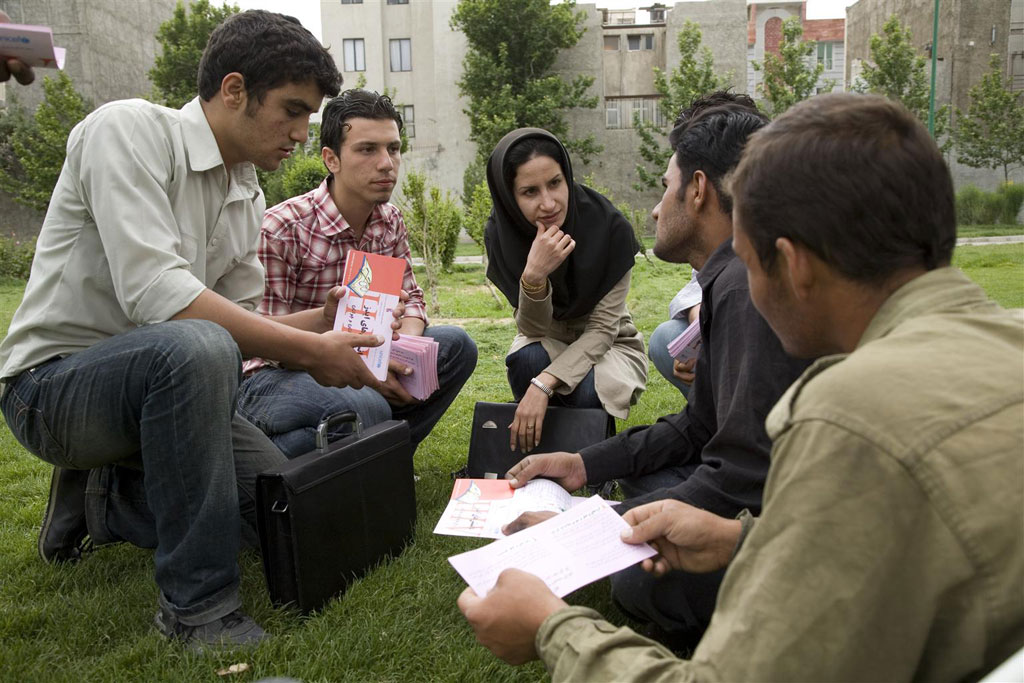 Peer educators from the Adolescent-friendly Services Centre distribute brochures and discuss HIV/AIDS with young men sitting in a park in the neighbourhood of Yaft Abad, in south-west Tehran. © UNICEF/NYHQ2007-2489/Noorani 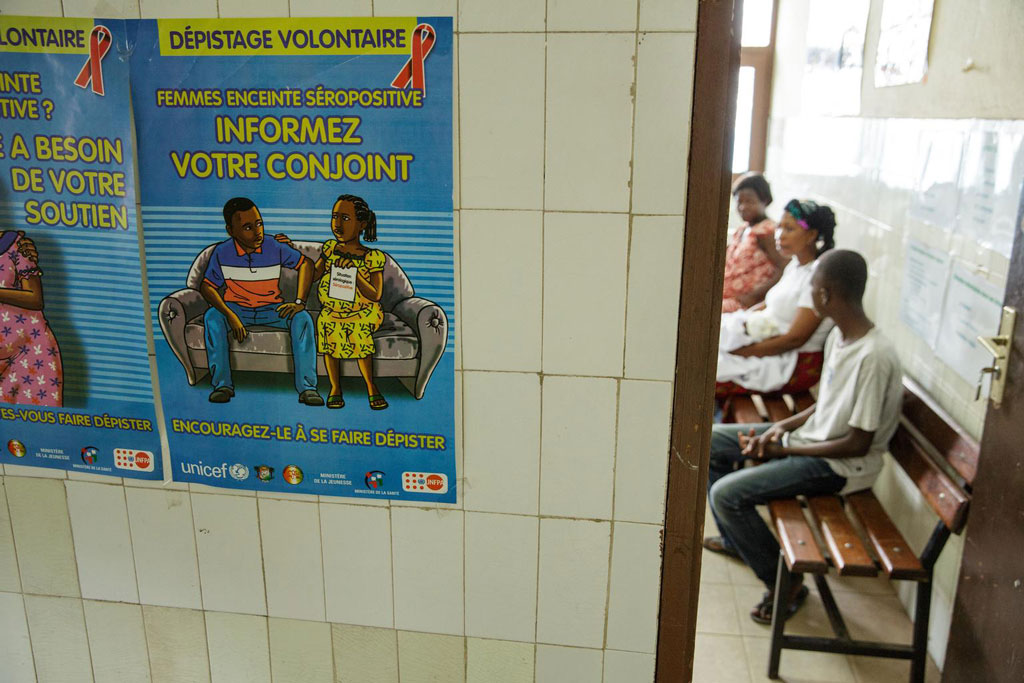 An adolescent boy attends a counselling session for people living with HIV, at Koumassi General Hospital in the city of Abidjan, Côte d’Ivoire. © UNICEF/NYHQ2013-1036/Asselin 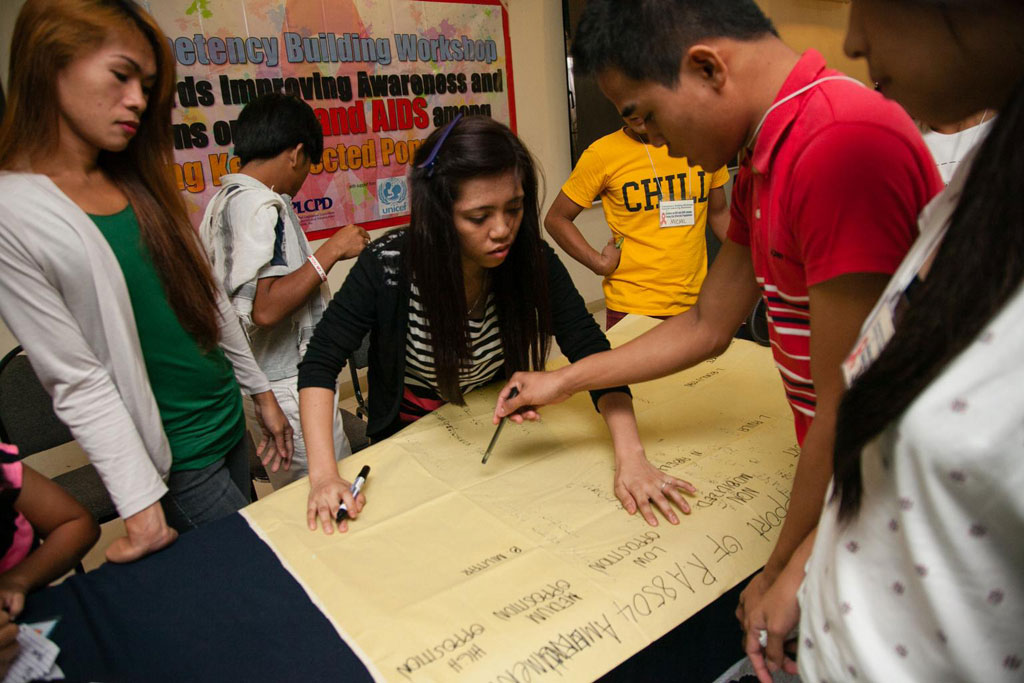 Youth leaders in Davao City, Philippines, participate in a three-day capacity-building advocacy workshop on HIV and AIDS, are seen here mapping out a plan to best push for needed reforms in the counctry. © UNICEF/UNI162248/David 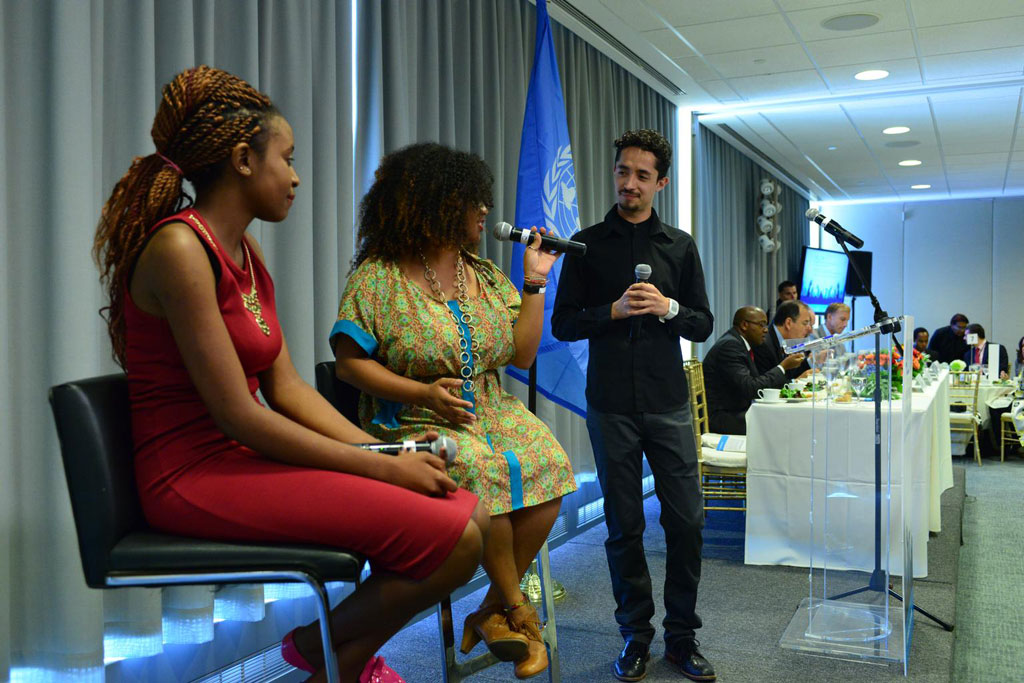 Mwewa Nkhomo and L'Orangelis Thomas-Negron share their experiences living with HIV during the 'All In! Towards ending the AIDS epidemic amongst adolescents' event at the United Nations. © UNICEF/NYHQ2014-1720/Nesbitt

New HIV infections among adolescents are not declining as quickly as among other age groups. Adolescent girls are most affected. In South Africa, for example, more than 860 girls became infected with HIV every week in 2013, compared to 170 boys.

“HIV is the leading cause of death among adolescents in Africa and young women are most affected. This is a moral injustice. I am calling on young people to lead the 'All In' movement, alongside the United Nations, public and private partners, and countries themselves, to end the adolescent AIDS epidemic,” said Michel Sidibé, Executive Director of UNAIDS.

This is also a pressing issue in East Asia and the Pacific. Thailand, for example, is facing a new rise in HIV cases, especially among young people, with 70% of all sexually transmitted infections (STI) cases occurring in the 15-24 age group. New data released in 2014 showed infections have risen among groups of at-risk young people, namely those involved in sex work, those injecting drugs, and young men having unprotected sex with men.

UNICEF Thailand used this data to talk to the government about reducing the age of consent for HIV tests to below 18, providing training for health workers on working with at-risk young people, and expanding HIV education in schools. In December 2014, the official guidance on HIV tests was changed in line with these recommendations.

Meanwhile, UNAIDS has set new Fast-Track Targets to be achieved by 2020 for adolescents that include reducing new HIV infections by at least 75%, reducing AIDS-related deaths by 65% and achieving zero discrimination. Achieving these targets would put the world on track towards ending adolescent AIDS by 2030 and ending the global AIDS epidemic as a public health threat.

Most of the 2.1 million adolescents living with HIV in 2013 became infected at least 10 years ago, when their mothers were pregnant, during delivery or in the first months of life – at a time when antiretroviral medicines that can greatly reduce the possibility of HIV transmission were not available. Many were never diagnosed, fell out of treatment and care programmes.

An estimated 1.1 million HIV infections among children under 15 have been averted, but disparity in access to treatment is hampering progress towards reaching a global goal of reducing new infections in children by 90 per cent, the United Nations Children's Fund (UNICEF) said today ahead of World AIDS Day.