UN Women/Gaganjit Singh Chandok
A gathering to promote the rights of girls and education for all in Barrod village of Rajasthan’s Alwar district (2012).
9 February 2015

A new United Nations human rights report seeking to analyse the problem of attacks against girls trying to access education found that schools in at least 70 different countries were attacked in the five years between 2009 and 2014, with many attacks specifically targeting girls, parents and teachers advocating for gender equality in education.

“Attacks against girls accessing education persist and, alarmingly, appear in some countries to be occurring with increasing regularity,” the background paper notes. “The educational rights of girls and women are often targeted due to the fact that they represent a challenge to existing gender and age-based systems of oppression.”

background paper, which will be presented to the Committee on the Elimination of Discrimination against Women (CEDAW) to contribute to the development of its general recommendation on access to education, and which will also be published in advance of the 2015 High-level Review of Security Council resolution 1325, points to significant progress made towards guaranteeing education for all in many countries, while noting that girls still face barriers to full enjoyment of rights to, within and through education.

The report notes several recent cases of attacks against girls accessing education, which have highlighted the fragility of achievements in increasing accessibility, availability, adaptability, acceptability and quality of education for all.

Among the examples are the murder in December 2014 of more than 100 children in a Pakistani Taliban attack at an army school in Peshawar, the abduction of nearly 300 schoolgirls in April 2014 by the Boko Haram movement in northeast Nigeria and the 2012 shooting of education activist Malala Yousafzai by members of the Taliban in Pakistan.

It also points to several incidents of poisoning and acid attacks against schoolgirls in Afghanistan between 2012 and 2014, the reported forced removal of girls from schools in Somalia to become 'wives' of Al-Shabaab fighters in 2010, and the abduction and rape of girls at a Christian school in India in July 2013.

Attacks on girls' education take several forms and in some instances are not explicitly motivated by the desire to deny girls an education but reflect, instead, the violence experienced by girls and women in all areas of their public and private lives, the report notes.

“Attacks involving sexual violence against teachers and girls in educational facilities or during the journey to or from them have been reported in the Democratic Republic of the Congo, El Salvador, Haiti, Indonesia, Iraq, Mali, Myanmar, the Philippines and Syria,” the paper notes.

Attacks of all varieties have a ripple effect, impacting the lives of girls and communities who are directly concerned, but also sending a signal to other parents and guardians that schools are not safe places for girls.

When girls are removed from education because of security fears and concerns about their subsequent marriageability, additional human rights violations may occur, like child and forced marriage, domestic violence, early pregnancy, exposure to other harmful practices, trafficking and sexual and labour exploitation.

Among the paper's conclusions and recommendations, it calls for measures to address the social, cultural, political, economic and security context within which violations occur, emphasising the need to improve the availability, accessibility, adaptability and acceptability of education for girls, while simultaneously launching programmes to tackle discriminatory cultural and social attitudes and practices.

Noting that transformation of unequal power structures based on gender and age is a lengthy and difficult process, the report also calls for the involvement of boys and men in the process of change. 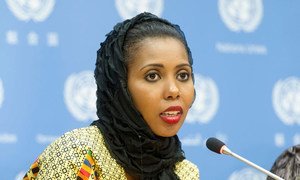